Top 6 Teams The Cavs Will Struggle Against This Season Cleveland has started to hold its breath after the Cavs’ 1-2 start to their highly anticipated season. While anxiety rests in the hearts of fans, it should not tamper with the mind. Naturally, the Cavs will have their issues this season; having the awareness to discover those threats early gives them plenty of time to work out the kinks. Along that tough road, these are the top 6 teams Cavs Nation believe the Cavaliers will struggle with and learn most from this season. Start the countdown at #6 on the next page! 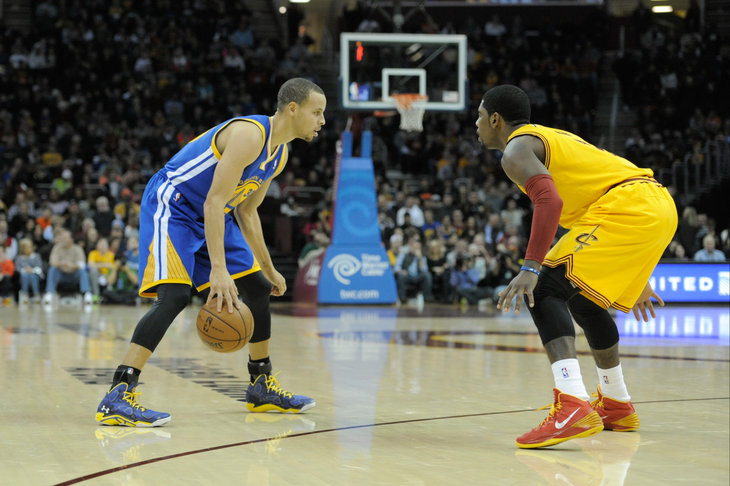 Coming at number six is Golden State. This past off season the Warriors duo of Stephen Curry and Klay Thompson made headlines when they claimed to have the best backcourt in the NBA. This statement was quickly debated and mimicked by backcourts in other cities like Washington and Cleveland. Regardless who might believe they are the best there can be no denying that the Warriors backcourt duo has been one of the most successful in recent memory. This has been to the precision passing, offensive schemes and most importantly, excellent shooting of the Warriors guards. Their uncanny ability to hit clutch shots, often times while being fouled, makes it very hard for other teams to contain them defensively. To complement their excellent shooters are great role players in Andre Iguodala, Draymond Green, and Harrison Barnes. These player are all good at both shooting and defending multiple positions, something that will be clearly relied upon by first year Head Coach Steve Kerr. The Warriors also boast great big men in Andrew Bogut, David Lee and Mareese Speights. With such a well-rounded and young core the Cavaliers will have their hands full when they go on the road to face the Golden State on January 9th.

Like the Bulls the Memphis Grizzlies boast one of the league’s best defenses and some of the most talented big men on the planet, leading to their ranking of fifth on this list. Dating back to last October the Grizzlies have ranked as one of the top three defenses in the league and top eight in steals. The focal points of this team are its center and power forward, All-stars Zach Randolph and Marc Gasol. These big men are great both offensively (especially with their passing skills) and defensively as they consistently find ways to play tough defense without filing while getting to the foul line themselves. The play of guard Tony Allen is especially great as he is an excellent defender and can guard everyone from point guards to athletic forwards like LeBron James. Their defense and intensity was best exhibited when they took the eventual-NBA champion San Antonio Spurs to seven games in the first round of last year’s NBA playoffs. The Grizzlies got the best of the Cavs in their preseason matchup on Oct 22nd when they won 96-92 in a game where they simply outworked the Wine and Gold on defense. The Cavs will undoubtedly have to match their intensity when they face off again on December 21st. The team that LeBron James played on for the last four seasons is still very much a contender in the first season after his departure, making them fourth on this list. With the exception of James, the Heat have virtually the same roster they had last season which means they have the same experience, toughness and chemistry that took them to four straight Eastern Conference Finals. This season the offense has revolved more around the talents of All-star power forward Chris Bosh and so far the results have been great, culminating in a strnog 3-1 start to the season. This season the Heat have added to their roster this season Luol Deng (who himself played for the Cavs for part of last season), Danny Granger and Josh McRoberts. The results have been positive: the Heat are currently ranked second in points scored per game, third in assists per game and third in steals per game. The Cavaliers beat the Heat 122-119 in an overtime thriller during the recent NBA preseason, but they will have to work to keep up their offensive and defensive efficiency leading up to their Christmas showdown on South Beach.

Few teams in the league are as deep and well-rounded as the Mavericks, which is why they are ranked at number three. The Mavericks exhibited their stifling defense and elite ball movement during their 108-102 preseason win over the Wine and Gold in last month. Led by NBA vets Dirk Nowitzki, Monta Ellis and Tyson Chandler the Mavericks have an experienced core of talent that so far this season are meshing well with 1st year Mavericks Jameer Nelson and Chandler Parsons. Dating back from last October the Mavs have been ranked in the top 8 teams in NBA in both points scored per game and assists, statistics that clearly speak to their great team schemes and excellent team chemistry. The Cavs will have a few months to figure out how to navigate the Mavericks tough defense and fluid offense before the next matchup on January 4th. Coming in at number two is San Antonio. The Cavaliers will host the defending NBA champion Spurs on November 19th in what is sure to be an epic battle of NBA Big 3’s at different stages of their respective careers. The Spurs potent combo of Tim Duncan, Tony Parker and Manu Ginobili has been one of the most effective trio’s in the history of the sport and has allowed the Spurs to play at historically-efficient levels en route to multiple championships in recent years. The Spurs are currently ranked first in the NBA in turnover differential, a remarkable feat considering they were ranked eighth last season. Their careful handling of the ball throughout games will surely limit the Cavs’ chances of getting fastbreak points and causing turnovers. The Spurs big 3 is complemented by a collection of budding stars and seasoned veterans like NBA Finals MVP Kawhi Leonard, Danny Green and Boris Diaw. Clearly the Spurs have the championship mettle to repeat as champions so it will be up to the Cavs to develop the same chemistry and toughness this season. 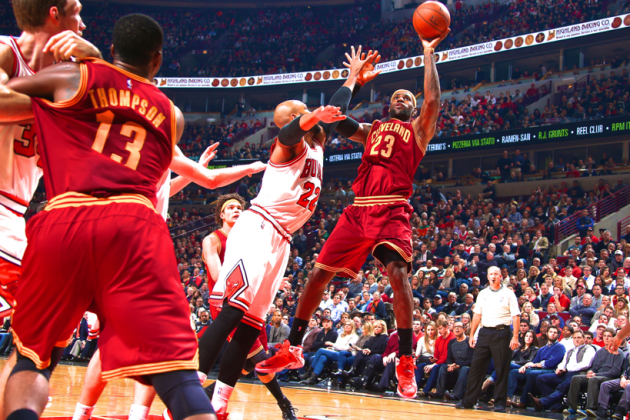 The Bulls top this list for a couple of reasons. As proven by their play thus far this season they are a team with seemingly endless talent at all positions and have a trio of some of the most skilled big men in the NBA in reigning Defensive Player of the Year Joakim Noah, 2x NBA champion Pau Gasol and Taj Gibson. The Bulls play at a high level both defensively (led the league in points allowed last season) and offensively (currently ranked sixth in points scored), something that is sure to give the Cavs matchup problems in the regular season and potentially, the postseason. Another reason they Cavs will have a tough time beating them is due to the return of the ultra-explosive and ever-elusive Derrick Rose. When healthy they former MVP guard is a handful to deal with as he can score at will and defensively match up with the Cavs guards. In their first matchup on October 31st the Cavs emerged victorious, but the win did not come easily and is sure to be just as difficult when they face off next on January 19.