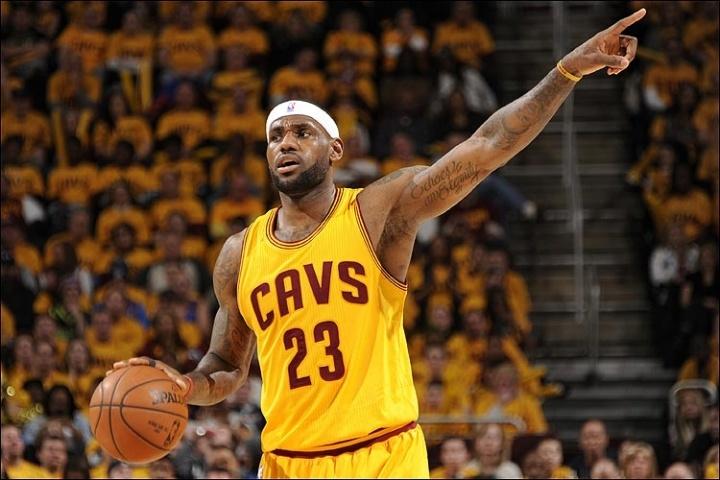 The Cavs are 18-3 in their last 21 games, but there is still plenty of basketball to be played before the playoffs. Their recent hot streak has revealed some strengths that fans had yet to see this season. If the X-Factors that have led us to where we are now continue, Cavs fans should look forward to an extended playoff run. We look at the top 5 X-Factors of the Cavs season thus far, starting with number 5:

The mid-season trades that David Griffin pulled off for Timofey Mozgov, J.R. Smith, and Iman Shumpert were the spark that the Cavs needed to turn their season around. The three have taken little to no time to fit in with their teammates and change the culture in the locker room. Many reports speculate that prior to the trade there was little belief that the Cavs had a championship roster. They clearly do now.

Click “Next” to see the fourth most important X-Factor for the Cavs!

Surprisingly, early on in the winning stretch for the Cavs, Kevin Love did not play well. The Cavs won games nonetheless, as other role players consistently stepped up. With some level of inconsistent shooting on Love’s part, the Cavs have needed, and gotten, solid production from a 3rd scorer behind LeBron and Kyrie. Whether it was J.R., Mozgov, or even defensive specialist Iman Shumpert, the Cavs have had support on the offensive end almost every night.

Click “Next” to see the third most important X-Factor for the Cavs! Coach Blatt has given the green light to most of team, and they have responded with sky high confidence from behind the 3-point line. The spacing and tempo on offense have led to more 3-point opportunities, and the Cavs have capitalized. This weapon has proven difficult for opponents to match up with. The Cavs have multiple line up options that feature four, and sometimes five, 3-point threats. The diversity of our options will continue to open up opportunities, and the Cavs will be difficult to beat if they continue to take advantage of them.

Click “Next” to see the second most important X-Factor for the Cavs!

There is no bigger X factor than the 4-time MVP. LeBron’s resurgence has not only helped the Cavs find their identity, but it has also helped him squash any doubt that he is still the best player in the world. As far as the competition in the eastern conference goes, the Cavs simply have LeBron, and the other teams don’t. Regardless of which playoff seed the Cavs finish the season with, they should be confident that they can beat anyone on any given night because of LeBron’s impact on the game.

Click “Next” to see the top X-Factor for the Cavs! We can admit it. The defense that led to the Cavs 19-20 start to the season was difficult to watch. Since the trades, and since LeBron’s sabbatical, the tone has changed. The team is 18-3 since that time, and their defense is almost more glaringly different than their offense. The numbers can be analyzed to prove the advances on that end of the floor, but all fans really need to see is the effort. Kyrie Irving and JR Smith are fighting over screens, Kevin Love and Timofey Mozgov are more physical than ever, and LeBron is active in the passing lanes. If this continues, we should remain the favorite in the east.