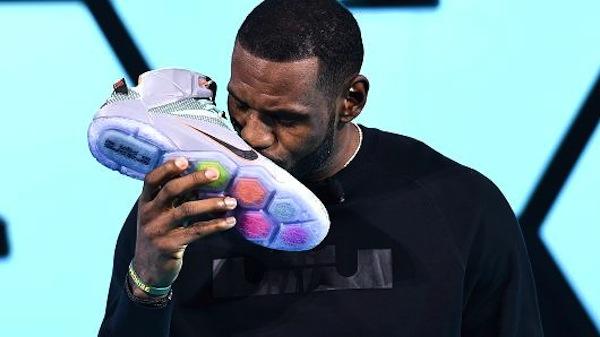 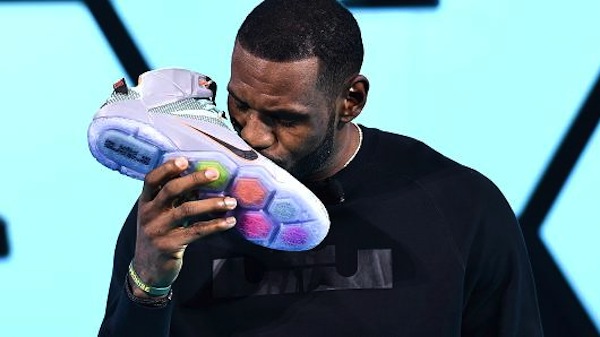 Before the 2003-2004 season, Nike joined LeBron James in his leap of faith from high school to the pros. Back then, that decision faced plenty of scrutiny and people felt Nike was becoming desperate to find its replacement for the next Michael Jordan; enough to throw $90 million dollars at an 18-year-old who became a multi-millionaire before he was even drafted.

LeBron released a series of signature sneakers throughout his time in Cleveland, some the best of his career and the most lucrative to Nike. Let’s take a look our top 5 LBJ kicks as a Cavalier. Start the countdown on the next page!

These shoes represent history for LeBron James. They end up at #5 on this list simply due to that fact they were the first Nike’s. These were the shoes that were worn during LeBron’s amazing first dunk. There were several color variations of this shoe, but this is an original and deserves to be on this list.

This was a variation of the colorway of the LeBron 20.5.5 with metallic gold straps. These shoes truly represented the “gold” in the Cavaliers Wine and Gold theme. Compared to his other shoes, this style is more simple and sharp.

These shoes are just down right amazing! Vibrant and worn originally with the throw back orange Cavs’ uniforms, these kicks feature a reflective 3M strap, white Foamposite upper, and Fruity Pebbles on the midsole to go along with the multi-colored rubber translucent outsole of the shoe. Who says you need Wheaties to be an All-Star?

Of all of his flashy, designer shoes, this is probably LeBron’s most humbling pair. The SVSM Zoom LeBron VI actually were worn during a game by L23 himself; it fully embodies respect, pride and gratitude to the place where LeBron came from and grew up.

This is by far the coolest LeBron signature sneaker that has yet to be officially released. A part LeBron’s newest Armorposite Nike lineup, this shoe releases on October 12th and will retail for $200 in mens sizes. The shoe is simply dynamic, more sexy than any other basketball shoe we’ve ever seen. These LeBron’s will come with plenty of color schemes, both inline and player exclusive; the options will make choosing from an endless buffet seem simple: