Top 5 Centers The Cavs Could Acquire Before The Trade Deadline 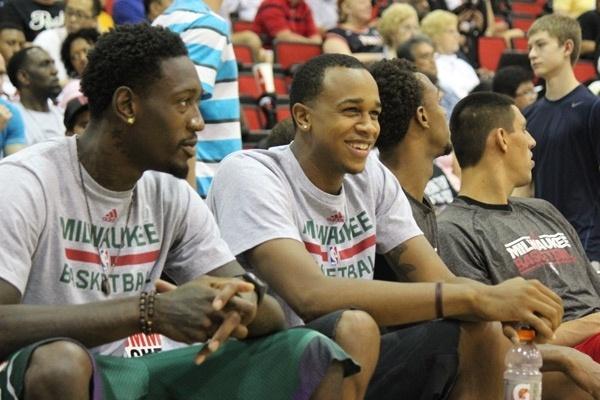 The addition of Timofey Mozgov has proven valuable to the Cavs on both ends of the floor. Mozgov’s style of play has adorn himself to his teammates and Cavs fans. The loss of Anderson Varejao for the season still leaves the front court in need of help, though, so look for the Cavs to be active at the trade deadline trying to find a fourth big man to help throughout the playoff run. Here are five options that the Cavs could look to, starting with the elder Plumlee down in Phoenix

The hyper-athletic Plumlee would look great catching lobs for the Wine and Gold. The Cavs have become an almost unguardable pick-and-roll team, with many of those plays ending with our bigs finishing at the rim. This is where Plumlee would earn his paycheck in Cleveland. Like Mozgov, he runs the floor very hard, and like Tristan, he is active on the boards. The difference that he would bring is his ability to play a level higher above the rim than the rest of our front line. If he could play that high above the rim on defense, his value would increase dramatically. Henson is a defensive specialist with an unpolished offensive game. His presence in the Cavs lineup would support the second unit with his length and ability to protect the rim, but he is not advanced or skilled enough offensively to be a difference maker on that end of the floor. He is still locked in to his reasonable rookie contract, which could be a trade asset next year if Anderson Varejao comes back healthy. Kanter and his agent have been actively seeking a way out of Utah because of the development of Rudy Gobert as a compliment to frontcourt mate Derrick Favors. Kanter is a skilled young big man, and has the potential to be a strong contributor on a good team. His skills would probably be better received in the east, where there is not such a wealth of frontcourt talent from the top to the bottom of the conference. He also fits the mold of European big guys that Coach Blatt seems to be able to assimilate with so quickly. Top 5 Cavs’ Goals For The Second Half Of The Season

Bass is in the last year of his contract with the Celtics, and his veteran status does not fit in with the Celtics present or future plans. Bass is a physical big man with a consistent mid-range jump shot. He also possesses the professional maturity that the other players on this list do not. He would be a great fit at a reasonable price for at least the rest of this season, but after that Bass would likely pursue a long term deal at a higher cost than the Cavs would be willing to pay. Financially, Sanders could be a great fit in Cleveland. If Milwaukee is able to complete a buyout, then the Cavs could sign the shot blocker off waivers at a league minimum. However, Sanders has been unable to stay on the court due to injuries and suspension, and has been labeled as a chemistry killer off the court. There is probably too much to risk for the Cavs in bringing in a personality like Sanders, regardless of how appealing his actual price tag may be.