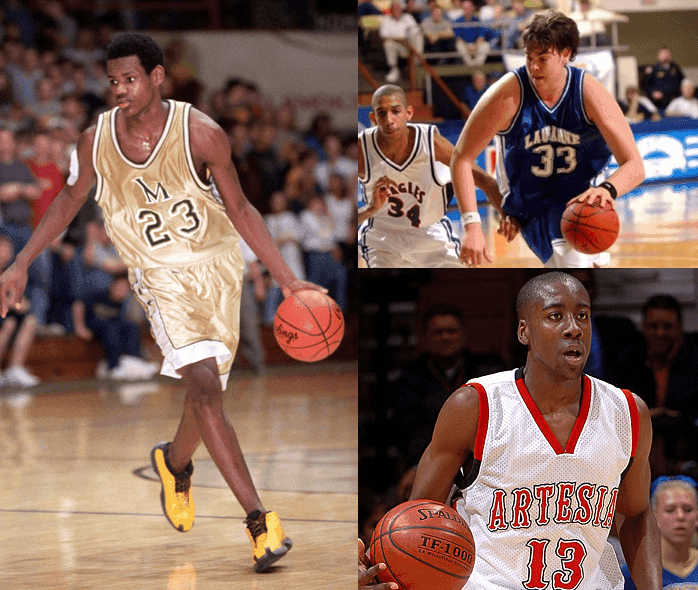 The NBA has some of the best athletes ever. From the high-flying dunkers to the incredible shooters, the superstars of the NBA are one of a kind. But before they were superstars, they were regular high school kids who were just a little better at basketball than the rest of us. Here, we’ll take a look at the top 15 NBA superstars and their high school photos, back when they were still vying for that basketball dream.

Kevin Love went to Lake Oswego High School and played for the Lakers. Love upped his numbers every year, and averaged 33.9 points, 17.0 rebounds, and 4.0 assists per game in his senior season. Love led his team to their third straight state championship game, but lost in a rematch of the prior year’s final to South Medford High School and Love’s rival Kyle Singler, despite 37 points from Love.

Paul George is a Caifornia native, and attended Knight High School in Palmdale. He averaged 23.2 points and 11.2 rebounds in his senior season. Surprisingly, George wasn’t a highly recruited player coming out of high school and the website Rivals.com had him labeled as a three-star recruit. Less than 10 years later, George is already a multiple time All-Star. D-Wade went to high school in Harold L. Richards High School in Oak Lawn, Illinois. Wade averaged 27 points and 11 rebounds per game in his senior season while leading his team to a 24–5 record. During his final season, he set school records for points (676) and steals (106) in a season. 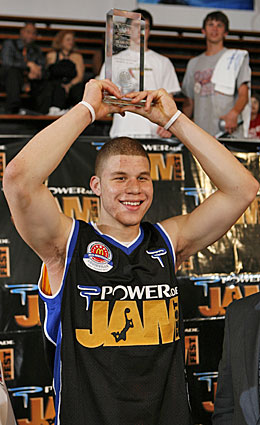 Griffin went to high school at Oklahoma Christian School, and posted a perfect 29–0 season in his rookie season, and won the Class 3A boys state championship game. During his senior year, James averaged 26.8 points, 15.1 rebounds, 4.9 assists and 2.9 blocks per game as a senior while leading the team to a 26–3 record 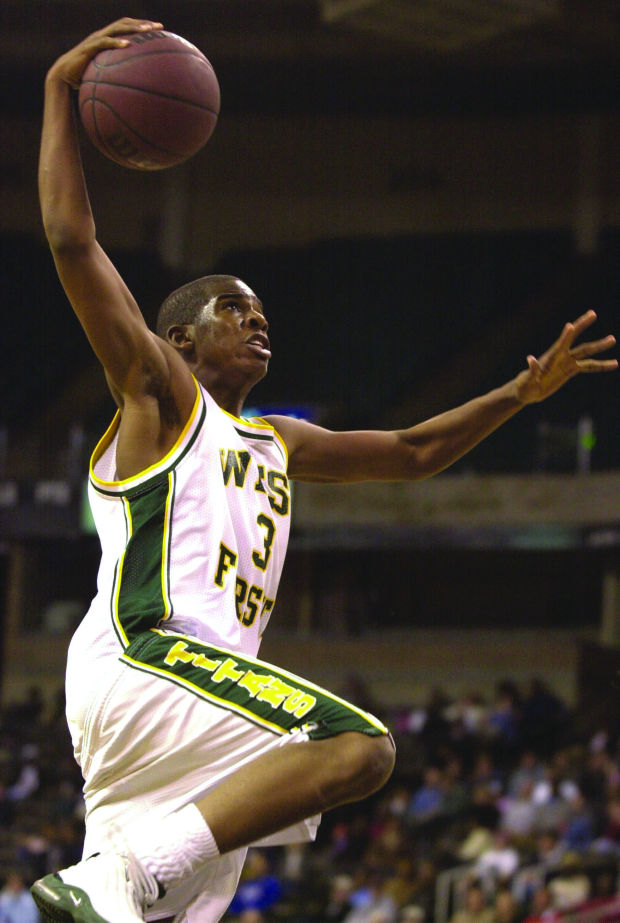 Paul attended West Forsyth High School in Clemmons, North Carolina. He played very well in his first three seasons, but had a spectacular senior season with 30.8 points, 5.9 rebounds, 9.5 assists, and six steals per game. He was also able to lead West Forsyth to a 27–3 record and the Class 4A Eastern Regional finals. 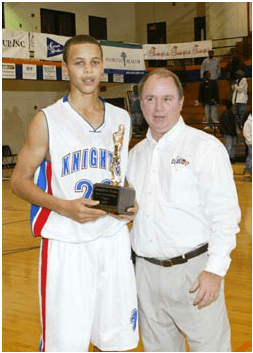 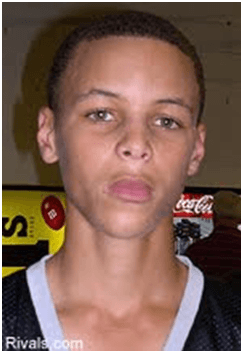 Stephen Curry moved around a lot as a kid. He was born in Akron, Ohio, but moved to Charlotte, North Carolina where his father, Dell, played for the Hornets. Curry went to high school at Charlotte Christian where he was named to the All-State team, the All-Conference team, and led the Knights to three conference titles and three state playoff appearances. He didn’t get any scholarship offers from major-conference schools, and he ended up going to Davidson. 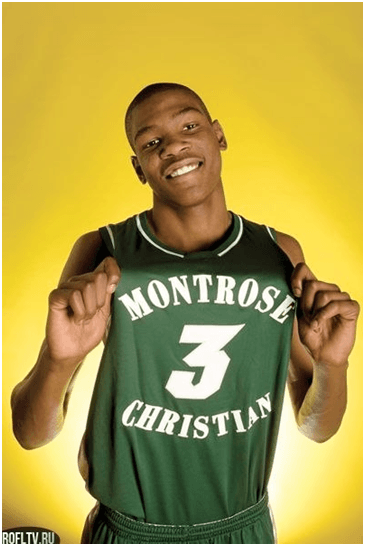 Durant started out his high school career at National Christian Academy before moving to Oak Hill Academy, where he only played a single year. For this senior year, Durant transferred to Montrose Christian School, growing five inches before the start of the season and starting the season at six feet, seven inches!

Durant wears #35 as his jersey number in honor of his AAU coach Charles Craig, who was murdered at the age of 35. 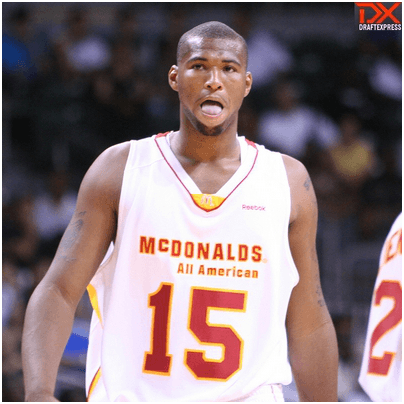 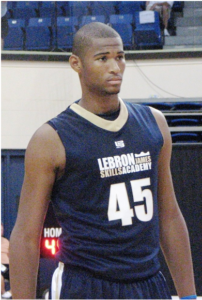 Cousins attended LeFlore Magnet High School in Mobile, Alabama. He was named to play in the 2009 McDonald’s All-American Boys Game and led LeFlore to the Alabama class 6A Final Four against Hillcrest, but lost that game to his future Kentucky teammate Eric Bledsoe. 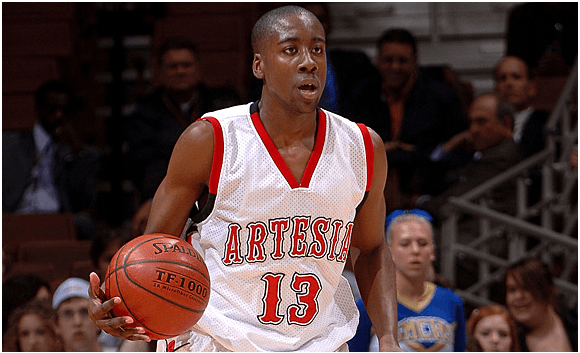 Harden attended Artesia High School out in Lakewood, California. He led Artesia to back-to-back California state championships after leading his team to a 33-1 record his junior year and a 33-2 record his senior year. In those two years, Harden averaged 18.8 points, 7.8 rebounds, and 3.7 assists per game. 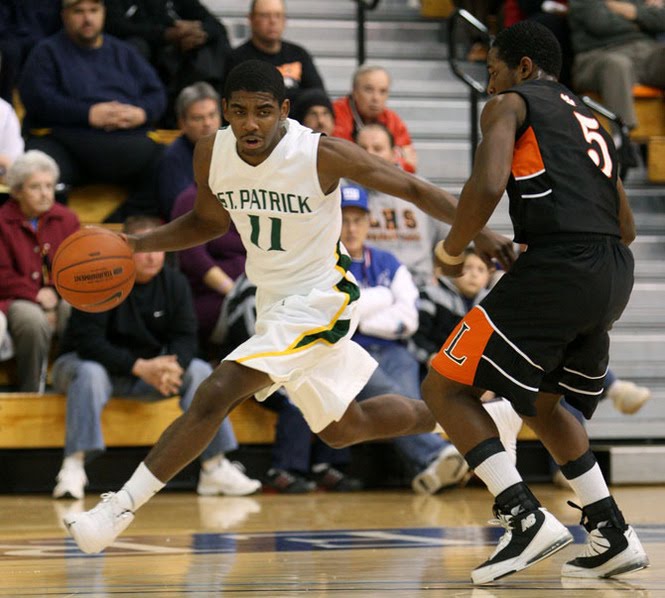 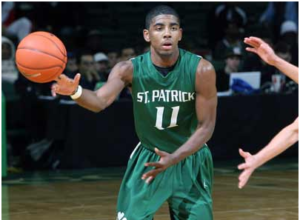 Irving started his high school career with Montclaire Kimberly Academy. He played there for two years, averaging 26.5 points, 10.3 assists, 4.8 rebounds and 3.6 steals his freshman year, become the school’s second 1,000 point scorer in just his first season. After leading his team to the state championship, Irving transferred to St. Patrick HS for a more challenging basketball experience. He averaged 17.0 points, 5.0 rebounds, 6.0 assists, and 2.0 steals in his first season at St. Patrick his junior year and then 24.0 points, 5.0 rebounds, and 7.0 assists in his senior year. 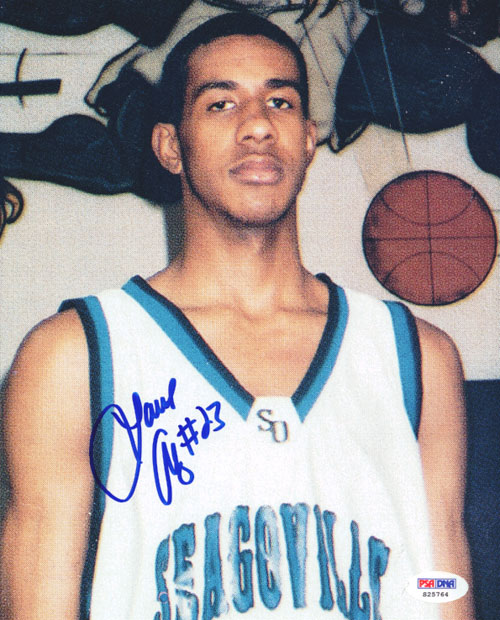 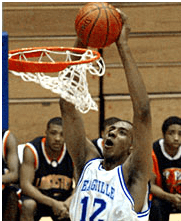 LaMarcus Aldridge attended Seagoville High School, where he was a Parade All-American and TABC (Texas Association of Basketball Coaches) Class 4A Player of the Year. Going into college, he was considered the four center in the nation and number 16 player overall. 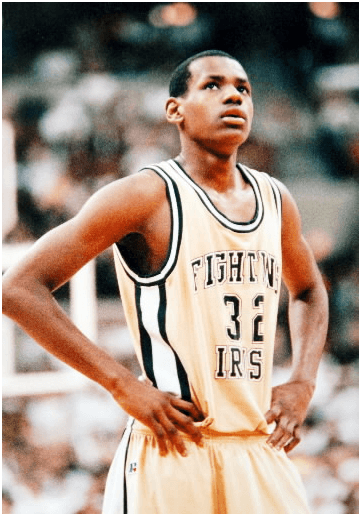 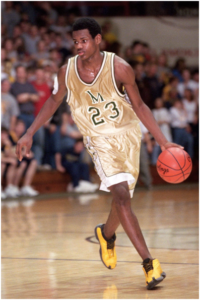 James attended St. Vincent-St. Mary high school and played both basketball and football, excelling in both. James averaged 21 points and 6 boards per game his freshmen year, leading the Fighting Irish to a 27-0 record and a state title. The next year was even more impressive, as James averaged 25.2 points, 7.2 rebounds, 5.8 assists, and 3.8 steals per game, as well as another state championship. James was also the first sophomore to be named to the USA Today All-USA first time. He only continued to get better, as he averaged 29 points, 8.3 boards, 5.7 assists and 3.3 steals per game. James was named Ohio’s MR. Basketball and made it on USA Today’s First Team again, as well as becoming the first junior to win Gatorade’s National Player of the Year. After his junior season, James contemplated entering the NBA draft by petitioning the league’s draft eligibility rules but was unsuccessful. James’ senior year was impressive as well, improving upon all of his stats and being named to the USA Today All-USA basketball team, as well as being named Ohio’s Mr. Basketball and the Gatorade National Player of the Year. 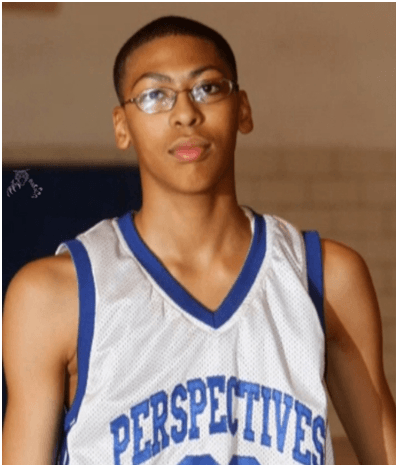 Davis played for Perspectives Charter High School, where he attended since sixth grade. Davis hit an incredible growth spurt, as he ended his freshman year at a height of six feet. He started his sophomore season at 6’1″ and finished it at 6’4″. Davis grew to 6’7″ in his junior year, an unimaginable spurt that surprisingly caused him no knee pain whatsoever. Davis was practically unnoticed by any basketball scouts and recruiters because of the low division basketball league that he played in (Chicago Public League) until the spring of 2010, where he was offered his first scholarship from Syracuse University. During his senior season, Davis grew all the way to 6’10”, and finished out his senior season with a regional semifinals loss. He averaged 32 points, 22 rebounds, and seven blocks playing the guard position for the most part. 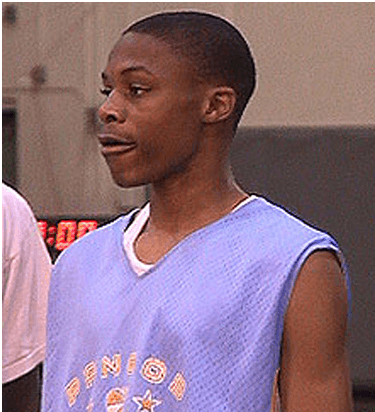 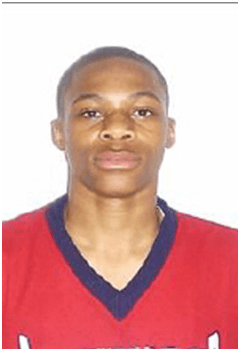 Westbrook attended Leuzinger High School in Lawndale, California. He was 5’8, 140-pounds, and wore size 14 shoes! Russell had a quiet first two seasons until he become the varsity starter in his junior season. Although he received his first recruitment letter after his junior year, his senior year is what had people looking his way. Westbrook averaged 25.1 points, 8.7 rebounds, 2.3 assists, and 3.1 steals, leading his team to a 25-4 record. He had 14 double-doubles that year and a career-high 51 points against Carson High School. 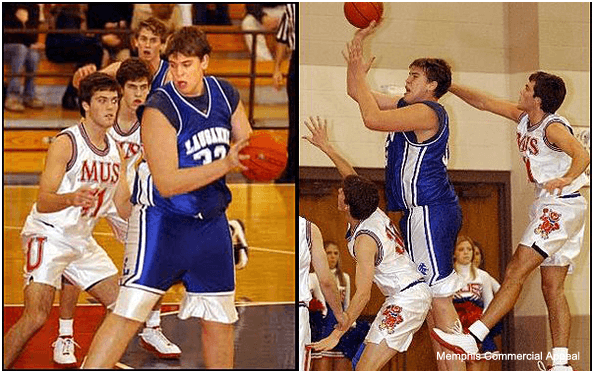 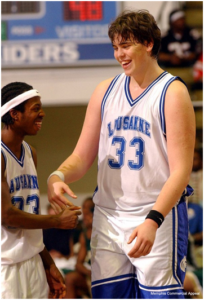 Gasol grew up in Barcelona, Spain, but moved to the Memphis area when his brother Pau was drafted by the Hawks and traded to the Grizzlies. Gasol attended and played high school basketball at Lausanne Collegiate School in Memphis. According to Grantland, he was nicknamed “the Big Burrito” in high school, where he was named the 2003 Division II Mr. Basketball after his senior year with averages of 26 points, 13 rebounds and six blocks per game.