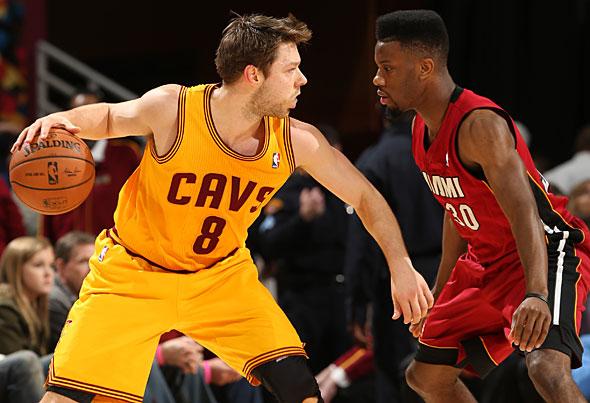 The 2015 trade deadline is only a day away, and there are rumors swirling about which teams are positioning themselves to make a move. There are always surprises in the league at this time of year, but here are 10 players that Cavs Nation thinks are the most likely to be traded this week, starting with a pair of teammates from the Western Conference:

Phoenix has backed themselves into a corner with their 3-headed point guard approach, and Goran Dragic has formally told the Suns he would like to be traded as he is no longer willing to re-sign with them in the offseason. But in an effort to please Dragic and convince him to re-sign this offseason, Isaiah Thomas is likely be on the trading block as well. There are very few who believe that they will be able to secure the 8th seed in the West with the surging Thunder nipping at their heels along with the Anthony Davis-led Pelicans, so the Suns should be interested in making a move to help their chances for now as well as the future.

Cole was always very highly valued by the Heat and seemed determined to keep him. That is, until this season, when they signed Mario Chalmers to a new contract, drafted Shabazz Napier, and recently signed D-League standout Tyler Johnson for the rest of the year. Add in a healthy Wade into the mix, and Cole is doing a lot of fighting for consistent minutes in the Miami rotation. The Heat have been in the Goran Dragic mix, so things might be getting tougher for Cole. With his rookie deal ending this summer and reports that Cole may be looking back home at Ohio, the Heat may look to move him and get something out of him while they still can. The veteran big man has seen little-to-no playing time in Cleveland, even with the shortage of players at the front line positions. He does, however, possess a very value-friendly contract that a team looking to build for the future might be interested in. What the Cavs are able to get back for him will likely determine if he finishes the season with the team. There are plenty of teams in the NBA looking to improve their depth at the wing position, and Chandler would be a good fit for several of those teams. Chandler is a streaky shooter, a solid defender, and a very athletic player who might benefit from a change of scenery. Portland has been actively interested in Chandler as an insurance policy for the under-performing and oft-injured Nicolas Batum. If the former dunk contest champion is to be moved, it could be as part of a deal that involves one of the point guards on his team. Green will be an unrestricted free agent at the end of this season, and will likely leave Phoenix, giving them nothing in return. Now would be a good time for the Suns to capitalize on his contract ending. With George Karl taking over as head coach in Sacramento, the Kings are looking to bring some stability and veteran savvy to their backcourt. Afflalo has been involved in trade rumors before, but the reunion between he and Coach Karl seems like a good fit. Afflalo is a strong defender, solid shooter and a good leader. Sacramento is a team that does not have a good reputation in terms of leadership, so his presence would help.

The Australian point guard has filled in admirably as Kyrie Irving’s backup, but the front office and the fan base has little confidence in him as a viable long term solution at that position on a championship contending team. He also has a favorable contract, but would likely need to be packaged with another player or asset in order for the Cavs to get the type of player that they want to back up Irving. Any trade involving Johnson will be a complete salary dump for the Brooklyn Nets. The Nets have the worst financial standing of any team in the NBA, and unloading Johnson’s contract will help immensely. The Nets will need a deep-pocketed owner to take on such a deal, as Johnson is owed almost $25 million next year. The Detroit Pistons have shown interest in making a deal for Johnson work for them. The latest rumors have the Knicks and Lakers showing interest in the athletic Plumlee, along with the Cavaliers. His stock is somewhat diminished by the guard-heavy Suns rotation, but he can still fill a role as a rebounder and finisher in an up-tempo offense. Lopez, when healthy, is an All Star center with very appealing skills for a big man. He can play with his back to the basket, or in the pick-and-pop game as a catch-and-shoot guy. His contract for an injury prone player is a road block to any potential deal, however, and Brooklyn would likely need to take back multiple players or include a third team in any trade for Lopez.