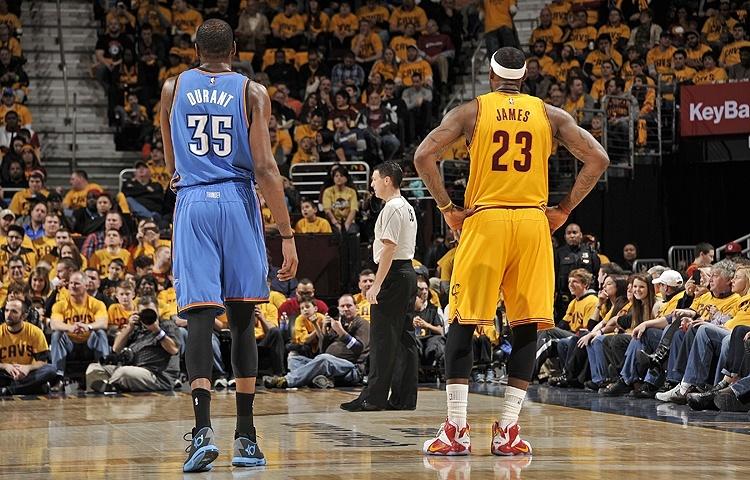 With less than a third of the NBA regular season remaining, the intensity is rising as teams are making their push for playoff positioning. The best of the best individual players are all shining the brightest in crunch time, with each of them standing out and helping their teams win in different ways. Here are Cavs Nation’s player power rankings heading into the race to the playoffs:

After aggravating his shoulder, Kyrie Irving’s presence was sorely missed this week against the Pacers and Rockets. His ball handling skills are widely regarded as the best in the NBA, and his ability to finish at the rim and in traffic are being compared to Tony Parker. He has improved his effort on the defensive end this year, which has helped the Cavs to increase their tempo. He is thriving in the fast-paced Cavs offense, whether he has the ball and is attacking the rim, or if he is spotting up for open 3s. If he is healthy, he is as difficult to stay in front of as any point guard in the league.

Click “Next” to see the ninth best player in our power rankings! The elder Gasol has had an absolute rejuvenation coming to Chicago where he could play his style of game under head coach Tom Thibodeau. He’s averaged 18.2 points, 12.1 rebounds, 2.9 assists, and 2.1 blocks in 34.8 minutes for the Bulls this season after a slight decline last season as a Laker with 17.4 points, 9.7 rebounds, 3.4 assists, and 1.5 blocks. With Derrick Rose and now Jimmy Butler out, it would seem that the Bulls belong to Gasol, who will be the focal point of the offense going forward.

Click “Next” to see the eighth best player in our power rankings! He doesn’t have Curry’s jump shot, or Westbrook’s athleticism, but he is as complete a point guard as there is in the NBA. He is getting 18 points and 10 assists per game in the ultra-competitive west, and is also responsible for covering a dynamic point guard almost every night out. He led the Clippers to impressive road wins this week in Memphis and Chicago, compiling averages of 23.5 points and 12.5 assists in the two contests.

Click “Next” to see the seventh best player in our power rankings! You wouldn’t know it to watch him play, but Aldridge should actually not be playing right now. Aldridge decided to forgo surgery on an injured thumb until the offseason, electing to play through the pain and help the Trail Blazers make the most of the strong season they are having. He is averaging 23 point and 10 rebounds, along with more than a block per game. Perhaps most importantly, he has expanded his game to the three-point line this year, opening up the lane for Damian Lillard.

Click “Next” to see the sixth best player in our power rankings! The MVP chatter from early in the season has ended, but Gasol has still played at a high quality level all season long. He is a consistent 18 points and 8 rebounds per game guy, and anchors what is probably the most physical defense in the NBA. His skills from the high and low post make him and the Grizzlies a difficult matchup for anyone in the western conference.

Click “Next” to see the fifth best player in our power rankings! Without his most recent shoulder injury, he may be higher on this list. He is a threat on both ends of the court, and may be the front runner for Defensive Player of the Year. The Pelicans hope to have him back soon to anchor their own run at the 8-seed in the western conference. They currently sit just a half game behind OKC, and Davis will certainly have something to say about who gets the last spot.

Click “Next” to see the best fourth player in our power rankings! The other favorite for MVP this year is Stephen Curry, and he is quietly going about his business and keeping the Warriors atop the western conference. He helped Golden State bounce back from a tough loss in Cleveland with a blowout win in Toronto, scoring 22 points. More impressive, though, was the 37 he scored in a 26-point come from behind win in Boston. Since the loss to the Cavs, he is an efficient 22-35 from the field.

Click “Next” to see the third best player in our power rankings! 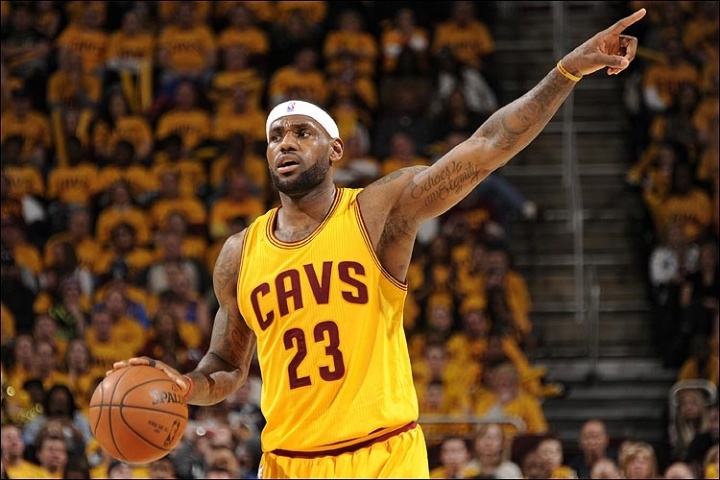 Even with a bad loss to James Harden and the Rockets, the King is still the King. LeBron made his point this week with 42 points and 11 rebounds against the league leading Warriors. He has steadily dominated in all areas of the game over the past 6 weeks; a stretch that has put the league on notice that he won’t be handing over his MVP crown without a fight.

Click “Next” to see the second best player in our power rankings! Westbrook is as explosive a point guard as the NBA has ever seen. In his last three games he has tallied 99 points, 38 rebounds and 32 assists. The string of three consecutive triple-doubles is the first of its kind since LeBron did it in 2009, and it has been enough to keep the Thunder on pace to steal the 8 seed in the west while Kevin Durant heals from a foot injury. His play has been inspired on both ends of the floor, as he is simply doing everything that the team is needing in order to win games.

Click “Next” to see the best player in our power rankings! Harden has been playing at an MVP level for most of the season, and with Dwight Howard out for an extended period of time, the offense revolves even more around him. He leads the league in scoring and in free throw attempts with a style of play that makes him almost as unwatchable as he is unguardable. His efficient performance against LeBron and the Cavs on Sunday was a statement that, at least as far as he believes, he can’t be guarded one-on-one. He might be right.