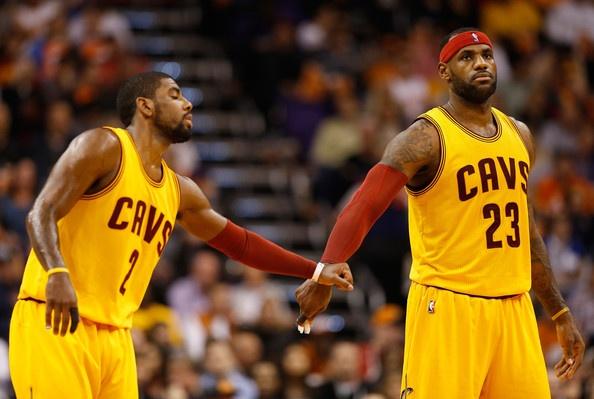 With Kyrie Irving’s recent 55-point explosion still fresh in our minds, we wanted to list down the ten best single game performances in Cavalier history and see how Uncle Drew’s Kyridiculous performance stacks up against the best that other Cavalier players past and present had to offer. Other factors outside the box-score were also considered in determining this list such as the gravity of each game’s situation and the player’s status. We start the countdown with the number 10 performance:

Anderson Varejao was a man possessed producing Shaq-like numbers in a Cavalier loss to the Nets. He scored a career-high 35 points shooting 76% from the field while going beast mode off the glass with 18 rebounds. The Wild Thing was let loose in Brooklyn.

Talk about being in the zone; Phil Hubbard was absolutely unconscious in a loss against the Lakers when he made 15 consecutive shots. He still holds the Cavalier record for most shots made in succession.

Arguably the best shooting guard to wear the Wine and Gold jersey, Ron Harper’s talent was in full display in a loss to Sixers. He was scoring, hustling, and making plays, but the highlight of the night was his 10 steals which, up to this day, is the most steals in a game by a Cavalier while being tied for second most in NBA history.

Walt Wesley, top row/ middle, wore number 44. He first played for the Cincinnati Royals and was in Cleveland for only two years. But when he donned the Cavalier jersey against the Royals, he was a man on a mission. Wesley exploded in the second half for 34 points en route to 50 that night as he made 20 field goals in total. His second-half scoring and buckets made for the whole game are both Cavalier records up to now. 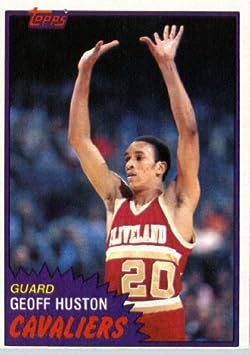 Cleveland has had its share of notable point guards through the years from Lenny Wilkens and Mark Price to Terrell Brandon and Kyrie Irving. But none of them were able to surpass what a certain Geoff Huston did when he led the Cavaliers to a win over the Warriors. Huston dished out 27 dimes, a Cavalier record, and also scored 24 points on that historic evening.

On one March evening, LeBron James visited Toronto and left with a Cavalier scoring record. He was making buckets at will ending up with 56 points on an efficient 50% shooting from the field. Albeit losing to the Raptors that night, King James took his game to another level with that performance. An unassuming but gritty young point guard in Daniel Gibson scored 19 4th quarter points in Game 6 of the 2007 Eastern Conference Finals leading the Cleveland Cavaliers to their first ever NBA Finals appearance. The 42nd overall pick in the 2006 draft “Boobie-trapped” a veteran Pistons team splashing threes and getting to the line at will. Detroit never knew what hit them.

Without the team’s leading scorer, Kyrie Irving took on the scoring load as he got hot against the Blazers from start to finish, ending it in the dying seconds where he splashed the game-winning three-pointer. Uncle Drew owned the arc as he set a Cavaliers record with 11 made three-pointers in a game. At the Mecca of basketball where the lights shined bright, LeBron James put on a show for the ages as he registered an insane line which was initially recorded as a triple double until the league took back a rebound from his total. Nevertheless, it only added more color to a dazzling display of all around greatness in a Cavalier win.

The stats look great yet nowhere near record setting. But given the stakes and the situation, this performance by LeBron James trumps them all. It was a surreal experience watching an already exhausted James dominate the modern day version of the Pistons’ “Bad Boys” as he scored the Cavs’ final 25 points (29 of the last 30) in a double overtime thriller at the Palace of Auburn Hills. The Pistons have been the nasty monkeys on LeBron’s back until he made every play that mattered most to sink Detroit almost single-handedly.