Top 10 NBA Players With The Most MVP Awards 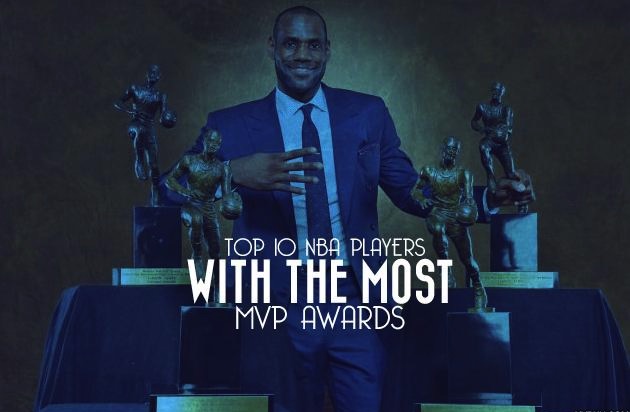 Mel Davis was an incredible player in the NBA who put up incredible stats every night. Daniels won 2 regular season MVPs over the course of his career in the league.

Continue with #9 on the next page!

Moses Malone is an NBA Hall of Famer and a leader on the all time scoring list. During his career in the NBA, Malone earned 3 MVP awards.

Magic Johnson is an NBA Hall of Famer who is a leader on the all time career assists list. During his time in the league, Magic won 3 career MVP awards.

Julius Erving is an NBA Hall of Famer who has an incredible list of accomplishments. During his career in the league, Erving earned 3 MVP awards.

Larry Bird is almost featured in every NBA record list whether it be scoring, assists, or numerous other awards. During his legendary career in the NBA as a Boston Celtic, Bird earned 3 MVP awards.

LeBron James is in his prime in the NBA right now and is already considered one of the best players to ever play the game. In his career so far, LeBron has already won 4 MVP awards.

Wilt Chamberlain will be remembered as one of the greatest scorers in the NBA. On top of his incredible scoring abilities, Chamberlain was a great all around player as he won 4 MVP awards.

Bill Russell was an absolute magician when it came to NBA Championships as he won 11 of them with the Boston Celtics. Russell was an incredible player and as a result of his talents on the court, he earned 5 MVP awards during his career.

Michael Jordan will always be mentioned whenever greatness and the NBA are discussed. Over the course of his successful career in the NBA, Jordan won 5 MVP awards.

Kareem Abdul-Jabbar was a scoring machine and leader for the Los Angeles Lakers. Kareem is currently the all time leader in scoring and with all of his success on the court came 6 MVP awards.