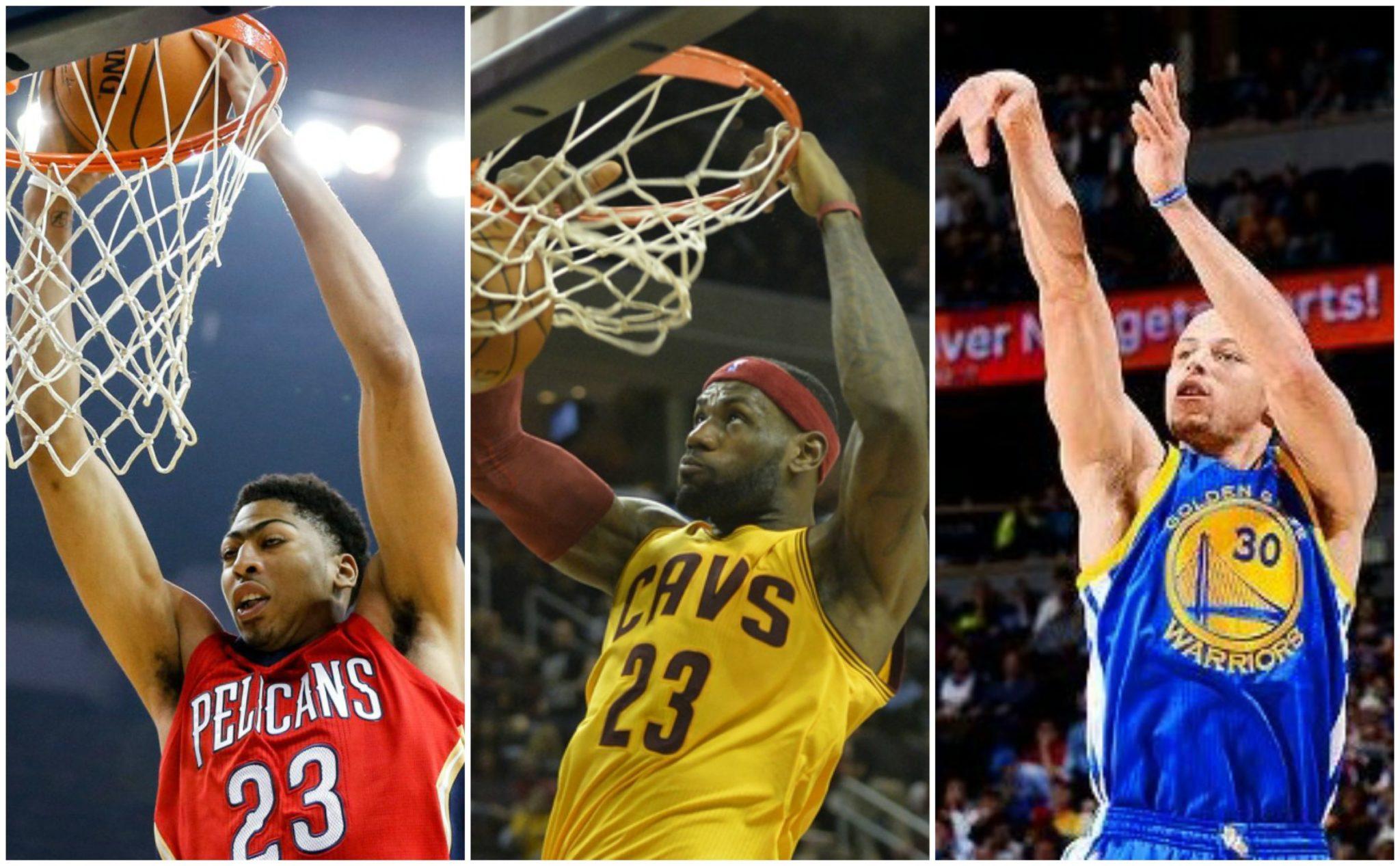 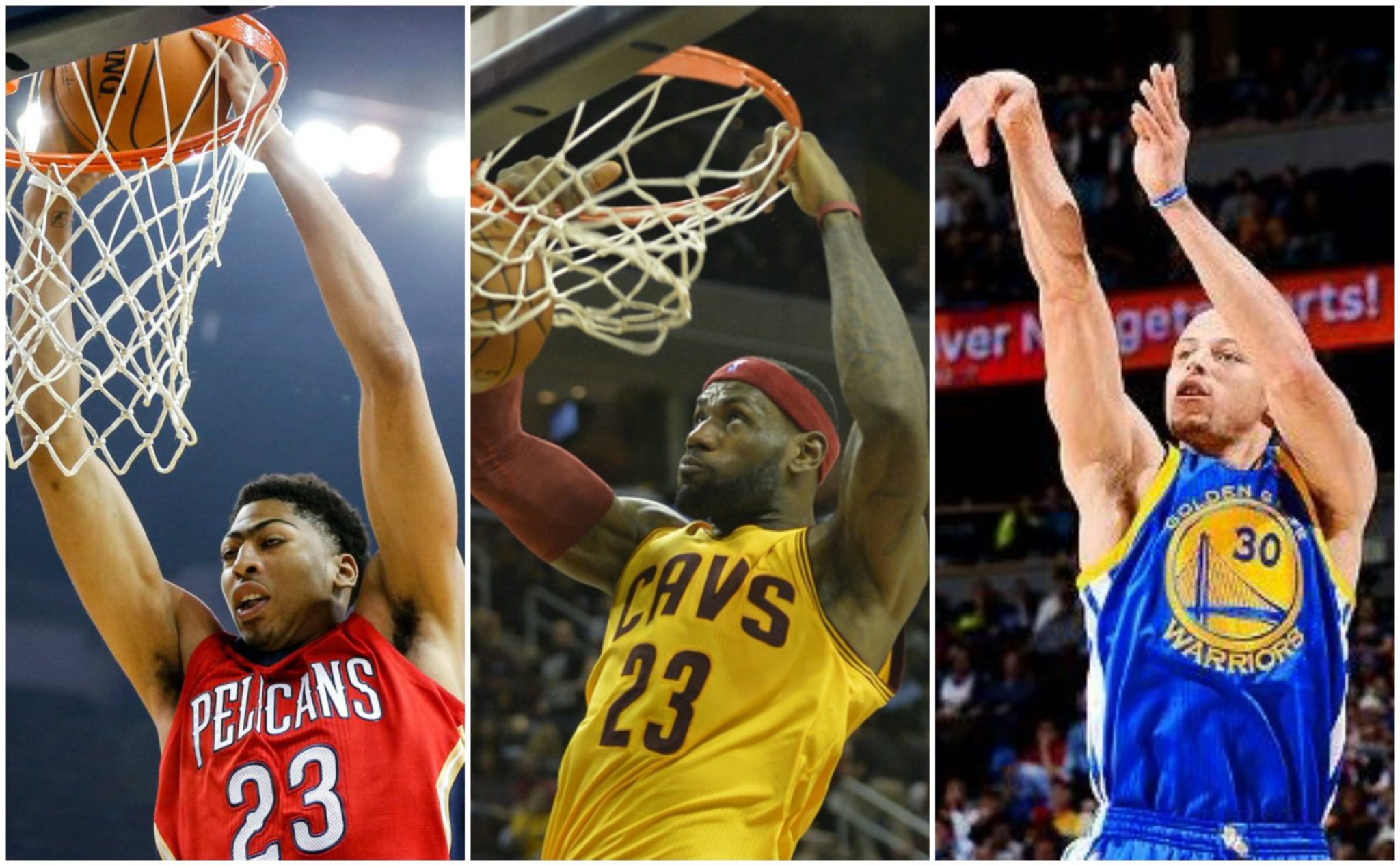 The Cavs have been served some tough lessons from teams with more chemistry and fewer injuries this season, but even tougher decrees of pain from the league’s finest players. From Stephen Curry becoming the youngest player to reach 1000 three-pointers and Kobe Bryant reaching 3rd place on the league’s all-time scoring list, the NBA has seen a fair share of milestones. Starting on the next page, we break down the greatest individual performances this season based on circumstances and stat lines.

If you haven’t heard of Draymond Green before this season, it’s because he’s a hustler on the already extremely energetic Golden State Warriors. Inserted into the starting lineup as an extremely undersized Power Forward, Green has made the most of his chances with David Lee’s injury struggles. At 6’7”, Green plays with a chip on his shoulder and has become the most important player for the Golden State Warriors. In his best game of the season against the Toronto Raptors, who were the Eastern Conference’s best team at the time, Green put up a line of 16 points, 11 rebounds, 13 assists, two steals, and two blocks while shooting 6/12 from the field and knocking down two three-pointers.

After scoring 30 points in 19 first half minutes against the Golden State Warriors, Durant rolled his ankle on the last play before halftime. Initially ruled just an ankle sprain, Durant would miss the next six games before returning for the New Year’s Eve matchup against the Suns. In that first game back, Russell Westbrook was ejected just before halftime. Durant went off for 44 points, 10 rebounds, seven assists, including 13/23 from the field, 12/12 from the free-throw line, and six three pointers in a victory over the Phoenix Suns to end 2014 on a good note.

Waiving Josh Smith seems to have reenergized the entire Pistons franchise. The biggest beneficiary of Smith’s departure is Andre Drummond who has been absolutely ridiculous recently. Just before Smith left however, the Pistons were losing often and some of Drummond’s performances went relatively unnoticed. One of those performances was a very active 19 point, 24 rebound game to go along with an assist, four steals, and three blocked shots in the loss to the Dallas Mavericks. 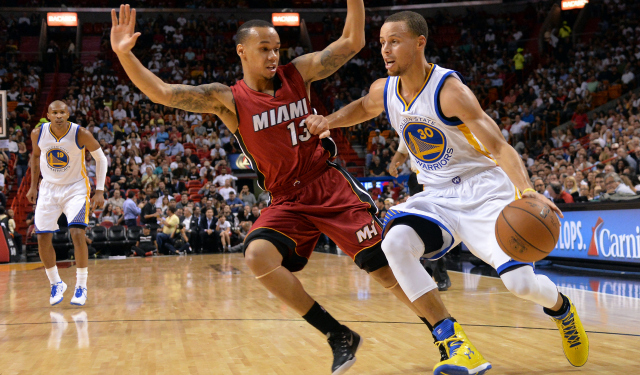 The Warriors had an NBA high 16-game winning streak this season. One of those victories came in Miami against the Heat, where Curry went off for 40 points, including six rebounds, seven assists, three steals, and one block. What makes this performance even more dominant is that Curry shot 12/19 from the field as well as 8/11 from the three-point line.

As we said earlier, Drummond has had numerous great performances with the Pistons this season that have gone unnoticed because of their terrible overall performances. This was probably his greatest line this season in a loss to the Boston Celtics. He finished with 27 points, 14 rebounds, four steals, and five blocks against the inferior Boston front court.

Anthony Davis makes his first appearance in our Top Ten stat lines of the season. In a tough, 101-99 road victory over the Thunder, Anthony Davis scored his team’s final 5 points to seal the game. He finished with 38 points on 16/22 from the field, 12 rebounds, two assists, one steal, and three blocks in what was an extremely dominant performance over the Thunder.

LeBron James has a history of having good games against Charlotte. Most recently, he and the Heat swept Charlotte out of the playoffs last season. Before the playoffs however, James scored a career high 61 points against the then-Bobcats. He continued his fine play this season in a victory over the now-Hornets, finishing with 27 points, seven rebounds, 14 assists, one steal, and three blocked shots.

Anthony Davis makes his second appearance in our top statistical lines for this season with an outstanding 25 point, 10 rebound performance to go along with four assists, six steals, and four blocks to round out his complete game. His great, all-around game helped the Pelicans defeat the Oklahoma City Thunder at home.

DeMarcus Cousins has been an absolute beast when he’s been on the floor this season. The Kings have played 11 games without Cousins due to his viral meningitis and a stomach issue, winning only two of those 11 games. He’s the most important player for the Kings and his stat line in a close loss to the Denver Nuggets showed just how dominant of a force he is. Cousins had 32 points, 13 rebounds, four assists, three steals, and four blocks, giving him the second best statistical line of the 2014-15 season.

Click on the next page to see Cavs Nation’s number one rated statistical line of the season!

In his first game of the 2014-15 season, Anthony Davis started the year off very well and we at Cavs Nation think it’s the top statistical line of the season thus far. Anthony Davis had his way on the offensive and defensive end in a blowout win over the Magic, finishing with 26 points, 17 rebounds, two assists, three steals, and a career high nine blocked shots.