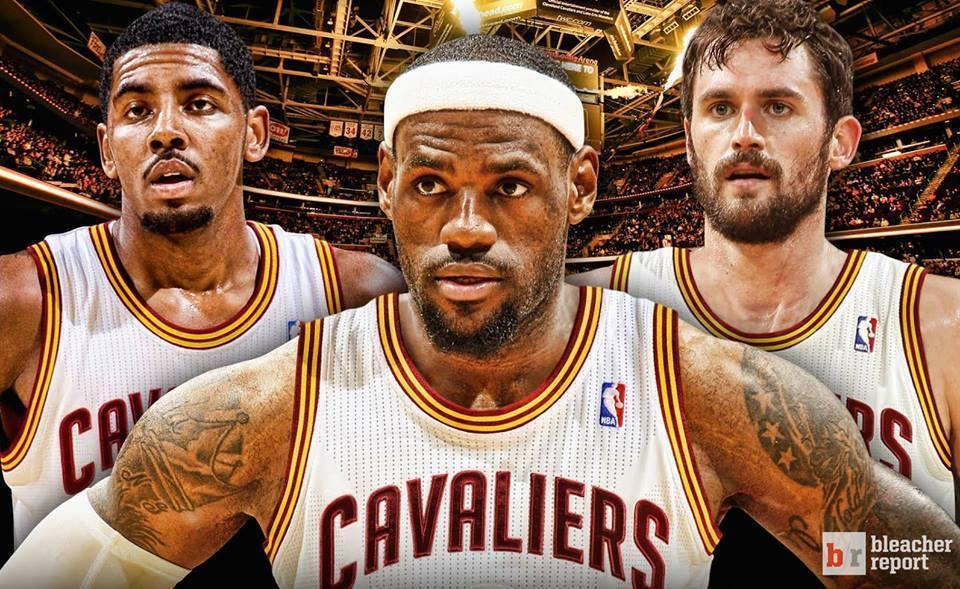 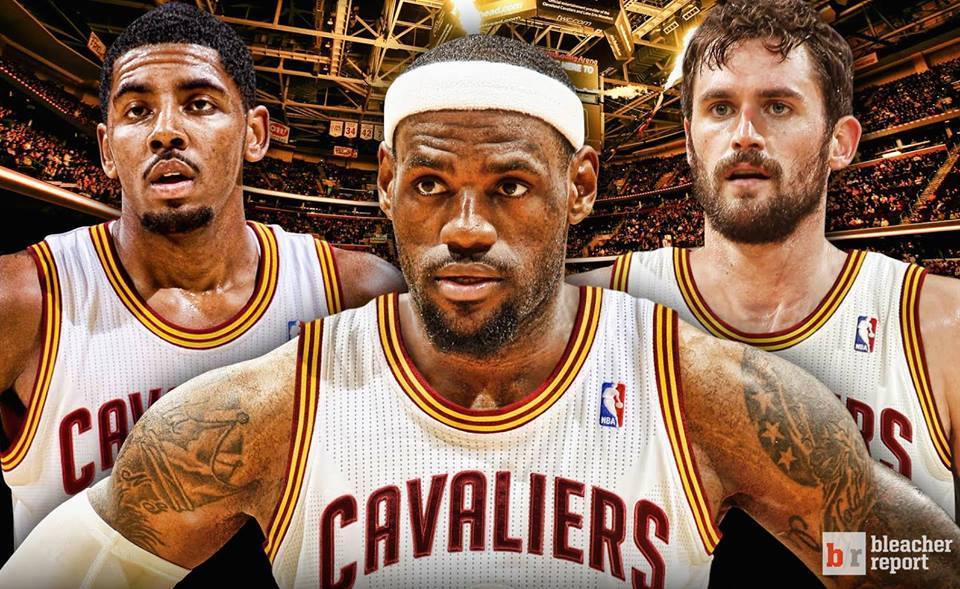 The landscape of the NBA has been completely altered this offseason, especially for the Cleveland Cavaliers. A month ago, the Cavaliers had a 60:1 chance of winning a championship. After 30 days of anxiety and excitement, divergence and reunion, the Cavs now have 3:1 odds of becoming champions this season, and we can do it with a team that will go down as one of the greatest to have ever played together in the history of this league. You know you have a good team when it can be confused for a team in your fantasy basketball league. This big three is the best team in Cavalier franchise history, but where does it rank among other legendary big three’s in the history of the NBA? Based on talent and the impact the biggest trios made on their team and in the league (Not just championships), here’s what we think! Begin the countdown on the next page!

These three managed to standout during the pinnacle of Bay Area sports. Somehow, they managed to avoid being eclipsed by the back-to-back Super Bowl Champion 49ers and the Oakland Athletics who appeared in 3 consecutive World Series. These guys were scoring maniacs; each member of this Big Three exceeded 20 points in a game nearly 50 times. The only issue was a lack of role support for Golden State, which limited how far this Big Three can go into the playoffs. One time in a loss against the Orlando Magic, each big scored over 30 points with the rest of the team only scoring 21 points total.

The Boston Celtics introduced the first dynasty of the NBA with this Big Three. These three legends won 6 championships together, with Bill Russell going on to win an additional 5 on his own. We would remiss if we didn’t mention their greatness. They don’t rank higher in our opinion simply because they played in a time when the NBA wasn’t as competitive, thus raising questions about how legitimate they truly were.

This Big Three made the most exciting Boston Celtics squad in decades. They were exhilarating, passionate, and very consistent. 2008 NBA Champions, this trio led the Celtics to the playoffs for each of their 5 seasons together. They truly brought their city back to the old days and made them believe, “ANYTHING IS POSSILBEEEEEEEEE!” -KG.

These men were arguably the classiest of all Big Three’s. They were rivals to Bill Russell’s squad, and they were truly fabulous. Wilt Chamberlain, the unstoppable scoring big man who has the record for most points in a game and points averaged in a season; Jerry West, a graceful guard who could do it all; and Elgin Baylor, a relentless rebounder with sharp shooting and pin-point passing abilities. All three have made at least 10 All Star appearances. Similar to Bill Russell’s Big three, however, these players defined the NBA in a time when there wasn’t immense competition.

As painful as the formation of Miami’s Big Three in 2010 was to Cleveland, it was one of the best teams assembled in NBA history. In four seasons, the trio pulled their team to 4 consecutive final appearances, and they managed to win 2 of them. They were the best team in Miami Heat’s franchise history.

Here we are. Without playing a minute together, we believe this newest trio has the potential to be better than LeBron’s previous Big Three and many other triads. Kyrie puts the ball on a string with the finesse of Lionel Messi’s futbol dribbling. LeBron does everything like the reincarnation of Magic Johnson. Kevin Love is a double-double machine who will establish an aggressive rebounding mentality and catch defenses off guard with his clutch perimeter shooting. Even though only one of these three has played in a playoff game, the youth and potential of the Cavs will make this Big Three a sustainable dynasty. This trio gave hope to a city plagued by misfortune. Cleveland is back again. Hopefully, this Big Three can prove themselves; but which 4 trios have our predetermined talent beat?

These three defined the Chicago Bulls franchise in just three years. Led by the greatest player of all time in MJ, held together by a lockdown defender in Scottie, and anchored by a resolute rebounder in Rodman. This Bull’s team was legendary, earning them a spot in the top 10.

Making up the best squad in Celtics history, these guys played exciting basketball. Winning three championships, they were truly magical. Bird seemed like he couldn’t miss at times, McHale was a tenacious defender and Parish had an underestimated athletic ability that made him a versatile big man. Winning multiple championships in the more competitive 80s puts them ahead on the list than the Celtics’ Big Three from the 60s.

The choice between 1 & 2 was difficult, but in a really close second place it’s this three-headed monster for the Lakers. They were simply nasty. Magic could do it all, Kareem was a giant, and James Worthy tied it all together with his sharp shooting. Kareem and Magic won 2 championships as a duo, and an additional 3 championships as a Big Three with James Worthy. They made the 80s the decade of the Los Angeles Lakers. Who beats them?

By the narrowest of margins, we believe this Big Three is the most dynamic trio in NBA history. You can easily argue on a skill level that Magic/Kareem/James, Michael/Scottie/Dennis or even Larry/Kevin/Robert deserve this spot. If there was a 3-on-3 tournament with all of these trios in their prime, Tony, Manu and Tim honestly might not win. So why do they deserve #1? Here’s why:

Forget that they too have won multiple championships together (4). Forget that they’ve had the most playoff wins as a trio (117). Forget that they’ve been the longest standing Big Three ever. Just know this: they are solely and entirely the identity of the San Antonio Spurs franchise. Without these players, the franchise wouldn’t have championships. Without their sacrifices, the lineup wouldn’t have so much depth and consistency. The Lakers and Celtics have had a series of Big Threes that have made the franchise. The Bulls honestly just had Michael Jordan. For San Antonio, this Big Three is its full entity. This trio teaches us that a Big Three isn’t about the flashiest names and biggest stars; rather, dedication is what makes any three teammates big.

If there is any Big Three the Cavs need to learn from, it’s from these guys. If we develop as such, Cleveland’s dynamic trio might be able to outshine all other Big Threes in NBA history.