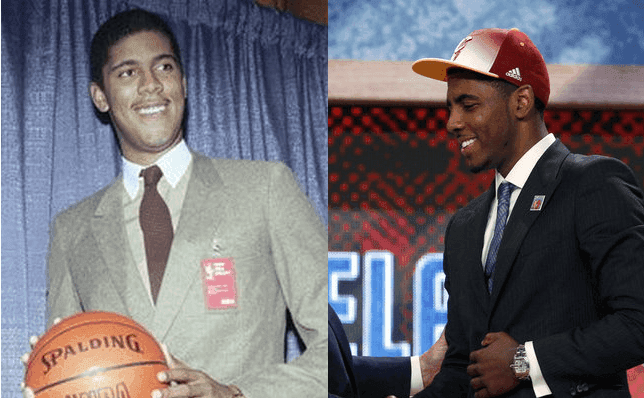 The Cleveland Cavaliers have had an interesting draft history as they have been fortunate enough to be granted with the chance to select first overall six times. Like everyone else, the first round of the draft has been filled with hits and misses. The Cavaliers have been haunted with picks such as Anthony Bennett, Vitaly Potapenko (selected before Kobe Bryant), and Luke Jackson but they’ve also taken pride in selecting solid first rounders. On that note, we will count down the ten best first round picks in Cavalier history, no matter which team they eventually flourished. But first let us give a nod to players who could have made the list such as Jamal Crawford, Andre Miller, Charles Oakley, and Campy Russell.

One of Auburn University’s all-time greats, the late Mike Mitchell was selected 15th overall in 1978. Mitchell definitely knew how to put the ball in the hoop as he owns the Cavalier record for most field goals made in a game (20) and half (14). He played 4 seasons in Cleveland, averaging 19.3 points per game before being traded to San Antonio where he scored 20.1 points per game as a Spur.

Terrell Brandon was the 11th overall pick in 1991 out of Oregon. He started out his career in Cleveland on a silent note until he broke out and elevated his game in his last few seasons in Cleveland. The peak of his Cavalier career was when he was named to the All Star Team for 2 consecutive years and there was even a point when he was widely considered to be the best point guard in the NBA. 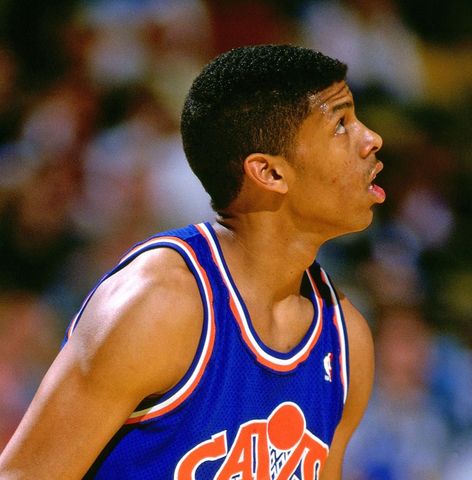 The incumbent mayor of Sacramento was selected 7th overall by the Cleveland Cavaliers in 1987. Although KJ’s stint in Cleveland only accounted for 2 silent years, he finally made his mark in the league when he got traded to Phoenix and went on to become one of the best point guards in Suns history. His career absolutely flourished in Phoenix as he went on to appear in 3 All Star Games and was selected as a member of the All-NBA Second Team four times.

Ron Harper was the Cavaliers’ 8th pick in the 1986 draft. Right off the bat, he came out firing as he averaged over 22 points per ballgame in his rookie season. He continued his scoring barrage when he was dealt to the Clippers as he went on to score 19.3 points per game in Los Angeles. Harper is an exemplary model of sacrifice because when he got traded to the Chicago Bulls, his scoring plummeted from 20.1 to 6.9 per game but it gave him the opportunity to win 3 straight NBA titles as a Bull and 2 more as a Laker. One of the most endeared players in Cavalier lore, the Lithuanian center was drafted 20th overall in 1996 and he would continue to spend 12 years in a Wine and Gold jersey. Ilgauskas is a two-time All Star and a proud owner of multiple Cavalier records (games played, offensive rebounds, total rebounds, blocks). Despite suffering a major foot injury in the middle of his career, Ilgauskas and the Cavaliers stuck with each other and their patience paid off as the team went on to enjoy winning seasons in the LeBron James-era with Z in the middle. 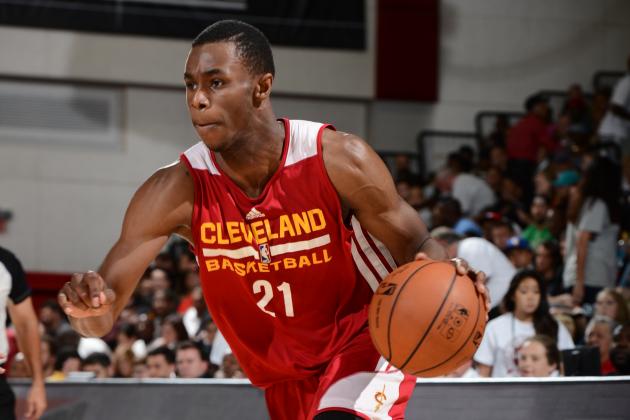 The Cleveland Cavaliers got themselves quite a talent in Andrew Wiggins when they selected him number one overall in the 2014 draft. This entry is very much debatable as Wiggins never got to play a regular season game for Cleveland but I’m going out on a limb with this choice as Wiggins is a generational talent. He’s scoring over 15 points per contest but he’s running at an upward trend and has proven to have all the tools needed to meet the high expectations placed upon him. It doesn’t matter if Wiggins’ numbers are products of Minnesota’s situation as the rookie phenom will only get all the opportunities he’ll need to elevate his game. 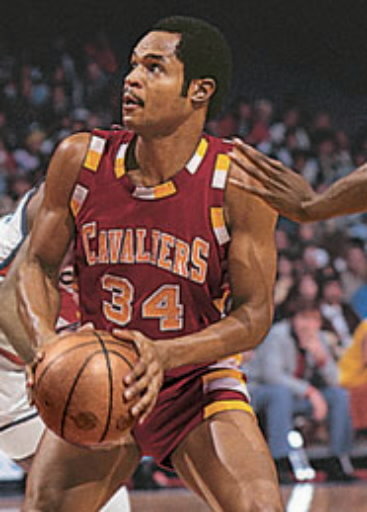 Austin Carr was the Cleveland Cavaliers’ first ever number one overall draft pick. His selection in 1971 did not come without any controversy as he was also drafted in the ABA by the Virginia Squires although we all know which path he selected. His ascent to the NBA mountaintop was halted by injuries but when he was healthy, Mr. Cavalier displayed his elite scoring ability by putting up over 20 points per outing in his two 80-plus game seasons in Cleveland earning him one All Star selection along the way.

Kyrie Irving breathed life into a gasping Cleveland Cavaliers franchise after LeBron James left in 2010. He gave fans something to look forward to in the team’s future by showing great potential in his first year and further elevating his game in the succeeding seasons. His stellar play has earned him 3 All Star selections, 1 All Star MVP, and 1 Three Point Shootout trophy. As good as he is, Uncle Drew has yet to reach his ceiling and he’s taken us in for one helluva ride.

Although his career was a bit short, Brad Daugherty made the most of it by stamping his class and claiming a stronghold on the title of the Cavaliers’ best starting center of all-time. The first overall pick of the 1986 draft was named to 5 All Star teams and even made it to the All-NBA Third team once. The seven footer spent all his 8 seasons in Cleveland. 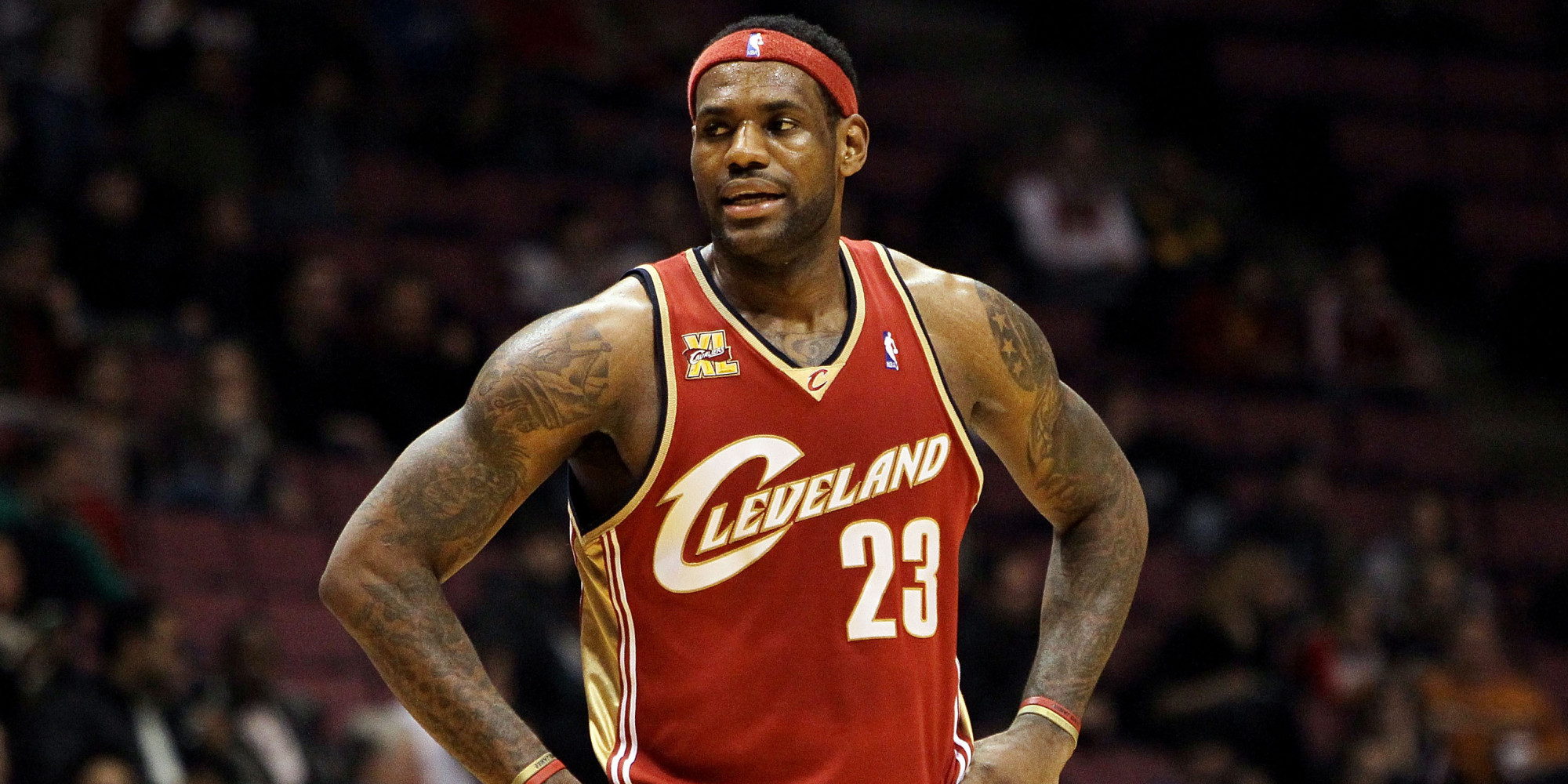 This one’s a no brainer. The 2003 first overall pick boasts of a resume that easily puts him among the all-time greats, top five even. I’ll just let some of his accomplishments to date speak for The King. 4-time MVP, 2-time champion, 2-time Finals MVP, 11-time All Star, 8 All-NBA First Team selections, 5 All-NBA Defensive First Team selections, 1 Scoring title..I’ll stop right there because you already get the point.