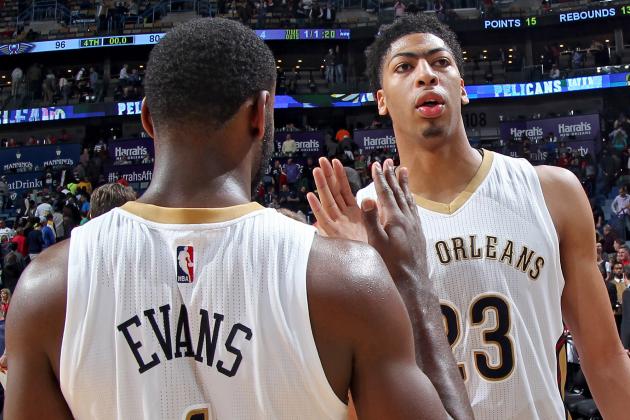 The 2014-2015 NBA season has been marred by a number of significant injuries to its top stars but when everyone is healthy, the competition is instantly brought to a whole new level. On that note, we played a game of “what ifs” and came up with a list the league’s 10 most vicious duo’s when healthy. We took into consideration their Player Efficiency Rating and the intangibles that they bring to the court.

New Orleans is blessed with a solid starting lineup but the phalanx of bad luck prevented Ryan Anderson, Eric Gordon, and Jrue Holiday to play a significant number of games, leaving behind Anthony Davis and Tyreke Evans to carry the load for a Pelicans team that is hoping to sneak their way into the playoffs. Davis has been a beast this year and that is still an understatement with the way he’s been dominating both ends of the floor with off the chart efficiency. Meanwhile, Evans has improved his consistency and is slowly returning to his old form where he just does everything on the floor.

Click “Next” to see the ninth best duo in the NBA this season! JUST IN: LeBron James Named Player Of The Month For March 2015