What Toney Douglas could bring to the Cavaliers 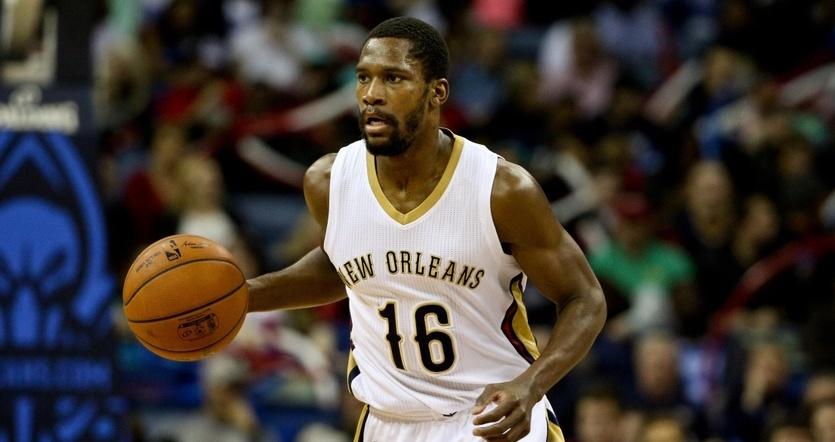 On Monday, the Cavaliers reached out to veteran point guard Toney Douglas during their second week of training camp. Following the departure of Matthew Dellavedova and the retirement of Mo Williams, there has been ongoing discussion on who will back up Kyrie Irving at the point guard position.

Amidst the speculation and anticipation of the J.R. Smith deal getting done, the acquisition of Douglas has somewhat flown under the radar.

With rookie Kay Felder showing promise, as well as Jordan McRae and Deandre Liggins in the mix, Toney Douglas comes into the fray as the only veteran vying for the opportunity. At 30-years-old, he may be the eldest out of the candidates, but with age comes experience, and Douglas brings an abundance of that.

He played in 61 games for the New Orleans Pelicans last season where he averaged 8.7 points and 2.6 assists. On top of that, Douglas has previously played in New York, Golden State, Sacramento, Houston, and most importantly, Miami, where he shared a locker room with LeBron James and James Jones in the 2013-2014 season.

In fact, Douglas was on hand to witness LeBron James’ career-high of 61 points, and nailed a three pointer on one of the four assists James had that night as well. Due to these journeys as an NBA veteran, it has helped him adapt to a new change room.

“I feel like I fit in because I know most of the guys already,” Douglas said. “I’m very comfortable here.”

LeBron James remembers his time in Miami with Douglas, and knows exactly what he brings to the table.

“You know you’re getting a professional,” James said. “That’s what we like here. We like veteran guys.”

Tony Douglas would bring an even keel approach, a brilliant work ethic, as well as a desire to prove he belongs. He has played for seven different teams in the last eight NBA seasons, and with his contract not guaranteed, he is hungry to earn a roster spot.

Tyronn Lue is also fond of the 6-foot-2 guard.

“We like his pace and the tempo he plays with. He will pick up full-court and guard the basketball.”

Douglas is known for his defense, tenacious intensity on the floor and ability to hit open threes. Another impressive facet of Douglas’ package is the understanding that he has of his own game, and the role he is likely to play with the Cavs, if he is successful.

“I’m a veteran player,” he said. “I can play defense, lock up, hit open shots, run the offense and find guys when they’re open. I can do all that.”

There is no question the Cavs are fans of productive veterans. He would bring a calming presence and another voice in an already experienced locker room. He could help the young guys, as well as contribute himself.

The primary back-up point guard position is up for grabs, and Douglas is definitely a strong candidate. If he is able to secure a roster spot with the Cavs, he could be exactly what they are looking for in 10-12 minutes every night.

He participated in the first preseason win against the Magic, where he played the last 12 minutes of the contest, adding a basket and an assist. Douglas will look to continue making his case with the remaining games of the preseason.

Most importantly, Toney Douglas believes he is the right man for the job.

“Most definitely,” he said. “The situation is always what you make it. It’s about making the most of your opportunities.”

Only time will tell if the Cavaliers feel the same way.