Tobias Harris Pissed Off LeBron James, And The King has Been Destroying Him Ever Since 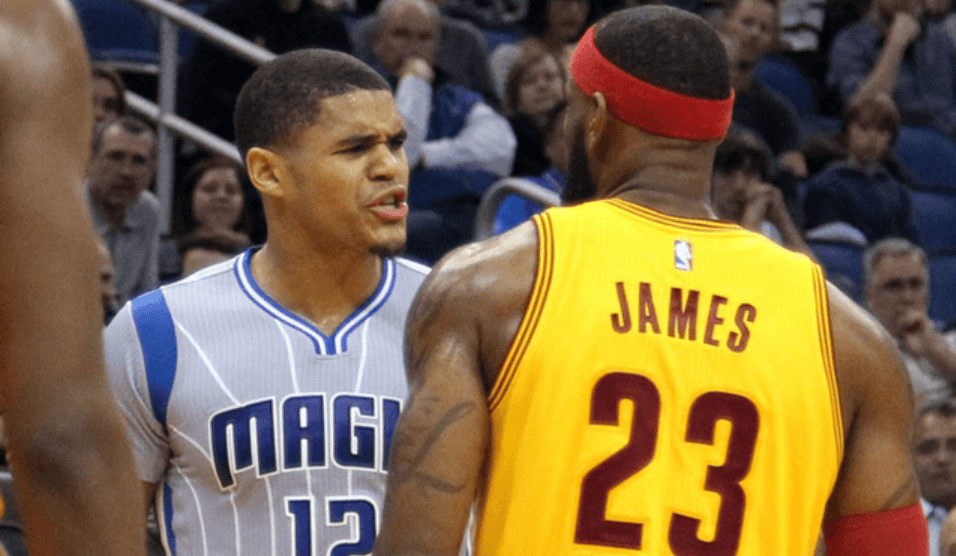 Last December, the Cleveland Cavaliers were playing just another game on the road against an Eastern Conference team they see three-to-four times a year. LeBron James admitted he was in chill mode as the Cavs were playing without Kyrie Irving. That is, until their opponent, the Orlando Magic sparked the King.

Orlando’s Tobias Harris was being defended by James when he got the ball poked out of his hands. He then turned to LeBron, and had a few choice words for him. Orlando was up at the time, but that lead would be short lived.

“It wasn’t the shoulder or the elbow, it was the words that he said that got me going. I was actually in chill mode tonight but chill mode was deactivated after that.”

After an and-1 play, James went to sit out the rest of the third quarter. Cleveland trailed 65-74 with 2:33 left, but went on a 33-15 run from the one minute mark of the third quarter until the end of the game thanks to the fourth-quarter heroics of one LeBron James.

“That’s the best player in the world,” said Kevin Love. “That’s something you don’t want to do.”

Since that game, LeBron James has continuously gone out and dominated Tobias Harris and his Orlando Magic.
In the five meetings since that December 27, 2014 game, James has averaged 23.8 points, 5.4 rebounds, nine assists, 2.4 steals, 0.6 blocks, 47-81 (58%) from the field, with all give being victories. This year, the Cavs have beaten the Magic three times by margins of 14 points, 35 points, and 25 points.

So, today’s lesson: Don’t piss off the King, it will come back to bite you. JUST IN: NBA On TNT Attempts To Diss Man With Championship Tattoo, But He Got Them Right Back
Related TopicsLatest Cleveland Cavaliers News | Cavs NationLeBron JamesOrlando MagicTobias Harris