Timofey Mozgov Unlikely To Re-Sign With Cavs In The Summer 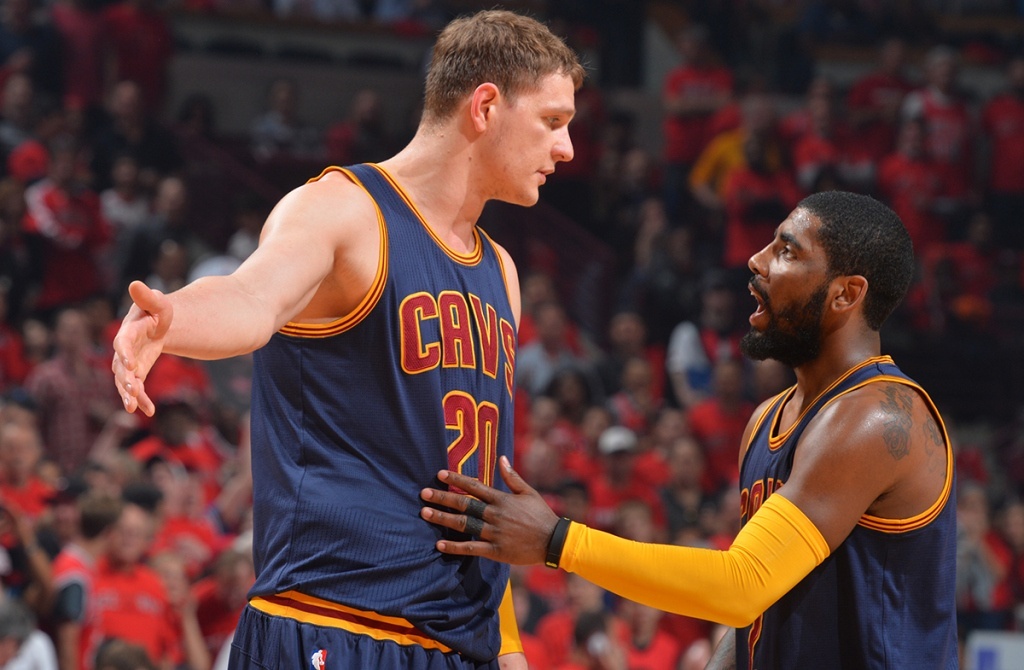 Seven-foot Russian center Timofey Mozgov may be the Cleveland Cavaliers’ best rim protector right now, but his name is most often found in trade talks recently. Apparently, these rumors will only intensify as the trade deadline nears.

RELATED: Without David Blatt, What Will Happen to Timofey Mozgov?

After changing the way the Cavs played defense upon his arrival, Mozgov has seen his numbers dip from 10.6 points, 6.9 rebounds, and 1.2 blocks in 46 regular season games last year, they are now down to 6.3 points, 4.2 rebounds, and 0.7 blocks this season. Not to mention an eight-minute cut from last year’s playing time and an earful from LeBron James on some occasions.

He is set to become an unrestricted free agent in the summer and Terry Pluto of Cleveland.com believes that, either way, Timofey Mozgov won’t be a Cavalier after this season.

The odds are against the Cavs re-signing him, given their incredible salary cap problems and his declining performance. Mozgov makes $5 million and I would not be shocked if he is traded.

During the finals, the Golden State Warriors made him an afterthought by exploiting his inability to keep up with their small-ball lineup. He could still prove to be very useful against traditional teams, such as the San Antonio Spurs, Oklahoma City Thunder, and Chicago Bulls, that are loaded with big men, but his confidence has not been, in any way, like that of last season.

RELATED: Five Possible Trade Targets For The Cavs Before The Deadline

A major reason for his underperformance could be the offseason knee surgery which resulted in a slow start for the seven-footer to the begin the year. His timing and lift is no longer the same and who knows when he will find his old self back again.

Right now, it seems that Timofey Mozgov’s biggest adversary is himself and there’s no certainty if the Cavaliers can afford to wait for him to get off his shell.