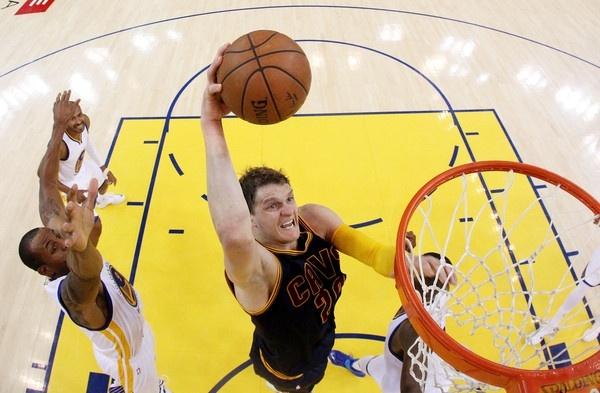 The Cleveland Cavaliers defensive anchor, Timofey Mozgov, had his option picked up by the team early last week. On Thursday afternoon, however, reports that Mozgov had undergone arthroscopic surgery to his right knee surfaced:

Mozgov’s recovery time is set to about six weeks and he should be back in time for training camp and the pre-season.

In 46 games for the Cavs this season, Mozgov averaged 10.6 points, 6.9 rebounds and 1.2 blocks per game, including a playoff surge of 1.8 blocks per game.