Timofey Mozgov is considered one of the best rim protectors in the NBA. And people don’t see that, the stats show it all. His rim protection is what leads to a lot of Cavalier fast-break opportunities.

His confidence on the basketball has apparently translated onto the big screen that is television, when he starred in this new commercial. Take a look at the two different ones below:

Needless to say, Mozzy should likely just stick to playing basketball as this was more of a 45-second laughing session than a commercial for a restaurant. Mozgov has helped the Cavs to a 48-27 record and a 15-0 home record since he was acquired. 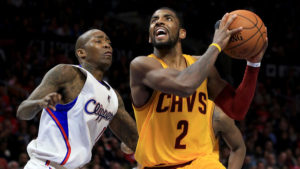