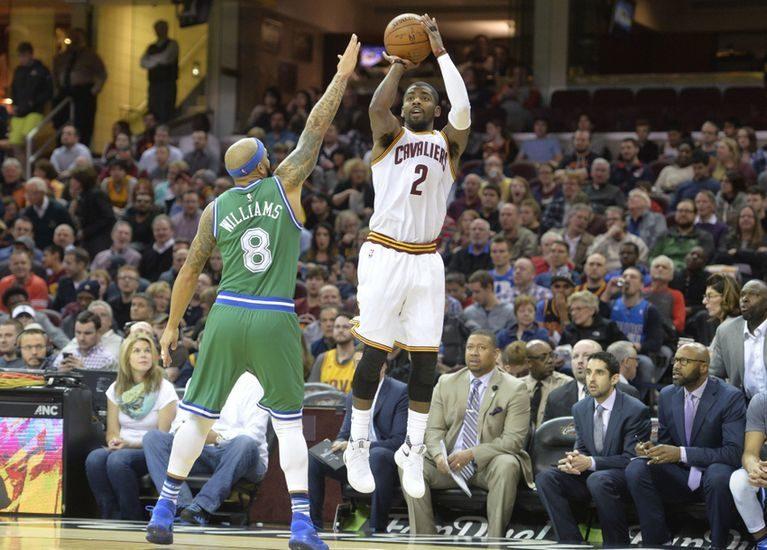 The longer the NBA season goes on, the more the realization Cleveland needs a backup point guard cements itself into the minds of the front office. The Cavaliers currently run with Iman Shumpert, DeAndre Liggins and Kay Felder as a body to fill at the one, while LeBron James does the large majority of the actually point duties.

Cleveland could use an apt ball handler in the second unit for several reasons, injury being the primary concern. However, a sluggish pace played by lineups without LeBron James or Kyrie Irving makes glaring weaknesses in a point guard-less system obvious. Cleveland doesn’t have the assets to pull any huge names, but there are several low stock individuals in which the Cavaliers may be able to bring into the fold at a price they can afford.

Tony Allen:
34 year old Tony Allen, with rumors of his availability surfacing on Monday, may have just jumped to the top of Cleveland’s wish list.

Despite his age, Allen is well regarded around the league for his professionalism, but more importantly, his defense. Allen made his name in the league for his defensive toughness at the point and shooting guard positions. Earlier this year, Kobe Bryant called Tony Allen “The best defender I ever faced”.

A member of three All-NBA defensive teams, Allen is one of the league leaders in steals per 48 minutes, and players see an active reduction in their shooting percentages when guarded by Allen. Allen has a minimal offensive game, but for a team whose primary offensive touches are going to the big three or J.R. Smith, this shouldn’t be a real problem.

With only this last year left on Allen’s contract, he should be seen as a rental. Allen’s place in the roster is starting to see less space following the return of Mike Conley and emergence of Wayne Baldwin IV at the point guard position for Memphis. Additionally at almost 35, Memphis might be looking to move on from the aging defendsive stalwart, rather focusing on the youth currently on Memphis’ roster. All of these facstors are good for Cleveland as this lowers the value of Allen.

Despite getting an All-NBA defender out of the deal, Cleveland would likely only need to match salary and send a first round pick, either their 2017, 2019 or 2020. In a perfect world scenario, Cleveland would also get a non-guaranteed salary to waive in exchange for Chris Anderson, clearing bench space as well.

If you’re Brandon Knight, having a career low year in minutes, points, assists and field goal percentage and currently hold the league’s worst +/-, well… that’s a bad thing. If you’re the Cleveland Cavalier’s front office, and looking to add a scoring first player who could be revitalized in an actual basketball team and fit a longer term plan of creating a dynamic backcourt? Well the price has never been lower.

Knight was projected to be one of the best Combo guards in the NBA entering the league several years ago, however with his recent play, he’s lost his starting shooting guard spot to Kentucky marksman Devin Booker. That being said, we shouldn’t ignore that during his first three years in the League, Knight was putting up 18 points and 5 assists a game as a starter.

Even minimized in a sixth man scoring roll, Knight would be an effective and damaging weapon for the Cleveland coaching staff to employ. Similarly if Knight were to flourish in his new home, Cleveland would have a combo guard to pair with Irving during their respective primes. This, however, is one of the exact reasons Cleveland might want to shy away from Knight.

For a 35% three point shooter, a five year 70 million dollar contract looks healthy for most NBA teams to swallow under the new 120 million dollar salary cap (Knight’s share would take up roughly 14 million a year in cap space). Cleveland however, is already over the 120 million currently, and new contracts by Irving and James both should command additional burdens on the cap.

A similar issue arises when delving into the actual logistics of the trade. While Knights current value is likely around a late first round pick, and Cleveland does have a few of those, Cleveland would need to send out Iman Shumpert and Mo William’s contract to even come close to matching salary. Their largest trade exception, created by sending out Anderson Varajao last year, stands a little below 10 million dollars, around 4 short of absorbing the Knight contract. Because of this, if Cleveland really wants Knight, they’ll need some crafty positioning, or a third team to make this work.

About two months ago, this spot would have gone to Patrick Beverley, but that’s because I thought the D’Antoni Rockets would be a hot mess. Turns out I was super wrong, and Beverley is a key component to the success of Houston. However, there is another Texas team with a grizzlied, experienced and skilled point guard that might be available.

In Defense of Resting Players

Deron Williams has been playing the lions share at point with J.J. Barea and Seth Curry missing games for one reason or another. During his time Williams has proven that despite being 32, he hasn’t lost a step. The three time All-Star is averaging 14 points and 7 assists a game, shooting 40% from the floor and 33% from three.

Williams thrives on the pick and roll, one of Cleveland’s bread and butter plays, and still has the numbers to prove it. Over his past three games alone, Williams is shooting almost 60% off pick and roll plays for a struggling Dallas team. D-Will is primarily an offensive style guard, however, his defense is passable, and looks to easily fit the roll that Mo Williams was looking to play in this 2016-2017 campaign.

Liking D-Will is one thing, but getting him might pose a slight challenge. Williams has a rare clause in his Dallas contract that forces negotiations to revolve around what he wants. For a player on a significantly sized one year contract, any trade requires approval by the player to happen. Cleveland has already once this year been burned by such a clause (Thanks Jonathan Lucroy), though this time the situation might be a bit different.

Dallas, without Dirk, is arguably the worst team in the league, even below the likes of the thrown together Nets or processing Sixers. Cleveland, on the other hand, is a championship contender with LeBron James. One of these two has a bit of a different spin to it.

From a front office standpoint Dallas makes perfect sense as a partner. In need of young guys, Cleveland can expend their trade exception from Anderson Varajao and in exchange send of a young guy or the Chris Anderson contract. Now if we could maybe get Andrew Bogut from them as well, everything would be perfect.