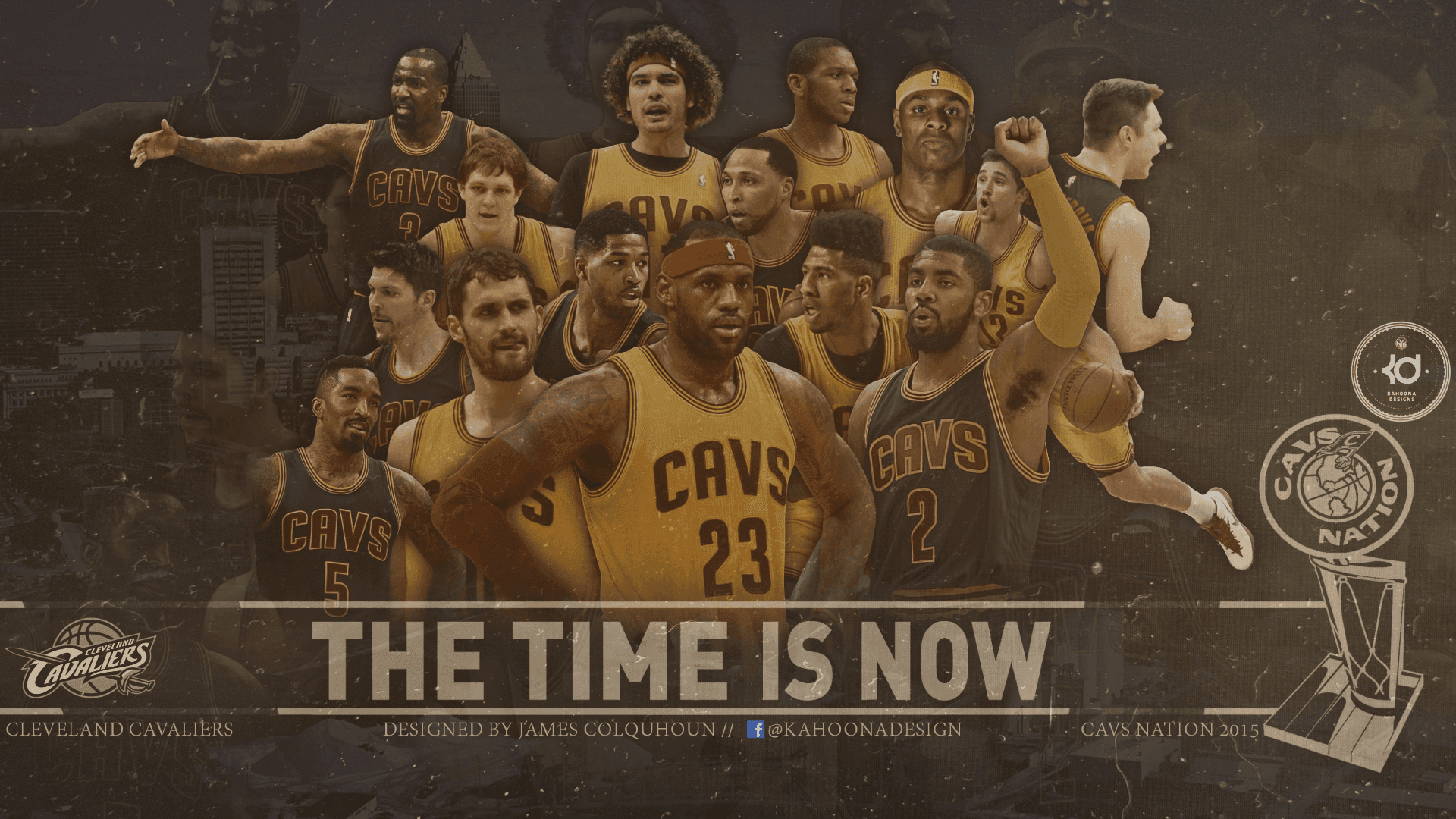 The Cleveland Cavaliers are now the Eastern Conference Champion for the second time in team history but the road that the Cavs had to take involved a lot of make or break twists which eventually played into the WIne and Gold’s favor. Consistency was definitely not the key in this occasion as Cleveland saw itself transform into a completely different team with every major move that General Manager David Griffin had to pull off his sleeve. This offseason acquisitions happened in a flurry that no one could have imagined when last year’s campaign ended, the regular season roster shake up involved heavy risks that could have dealt big blows to the franchise’s future had they went awry, and the postseason mishaps forced the Cavaliers to become an entirely different team. We identified 10 major occurrences, in chronological order, in the 2014-2015 Cavaliers campaign that helped transform the team into what it is today.

What better way to rebuild your life by winning the lottery? Well, the Cavaliers, in an unprecedented fashion, won their third draft lottery in four years. Cleveland only held a 1.7% chance of winning the 2014 edition but that didn’t matter as the team was destined for that one piece that will become a part of the franchise’s future, or rather, help form the core of the franchise. When the Cavs vaulted into the top three, the future already looked bright as the rookie class was led by three youngsters with franchise player potential. But it got even better as the Cavaliers out-lucked Milwaukee and Philadelphia for the first overall selection. They were then faced with the pressure of getting it right this time around and the choices were Andrew Wiggins, Jabari Parker, and Joel Embiid. The Cavaliers had a problem but it was a very good one. 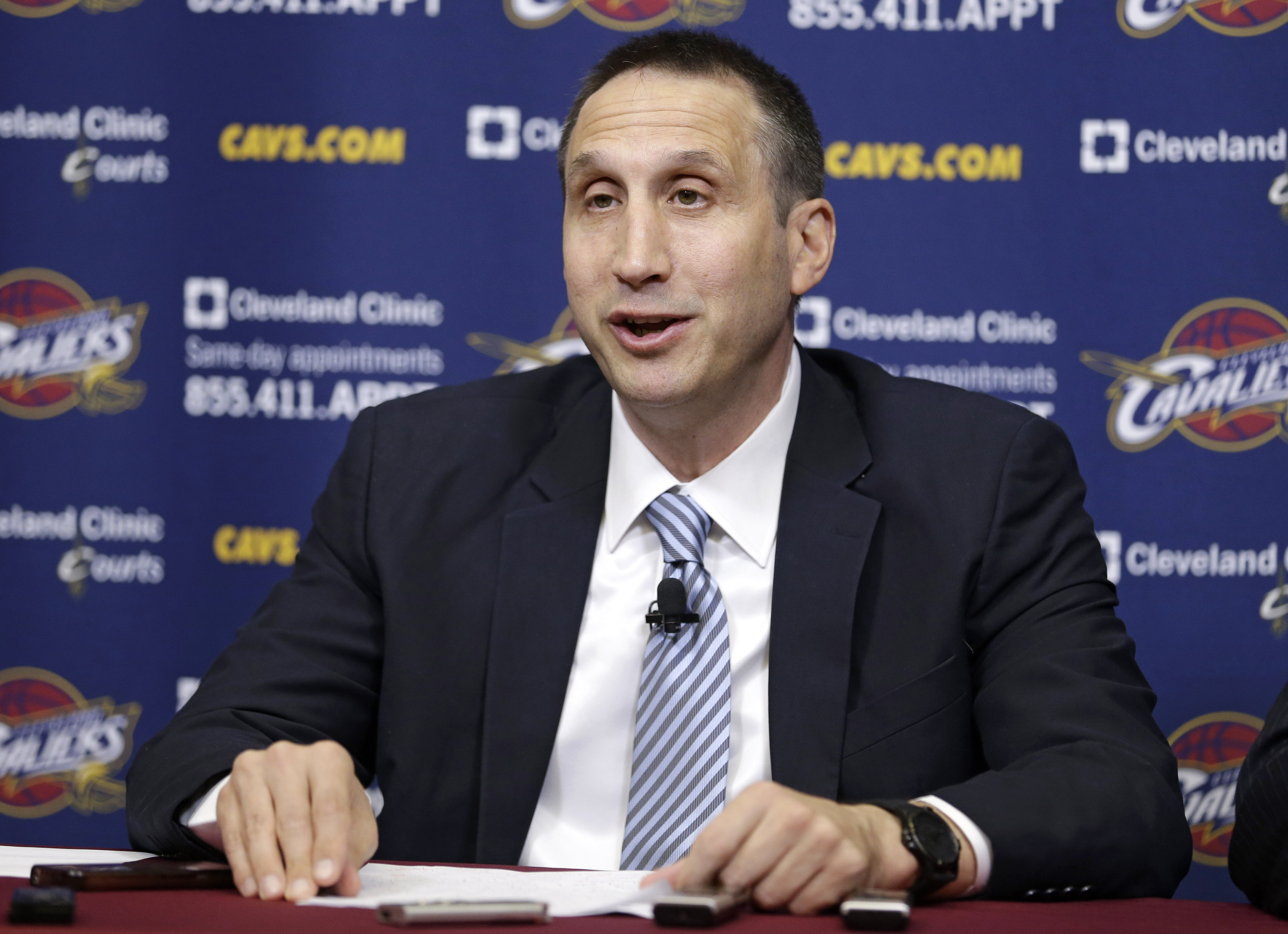 When Mike Brown was fired, for the second time, the Cavaliers front office had a tough task of attracting a new tactician as they only had the number one overall selection to dangle in front – Kyrie Irving wasn’t allowed to negotiate his extension during that time as per league rules. Names like John Calipari, Tyronn Lue, Lionel Hollins, Adrian Griffin, Vinny Del Negro, and Alvin Gentry were thrown into the mix. However, Cavs majority owner Dan Gilbert had enough of recycled coaches. He wanted a fresh start. Then came David Blatt. The highly respected coach with a profile that is one of the most decorated outside the NBA was already a strong candidate to become Steve Kerr’s assistant in Golden State until the Cavs entered the picture. We know how it all ended and the move was met with mixed reviews. Some pundits hailed it as a stroke of brilliance while others who had no idea of who Blatt is saw it as another one of Cleveland’s misfortune. Half of the room expected him to become the next Pop while the other half expected him to fizzle.

The culmination of all those weeks of guessing as to who the Cavaliers will select finally arrived on draft day. Andrew Wiggins, Jabari Parker, and Joel Embiid were the top prizes and the Cavs finally silenced all speculations when they chose the extremely athletic forward out of Kansas. Wiggins was a raw product but his potential as a franchise altering piece was off the charts. He was being compared to a young Kobe Bryant and Tracy McGrady. He had the hops of LeBron James, the gait of Kevin Durant, and the quickness of Chris Paul. Suddenly, the Cavs’ future looked brighter than ever with the idea of Kyrie Irving and Dion Waiters running alongside Anthony Bennett and Andrew Wiggins. The atmosphere surrounding Kyrie Irving and the Cavaliers leading up to his signing of the extension was that of uncertainty. Irving had his run of being disengaged and disinterested a number of times during the previous season. His offensive arsenal was never doubted but questions were afloat as to whether he was a max player or not since he hasn’t lead his team to a winning record, his injury history, and his lack of desire on the defensive end. But David Griffin, David Blatt, and Dan Gilbert wasted no time as they immediately met up with Irving and his father, Drederick, at the soonest possible time that league rules allowed them to do so, 12:01am. The meeting was straightforward and Irving’s future in Cleveland had been cast in stone. The day that turned the Cavaliers’ fortunes was the day when LeBron James wrote an essay published by Sports Illustrated to announce his return to Cleveland. Not surprisingly, the news warranted national attention as the hopes of ending that 50-year title drought suddenly lit up. To their credit, the front office did their job in paving the way for LeBron’s return by giving up promising pieces in order to clear cap space. When James was already on the boat, everything else followed as the veterans started to sign with the Cavaliers. The expectations that surrounded the team exponentially grew as the Cavs went from young upstarts to title contenders. A wiser and more refined James has set the bar for his teammates and the culture of the team was transformed. It was all business from then on. David Blatt wanted a floor spacing big man who can pass the ball well and he got his wish when David Griffin, after months of futile attempts, finally succeeded in making a deal for All Star power forward Kevin Love. Love was the topic of trade talks that even involved Golden State but, yet again, Cleveland beat them to the draw. This was a highly debated move though as the uncertainty of Love’s future in Cleveland along with the price that the Cavs had to give up was found by others as not enough to take the risk. Andrew Wiggins and Anthony Bennett were shipped to Minnesota for Kevin Love and the Cavaliers saw themselves go up the preseason rankings from being title contenders to favorites with the formation of a new Big Three. The Cavaliers were already bereft of a rim protector to begin the season as their lone reliable center was the injury-prone Anderson Varejao. However, Varejao was never known to be a presence down low who can intimidate opponents as he was more of a rebounder and a pesky post defender who’s all about energy. Tragedy again struck the 32-year old Brazilian as he ruptured his Achilles tendon after landing awkwardly on his left leg. It was only game number 26 for Cleveland and Varejao was already listed out for the season. In an interesting twist, the loss of The Wild Thing further emphasized the Cavs’ need for another big man and GM David Griffin was prompted to take a risk on a player who’s been coveted by Coach David Blatt, the Russian center in Timofey Mozgov. Mozgov was a reliable center for the Denver Nuggets but two first rounders seemed to be a steep price. His arrival though proved to be a Godsend after all. The Cavaliers were in dire need of help as they saw themselves turn into a mediocre team despite the wealth of talent. David Griffin knew what the team lacked so he orchestrated two separate deals wherein he somewhat sacrificed a bit of the future for the present. Dion Waiters, a promising and mercurial guard, was dealt to OKC in a multi-player package which landed the Cavs former Knicks J.R. Smith and Iman Shumpert. The other deal was centered around the Cavs acquiring big man Timofey Mozgov for the price of two future first rounders. Those deals were met with a lot of criticism but the three players allowed the Cavaliers to gain significant teeth on the defensive end while also adding a bit more scoring punch. Shumpert addressed the Cavs’ need for an athletic lockdown defender outside of LeBron James while Smith proved to be a more level headed player in Cleveland who also has mad range. On the other hand, Mozgov transformed the Cavaliers’ defensive strategy by becoming the rim protector which was sorely needed from the get go. The Cavaliers looked unstoppable as they pummelled the Celtics in the first three games of the playoffs’ first round until Kelly Olynyk ripped apart Kevin Love’s shoulder. The Cavaliers went on to win the series but their hopes turned to fear as memories of past unfortunate events that marred their title runs suddenly came creeping back. 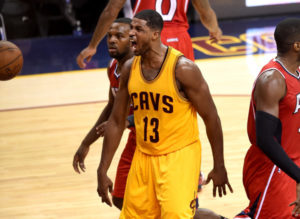 However, David Blatt had another ace up his sleeve as he was able to transform the Cavs into a defensive minded team – something which he was known for in Europe. It also served as a golden opportunity for Tristan Thompson to emerge as this year’s breakthrough player of the postseason with his relentless motor and knack for offensive rebounds. Thompson was simply unstoppable on the offensive boards, dominating the All Star frontlines of Chicago and Atlanta along the way. With the lingering injury of Kyrie Irving, Cleveland won over Chicago and Atlanta with Thompson as its second most important player. Kyrie Irving started the playoffs like a house on fire until he suffered an assortment of injuries that greatly affected his play. Irving was battling through a sore foot and knee tendinitis throughout the Chicago series and it was obvious that his mobility was depleted making him a liability on the defensive end. This prompted the emergence of a new fan favorite in Cleveland and that is the Aussie pitbull Matthew Dellavedova. Delly came out of nowhere to end Chicago’s season and continued his spirited play against the Hawks. He has been labeled as a dirty player by some but Delly only knows one way of playing the game and that is by going at every possession and opportunity with reckless abandon. Delly forced the Hawks to take Dennis Schroder out of their rotation. Cleveland now has the luxury of having two reliable backcourt generals in the finals and Delly’s rise further symbolizes the Cavaliers’ unprecedented transformation from being an offensive juggernaut to becoming a defensive dynamo.