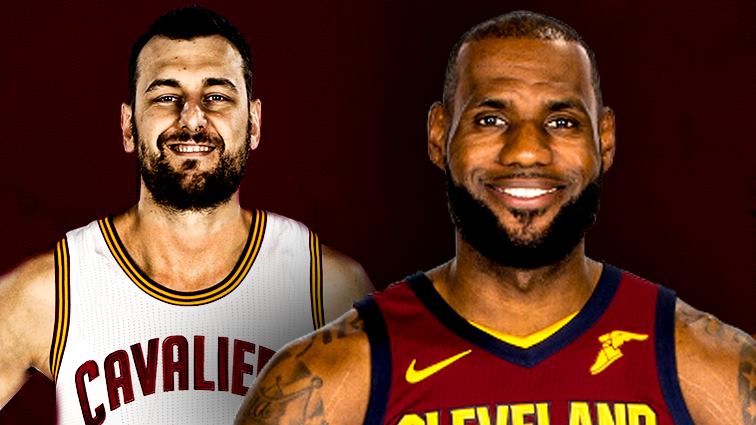 In a home loss to the Denver Nuggets to the tune of 126-117,  the Cleveland Cavaliers had their perimeter defense exposed by Nuggets star guard Gary Harris, who scored 32 points and connected on six of his 10 three-point attempts. The other problem for the Cavs, who have been dealing with injuries all season long, is the fact that starting center Tristan Thompson was sidelined with an ankle injury that will keep him out for at least two weeks.

With Thompson being out, the Cavs decided to roll with newly-acquired big man Larry Nance Jr. as the team’s starting center in their game against the Detroit Pistons. Despite being suddenly thrust into the starting lineup, something that should have happened a while ago,  Nance was awesome against the Pistons and finished with 22 points and 15 rebounds:

Even though Nance was awesome against the Pistons, it would be remiss of the Cavs to not consider adding a big man to their roster after Thompson’s injury. They cannot expect Nance to carry a lion’s share of minutes at the center spot mostly to keep him fresh for a long playoff run. According to Real GM’s Keith Smith, they plan on doing exactly that in the upcoming days:

Hearing that the Cleveland Cavaliers will look at signing a big man to a 10 Day Contract, after learning that Tristan Thompson will miss multiple games with a sprained right ankle.

With not too many big men being bought out before the NBA’s deadline, the options are thin for the team to add a big man for depth. Thankfully, there are a few diamonds in the rough that the team can look at as an option for one of their ten-day contracts. Without further ado, here are the top three options for the Cavs to acquire a center to add depth.

The top, and probably most controversial option for the Cavs is former Pistons center, Willie Reed.  Already playing for the Brooklyn Nets, Miami Heat, Los Angeles Clippers, and the Pistons, Reed would easily be able to find a spot in the Cavs rotation as Nance’s backup while Thompson rehabs from his injury.

The biggest thing he brings to the table is his knack for rim protection, something that earned him a spot as both Hassan Whiteside’s and DeAndre Jordan’s backups.  With the Cavs, he can earn minutes in the low-teens and provide both Nance Jr and eventually Thompson some relief so head coach Ty Lue does not run either player into the ground before the NBA Playoffs begin.

The problem is, Reed is currently suspended for six games due to being arrested on domestic violence charges this season. Besides the fact that he would not be able to play for the Cavs for six days into his ten-day contract with the Cavs, the fact that Reed assaulted his wife is highly problematic. If Reed were signed by the Cavs, he would unmistakably bring to the table a lot of controversy to a locker room that does not need any further distractions. Obviously, the Cavs should not excuse any form of domestic violence but according to Reed’s wife, the situation may have been, “Blown out of proportion.”

If the Cavs were to take the chance on Reed and the controversy he would bring some much-needed depth at the center spot. The luxury of a ten-day contract is if Reed does not work out for the team, they can easily move on from him and the criticism the team will face while wears the Wine and Gold. Sometimes, time really does seem like a flat circle and it would certainly seem that way if the Cavs elect to bring back Andrew Bogut to the team. Last season for the squad, Bogut lasted a whopping fifty-six seconds with the team before breaking his left leg:

Soon after the injury sidelined him, Bogut was waived by the Cavs and they went on to lose to the Warriors, Bogut’s former team, 4-1 in the 2017 NBA Finals.

The following season, after recovering from his broken leg, Bogut signed with the Los Angeles Lakers and primarily served as the team’s backup center until he was phased out of the team’s rotations after it became clear that the Lakers would yet again not be making the playoffs. In January, Bogut was waived by the Lakers so that he could sign with a playoff contender when the time comes.

Bogut was originally linked to the Boston Celtics after he was waived, but the Celtics elected to sign Greg Monroe and Bogut remains without a team to call home. It almost seems like Déjà vu that Bogut, after being bought out by a mediocre Western Conference team, would sign with the Cavs and honestly, he would be in a perfect spot to soak up reserve minutes as a bench big for the team. One major thing that Bogut would bring to the table is his defensive ability. When he was a big part of the Lakers rotation, the team ranked towards the top of the NBA in team defense and he would be able to do exactly the same for a Cavaliers team that has ranked towards the bottom of the league in defense all season long.

The other thing Bogut would bring to the Cavs is a veteran locker room presence. After the team has lost Richard Jefferson, Channing Frye, James Jomes, and Kendrick Perkins to either free agency, trades, or retirement, they have sorely been looking for a veteran presence to maintain a very emotional locker room. This is paramount after the Cavs acquired so many young players that have become key to their rotation and an NBA veteran like Bogut, who has won an NBA Title in the past when the playoffs roll around. 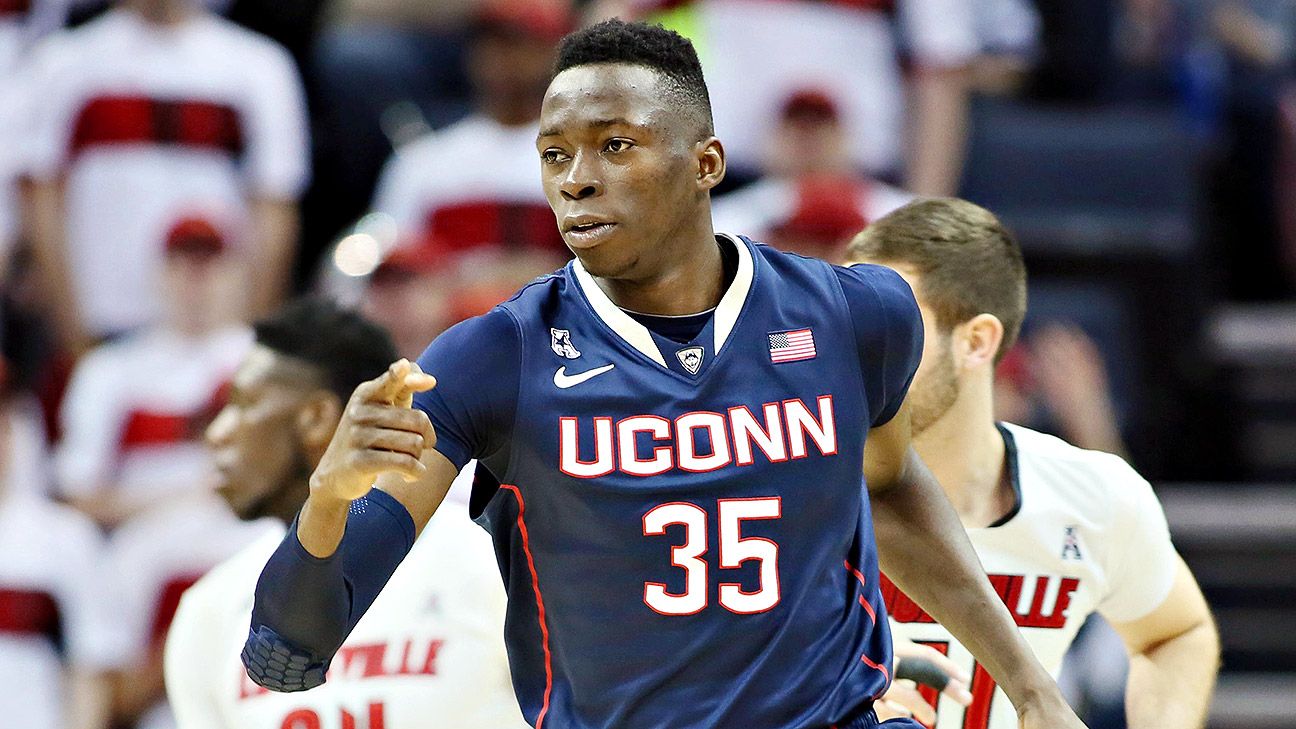 Finally, a player that the Cavs could take a look at is probably one many NBA fans have never heard of in Austin Spurs center Amida Brimah. Undrafted in the 2017 NBA Draft, the former Connecticut Huskie would be an interesting pickup for a Cavs team that sorely needs defense and rebounding, something Brimah specializes in.

In college, Brimah was a freak on the defensive side of the ball and ended up winning the 2015 AAC Defensive Player of the Year award after averaging 3.5 blocks per game. Brimah was always a defensive anchor for the Huskies and his 2014-15 season where he won the award was arguably his best:

After a few successful seasons with the Huskies, Brimah entered the draft and ultimately ended up going undrafted. Eventually, he signed with the San Antonio Spurs G-League affiliate, the Austin Spurs, and has been the same stalwart defender that he was in college.

Even though Brimah has no NBA experience, numbers do not lie as he would provide solid minutes in spurs as a backup for both Nance and Thompson. If the Cavs were to sign him, it would feel eerily similar to when they signed Edy Tavares a few seasons ago and would be able to help the team with problems they have been struggling all season long. 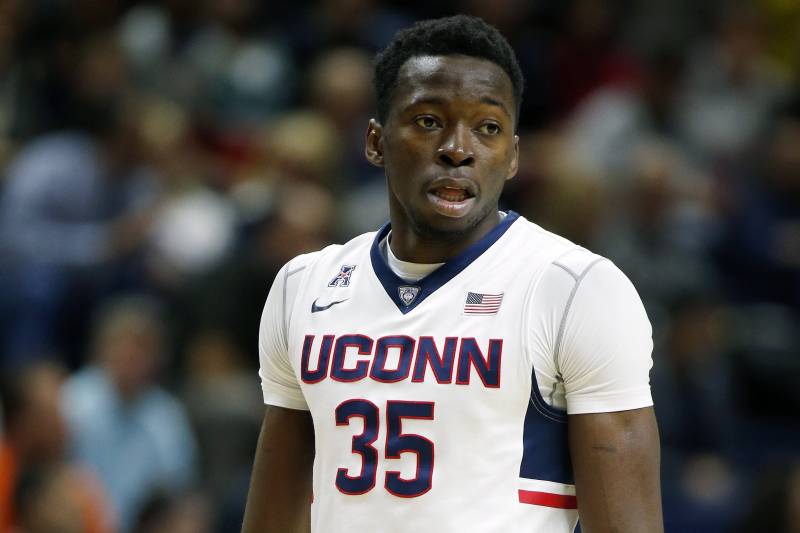 In their win against Detroit, the Cavs were able to back up Nance Jr with rookie center Ante Zizic, who finished with six points, six rebounds, and one block in 16 minutes of play. While this was great for Zizic, who has been spending the majority of his season with the Cavs’ G-League affiliate the Canton Charge, he cannot be the team’s solution for a proper backup for Nance, and eventually Thompson after he recovers from his ankle injury. While Nance has been stellar for the Cavs during his nine games with the team with averages of 11.3 points, 7.5 rebounds, and a ton of energy, the team still needs to find him a proper backup to keep him healthy for an eventual deep playoff run. The team has a few options across the board and will be able to sign someone to a ten-day contract to test the waters during their upcoming road trip. 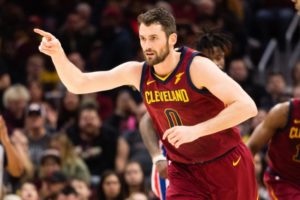