The Top 7 Cavs Haters And Critics

Over the years we have heard many people hate on Cleveland, the Cavs and their players. It is common for people to hate when a team is hot or winning. Us Cavs fans usually don’t make much of it, but it is interesting to reminisce and look back at who the real Cavs haters are. Here is a list of people who have openly hated on the Cavs.

This first one isn’t your household NBA name or analyst; instead, its the sister of Hawks talented forward/center Al Horford.

By the looks of it, she hates Cleveland and Matthew Dellavedova almost as much as Joakim Noah, but its still a toss up. Guess she must still be a little salty about the 4-0 sweep the Hawks received courtesy of the Cavs. 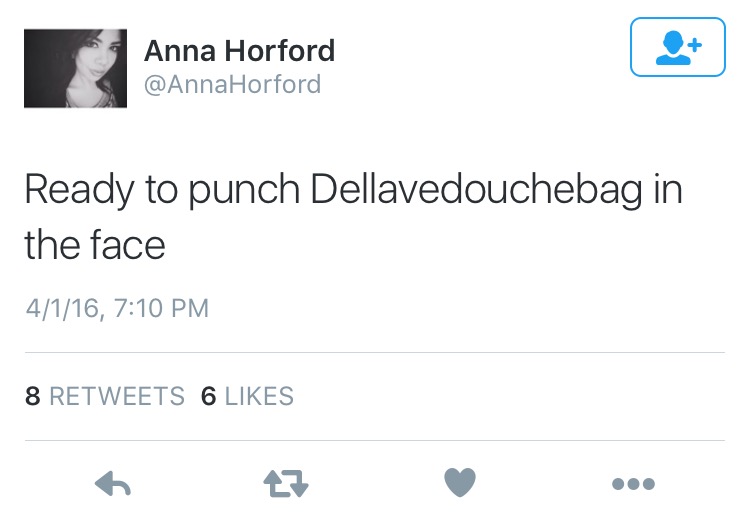 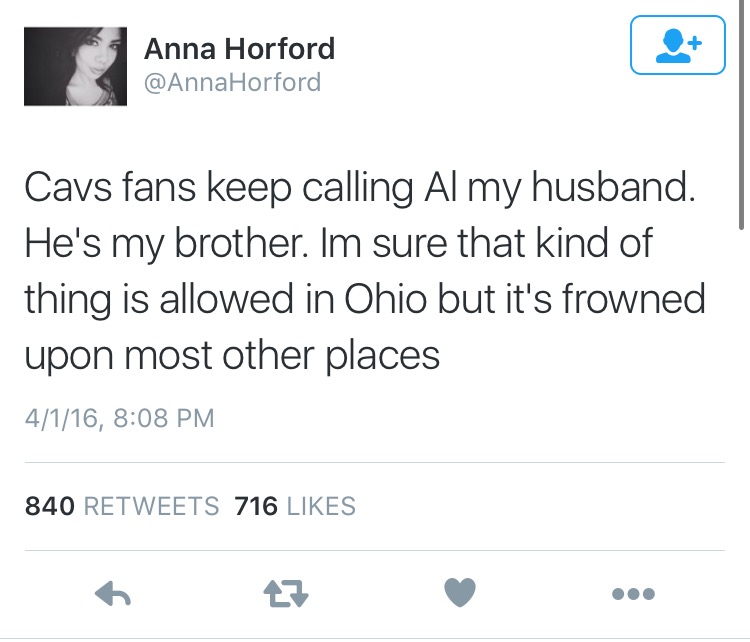 Click “Next” to see the number six Cavs hater

Most Cavs fans should remember this guy. He was a backup guard for the Wizards back when the Cavs battled them nearly every year in the playoffs. He had a special hate for LeBron and the Cavs. Every time he hit a shot he would do his infamous “you can’t see me” hand wave over his face. Stevenson called LeBron a cry baby during the playoffs. Papa John’s thought it would be a good idea to sponsor a giveaway shirt in Washington that said the words cry baby on them. After Clevelanders expressed their displeasure with Papa Johns they decided to give away 23 cent pizzas. So I guess if you love pizza, you may not hate Stevenson.

Click “Next” to see the number five Cavs hater

This one is a little more recent than the others. Shaughnessy is a writer for Boston. Recently he wrote an article ripping Cleveland after the Cavs beat the Celtics. He joked that we were desperate for dropping confetti after only a playoff win. Bashing on us for only winning 9 titles in the last 100 years. He also made inaccurate observations of downtown and the night life. Although he may not be as notable as Skip or Chuck, he said things just as cruel.

Click “Next” to see the number four Cavs hater

Bill wrote an article on Grantland called “Finding the Cleveland Misery Tipping Point”. In this article he ripped every single Cleveland sports team. Reminding us that we have won nearly nothing in the last decade. Also pointing out the specific reasons why we never win. Even if some of the things he said were true, some are better left unsaid.

Click “Next” to see the number three Cavs hater

Skip’s hate has been directed more towards LeBron than the Cavs. I’m sure you’ve all seen or at least heard of his show ESPN First Take, where him and Stephen A. Smith basically just disagree and argue about everything. Skip has publicly criticized LeBron for multiple years now. He said it was wrong of him to leave Cleveland, and then he said it was wrong for him to come back. He has even called him “LeBrick” and constantly picked at LeBron’s ability to close games. This may not be directed towards the Cavs organization, but he has overly criticized our best player.

Click “Next” to see the number two Cavs hater

Chuck is not everyone’s favorite analyst on TNT, as a matter of fact he’s probably everyone’s least favorite. He has done his due diligence hating on the city of Cleveland over the years. In 2009 he called Cleveland a “Dreary ass city”. He has also doubted the Cavs in the past but that is strictly his basketball opinion. His hate for Cleveland dates all the way back to the 90’s, he was accused of assaulting a man at a club in the flats. Although he denies holding any grudges for this incident , we will never know.

Click “Next” to see the number one Cavs hater Yes, we saved the worst for last. Not only is this most relevant now, but Cleveland HATES Noah. He has made it obvious that he is not to fond of the city either. Back in 2009 Noah said “Cleveland really sucks” and that you never hear of anyone saying they’re going on vacation to Cleveland. Since then Cavs fans have boo’ed him over and over again. When asked if he regrets or takes back any of what his said about the city, his response is “Not at all”.