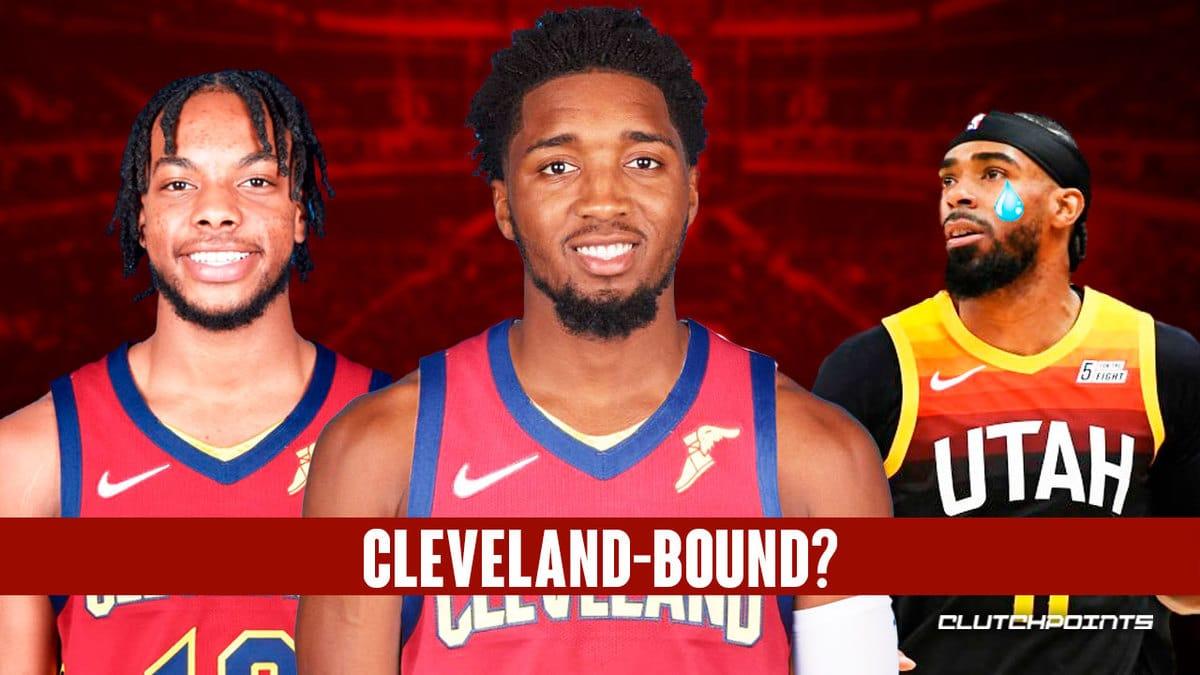 The Cleveland Cavaliers are coming off their finest season, at least since LeBron James left the team in the summer of 2018. They might improve further by adding All-Star Donovan Mitchell.

The Cavs ended last season with a record of 44–38 and were the eighth seed in the Eastern Conference. Even though they were defeated by the Brooklyn Nets and Atlanta Hawks in the play-in tournament, the season was still something to build on for Cleveland.

Looking ahead, the Cavs are trying to improve the roster. In the midst of their impasse with Collin Sexton, perhaps they should look westward. In particular, Utah Jazz All-Star Donovan Mitchell is a player whom the Cavs could be interested in acquiring.

That’s nothing new, of course. The Cavs are an intriguing team that has been referenced in the numerous Mitchell rumors that have surfaced during the offseason. What makes this quite realistic, though, is that they really have some strong assets that they could deal for an All-Star, unlike many other teams.

ICYMI. Cavs among those who have made contact with Jazz on Donovan Mitchell. https://t.co/59ejRBl6n1pic.twitter.com/gwI0ClMOwC

Of course, whether Mitchell wants to play for another small market is an interesting aspect, but that’s a question for another day.

Right now, objectively speaking, adding a third All-Star to the Cavs would potentially elevate them into bona fide East contender status. Recall that they had two All-Stars in the previous season: Jarrett Allen, 24, and Darius Garland, 22. Both made their first appearances in the 2022 All-Star Game.

Looking ahead, some may question if Donovan Mitchell would be a good fit for the Cavs, but any team that would have a shot at having three All-Stars should take it, right?

In light of that, let’s entertain this rumor and determine what type of ideal trade may turn it into reality.

The perfect trade Cavs must offer Jazz for All-Star Guard

According to some sources, the Cavs and the Jazz have recently spoken about trading for Mitchell. Again, Cleveland certainly has the young players and selections to assemble a strong trade package.

The Cavs, of course, are fascinating because of the youthful potential they may provide as part of a deal. For instance, they could put together a deal that included not just one but two first-round picks in addition to potential rising stars Isaac Okoro and Collin Sexton. In Sexton’s case, however, it would have to be in a sign-and-trade setup.

Such a potential trade would leave the Cavs with a core of Evan Mobley, Garland, Allen, and Mitchell. Throw Caris LeVert in the mix, too. That would be a problem for some of the elites in the Eastern Conference, and it could usher in a new era of sustained success in Northeast Ohio.

It also makes financial sense for both teams. Mitchell is set to earn $30 million this coming year. The projected combined salaries of Sexton ($19 million) and Okoro ($7 million) would approximate that. The Jazz would even save some cash. Additionally, they would acquire two first-rounders to shore up their depth in succeeding years.

For the Jazz, Sexton is the tantalizing talent in this deal. At his best, he can replace Mitchell’s production and form an interesting backcourt duo with Mike Conley Jr. He may even become a borderline All-Star. He’s also just 23 years old, making him an interesting building block for the team’s future.

Okoro is no slouch either. The 6’5 guard improved his shooting numbers across the board last year and should make Utah’s wing rotation even deeper. He’s also currently on a 2-year deal, which gives the team flexibility and an additional asset in any possible future transactions.

The two first-rounders significantly sweeten the deal, too. As things stand, the Jazz already have a ton of picks. Adding two more gives the team even more future draft equity they can parlay into additional trade assets or actual rookie talent.

The Jazz lose a current All-Star, but in return, they acquire a potential All-Star and a lot of flexibility. That’s a good deal.

As for the Cavs, Donovan Mitchell almost immediately elevates their stock. Does he fit well alongside Garland? Both are undersized guards who have questionable defense, but that’s also why they have Mobley and Allen. Both can clean up any defensive lapses with their outstanding rim protection. Think about the Damian Lillard- C.J. McCollum combo in Portland but this time plug in an elite shot-blocking pair.

Donovan Mitchell highlights from yesterday’s game in the Miami Pro League via @playmaker. He teamed up with Bam Adebayo and they’ll likely play tomorrow in the championship game. You can watch on https://t.co/M4Nzgigpiwpic.twitter.com/dmPNB6tVAP

Don’t forget that Donovan Mitchell is also coming off another strong season. He averaged 25.9 points, 5.3 assists, 4.2 rebounds, and 1.5 steals per game in 2021-22. Those assists and steals numbers are career-highs, by the way.

Sure, it’ll be an undersized backcourt, but good luck putting a cap on their explosive offense.

If the Cavs want to immediately rise in the East and win now, they should pull the trigger on this move.