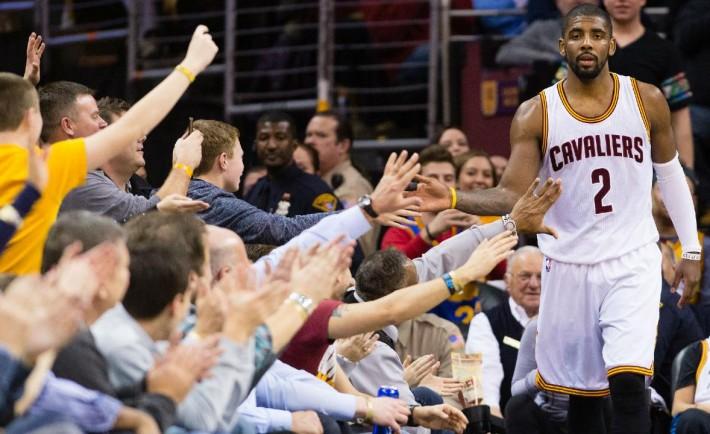 Prior to this entertaining 2014-15 NBA season was a stellar 2013-14 season and a myriad of player movement through the draft or free agency in the offseason. Once LeBron James decided he was going home, Pau Gasol chose Chicago, and Kobe Bryant said he’d be ready to return, the NBA’s fans were ready for one crazy basketball season. A lot of fanbases think they’re the greatest at every game, but we decided to settle that.

Here, we’ll look at the top fanbases in the NBA by attendance at home games in the 2014-15 season, starting with number 10:

The Jazz come in at number 10, averaging better than 18,800 fans per game in what is yet another tough season for the team out of Salt Lake City. One thing is for sure, these fans are committed to their team despite the struggles in the last couple of years. Things are looking up, however, now that Gordon Hayward is healthy, Trey Burke and Rodney Hood are getting a better feel for the NBA game, and Rudy Gobert is their new dew defensive man in the middle who’s still on his rookie contract. 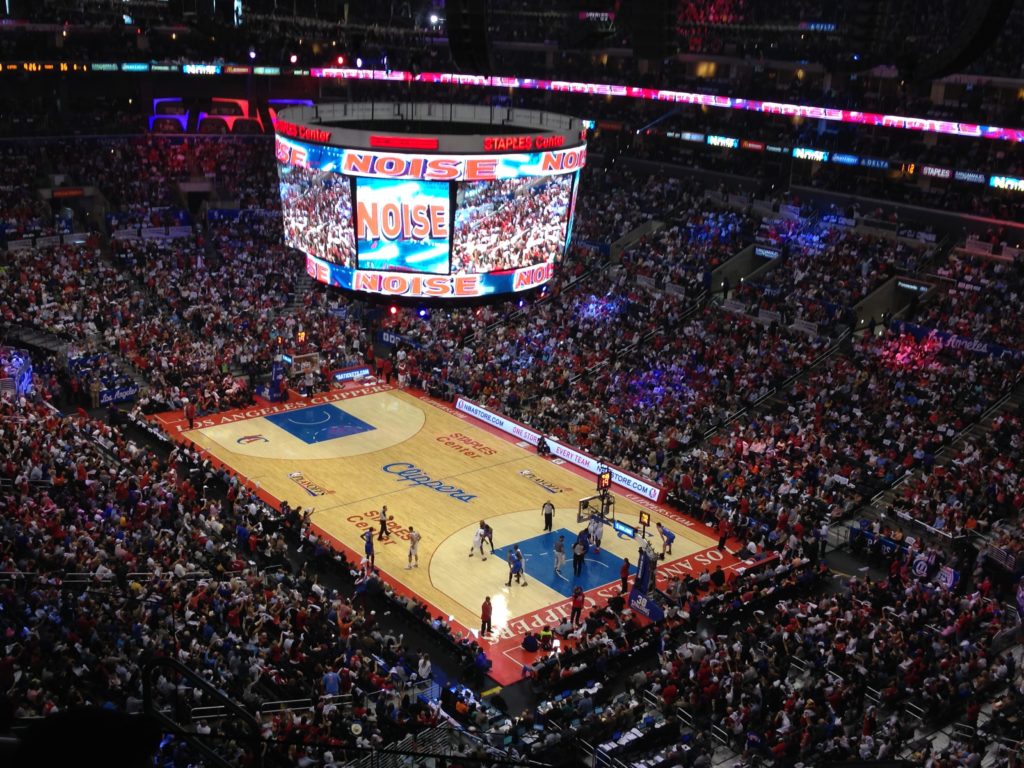 The L.A. Clippers came in at number nine with 19,100+ fans in attendance per game. The Clippers have enjoyed some solid, winning seasons and a playoff run that has taken them just short of the Western Conference Finals. Many however, feel like this is the year as the Clips will reach the Western Conference Finals this year, but they’ll only go as far as Chris Paul, Blake Griffin, and DeAndre Jordan take them.

The Blazers are eighth in fan attendance at home games this season, averaging 19,546 fans per game. The Moda Center fans always have something to cheer on because the Blazers have been in a lot of tightly contested games. Despite the injuries to their stars, the Blazers have stayed afloat in the West and look to possibly gain home-court advantage in the first round of the playoffs. 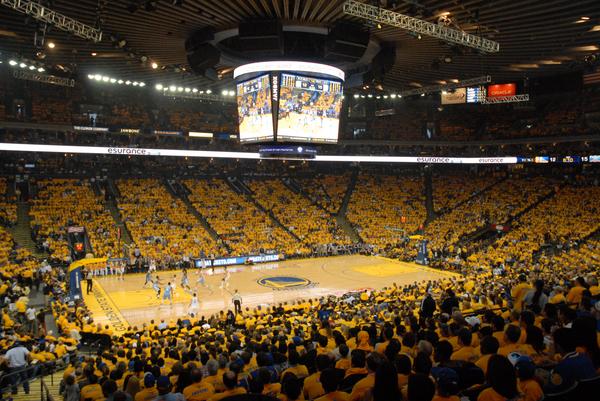 The Warriors have arguably the loudest and and most entertaining fanbases at home, as the Warriors have compiled a 35-2 record at home and win by an average of 15 points per game at home. The Splash Bros, the rise of Draymond Green, and a healthy Bogut in the middle has allowed coach Steve Kerr to play in a way that allows the Warriors to run the ball and be fun to watch while also play stifling defense. The best team in the NBA averages 19,600 fans per game!

Despite losing LeBron James to Cleveland, Miami’s fanbases have remained solid in attendance this season, averaging better than 19,700 in what could wind up being their first miss of the playoffs since 2007-08 when they went 15-67. Since Miami holds the tiebreaker over the Celtics, the worst they’ll need to do is finish tied with them in the standings to get the eighth seed.

The Raptors are Canada’s team, so they aren’t surprising anyone. 19,750 Fans bearing “We The North” shirts are always at the Air Canada Centre supporting their Raptors, helping them to a 26-14 home record despite missing Kyle Lowry and DeMar DeRozan on separate occasions due to injuries. Toronto wants home court advantage in the first-round and they’re just a game ahead of Washington for that coveted fourth seed.

The Knicks have easily hit their franchise mark for futility with a few games remaining in the season. They are 15-62 on the season and 10-28 at home, but that hasn’t stopped Knicks fans from coming out to games. The Knicks have the fourth best fan attendance at home games despite being the worst team in the NBA. 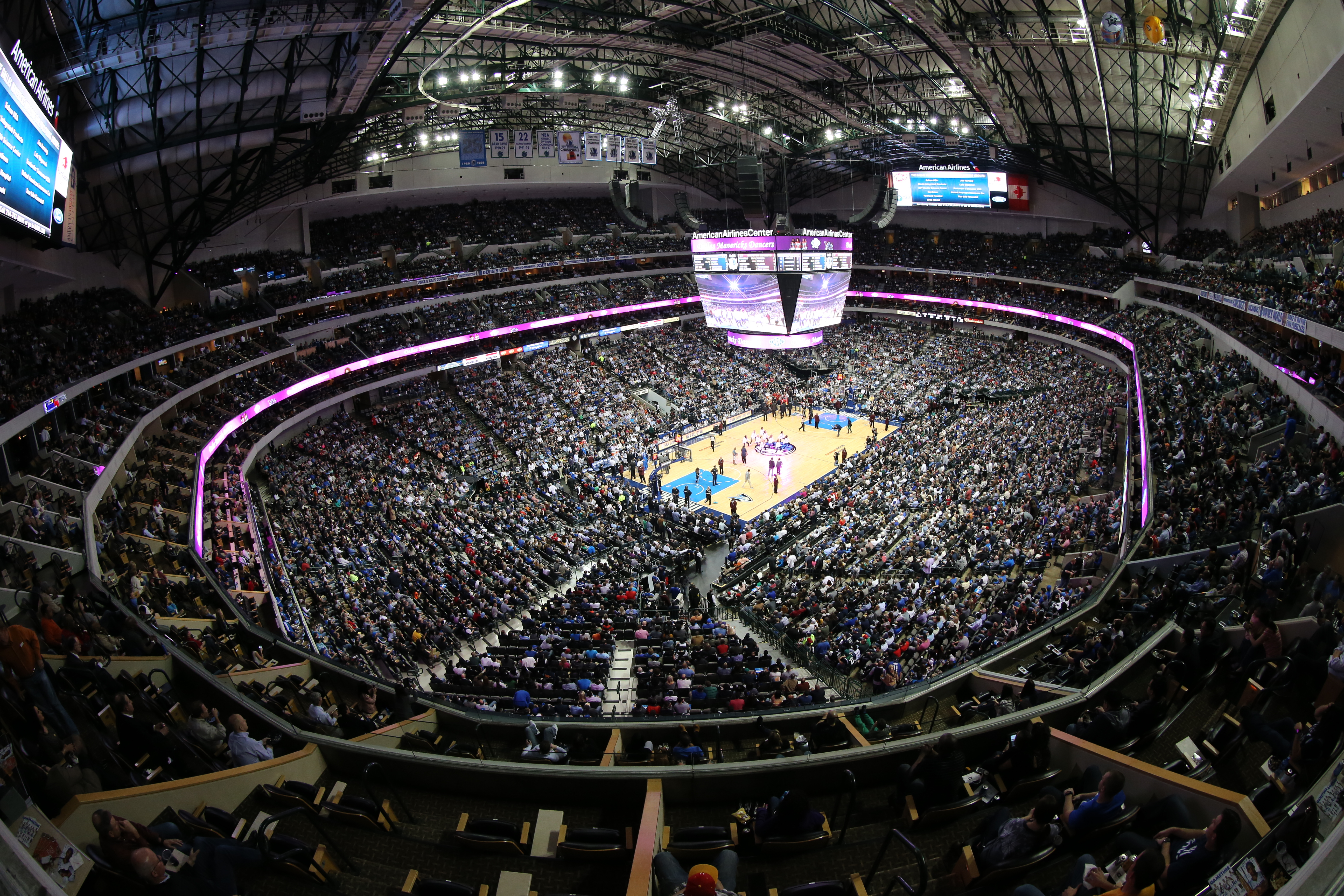 Dallas seems to have had a drop off in production with the arrival of Rajon Rondo, but he gives them a great weapon defensively and occasionally offesnsively. The fans have appreciated their Mavs this season, averaging 20,181 fans per home contest. They’ve also got a 25-14 home record this season in the competitive Western Conference.

The Cavaliers have always had a solid home crowd, but they’ve absolutely slam dunked their way to the top this season, even with the crazy hike in ticket prices. Despite the rough stretches early on in the season, Cleveland’s old 11-9 home record is now 29-9 thanks to the wonderful home crowd and an 18-game home winning streak.

Click “Next” to see the best home fanbase in the NBA

The Chicago Bulls have had a lot of success this season, thanks in large part to the rise of Jimmy Butler, the return of Derrick Rose, and the arrival of Pau Gasol. Chicago is averaging just about 21,300 fans per game this season, showing that many fans have to watch their Bulls. Despite the injuries once again, the Bulls are posting another solid home record at 25-14. Chicago has always had one of the strongest home-court advantages in large part because of how loud and hostile the United Center gets, especially during playoff time.