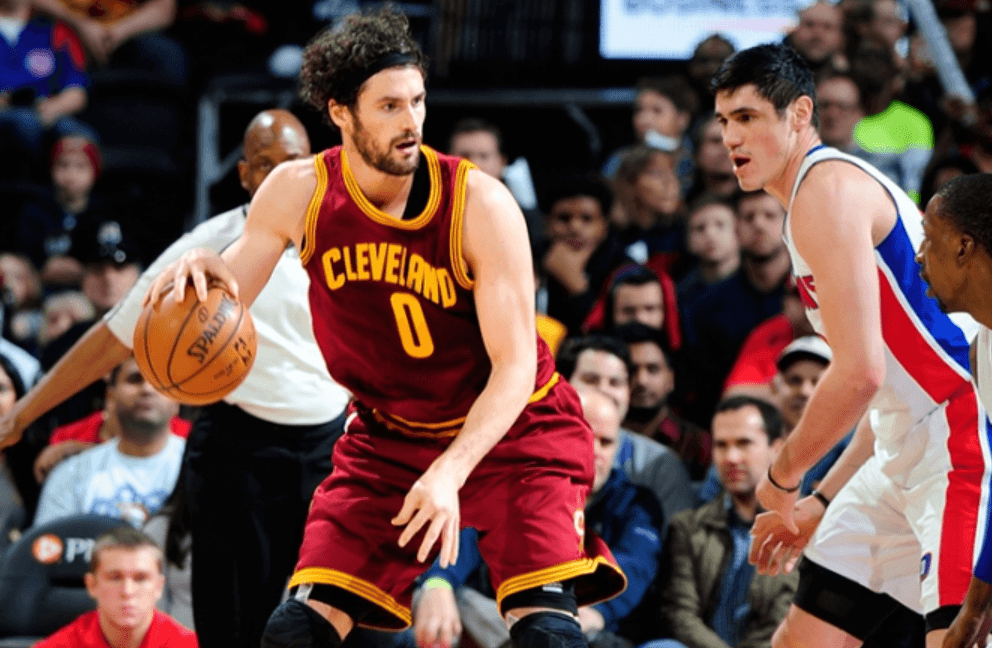 It is very rare that a number eight seed upsets the number one seed in the NBA playoffs. Although it is unlikely, it is certainly not impossible. The Cleveland Cavaliers are rolling into the playoffs with a lot of momentum and will be a difficult freight train to slow down. Their opponent, the Detroit Pistons, are ending a six year playoff drought and have a lot of young talent on their roster. If the Cavs are going to keep this series short and go into the semifinals with fresh legs, Kevin Love will definitely have to play at a high level.

It is an obvious statement that LeBron James is the best player on the Cavaliers, but, that does not mean he is the most important player in this series. The X-factor for the Cavs will be Kevin Love, and that’s for a number of reasons.

First off, the Pistons are loaded with talented, young wing defenders that will guard LeBron. Pistons’ coach Stan Van Gundy will do everything he can to rattle LeBron by throwing different looks and defenders at him. Between Marcus Morris, Stanley Johnson, and Tobias Harris (whom LeBron has had run ins with in the past) the Pistons will surely give a good effort guarding LeBron. This makes Kevin Love all the more important. He will have to take advantage of the fact that LeBron will not be able to do all of the scoring.

Another reason Kevin Love is so crucial to the Cavs success in this series is because Tobias Harris is the starting power forward for Detroit, and will be guarding Love the majority of the time. Kevin Love has a size advantage on Harris and should be able to dominate him in the post. If Love can take over against Harris, Stan Van Gundy will have no choice but to either move him to LeBron or sub him out of the game. In three games against the Pistons this season, Love averaged 24 points, 7.3 rebounds, and 3.0 assists on 51.1% shooting from the field and 50% from downtown. Love took an average of 15.7 shots per game against the Pistons and made eight of them, so he was clearly big-time against them this season.

Finally, Kevin Love is important to the Cavs vs Detroit because this series will be won in the paint. Love is the Cavs best post scorer and an elite rebounder. The Cavs will look to get Love going early and utilize the mismatch he has in the post all series.

The Cavs have been coasting through the regular season for months now, just waiting for the opportunity to play playoff basketball. The team was not at full strength throughout the postseason last year and will be looking to make a statement early on during the 2016 playoff campaign. The Cavs get their title run started this Sunday at 3 pm at the Q.