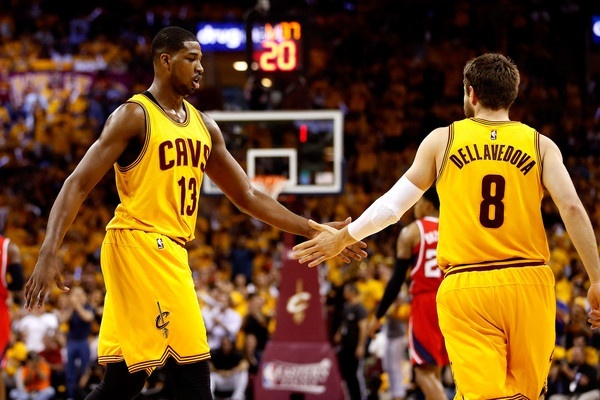 The duo of Matthew Dellavedova and Tristan Thompson has turned into a very effective bench partnership for the Cleveland Cavaliers. These two have developed a signature play as well. It’s when Dellavedova lobs a beautiful pass to Thompson who then finishes with a thunderous slam dunk. It’s all about these two players’ familiarity with each other.

The play works perfectly every time they run it. The reason why is because Matthew Dellavedova has become a reliable scoring threat, when he hits those tear drop shots, and has also improved as a playmaker. Defenses have to respect the Cavaliers point guard now as he’s already a viable offensive weapon for the team, whether he’s scoring through those sneaky push shots or setting up a teammate.

When Tristan Thompson sets a screen for him at the top of the key, Dellavedova is able to draw the defense towards him and initiate an alley-oop for Thompson. If the defense decides to get wise on this play, then they can run variations of the pick-and-roll and still be effective. However, the pick-and-roll for the alley-oop to Thompson seems to be working out great. Let’s take a look at some of these masterful plays from Dellavedova and Thompson.

Tristan Thompson and Matthew Dellavedova have had unique journeys to the NBA. Thompson hails from Toronto, Ontario in Canada and played his college basketball under Rick Barnes at the University of Texas. In Thompson’s lone season at Texas he averaged 13.1 points and 7.8 rebounds per game. His motor and work ethic made the Cleveland Cavaliers decide to select him fourth overall in the 2011 NBA Draft. Over the years, he has been tagged as a very limited player, but in last season’s playoffs, his value to the team was magnified as everyone learned about his rebounding prowess, especially on the offensive end.

Matthew Dellavedova is the team’s Aussie pitbull. He played college basketball at Saint Mary’s University. In 136 games at Saint Mary’s, Dellavedova averaged 14.2 points and 5.6 assist per contest. He was always an efficient and scrappy player, and these appealed to the Cavaliers’ coaching staff when they signed him as an undrafted free agent in 2013.

Dellavedova has turned into a player that Coach David Blatt can trust. With changes in the line-up seemingly always in flux, especially at the point guard position, the rugged guard has stepped up in a huge way. During the postgame press conference in last week’s game against Orlando, Coach David Blatt emphasized that when Kyrie Irving returns, Matthew Dellavedova will remain an important piece to the team. Blatt added that he is an important part to what the Cavs are about and what they do. Only time will tell if that remains true.

The way these two are connecting reminds us of how Chris Paul and Tyson Chandler used to do it back in New Orleans. Of course, Dellavedova is no Paul and Thompson is no Chandler, but the familiarity between these two Cavalier reserves is simply a thing of beauty. 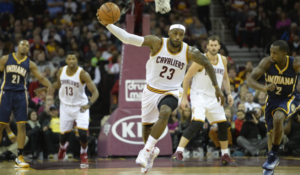