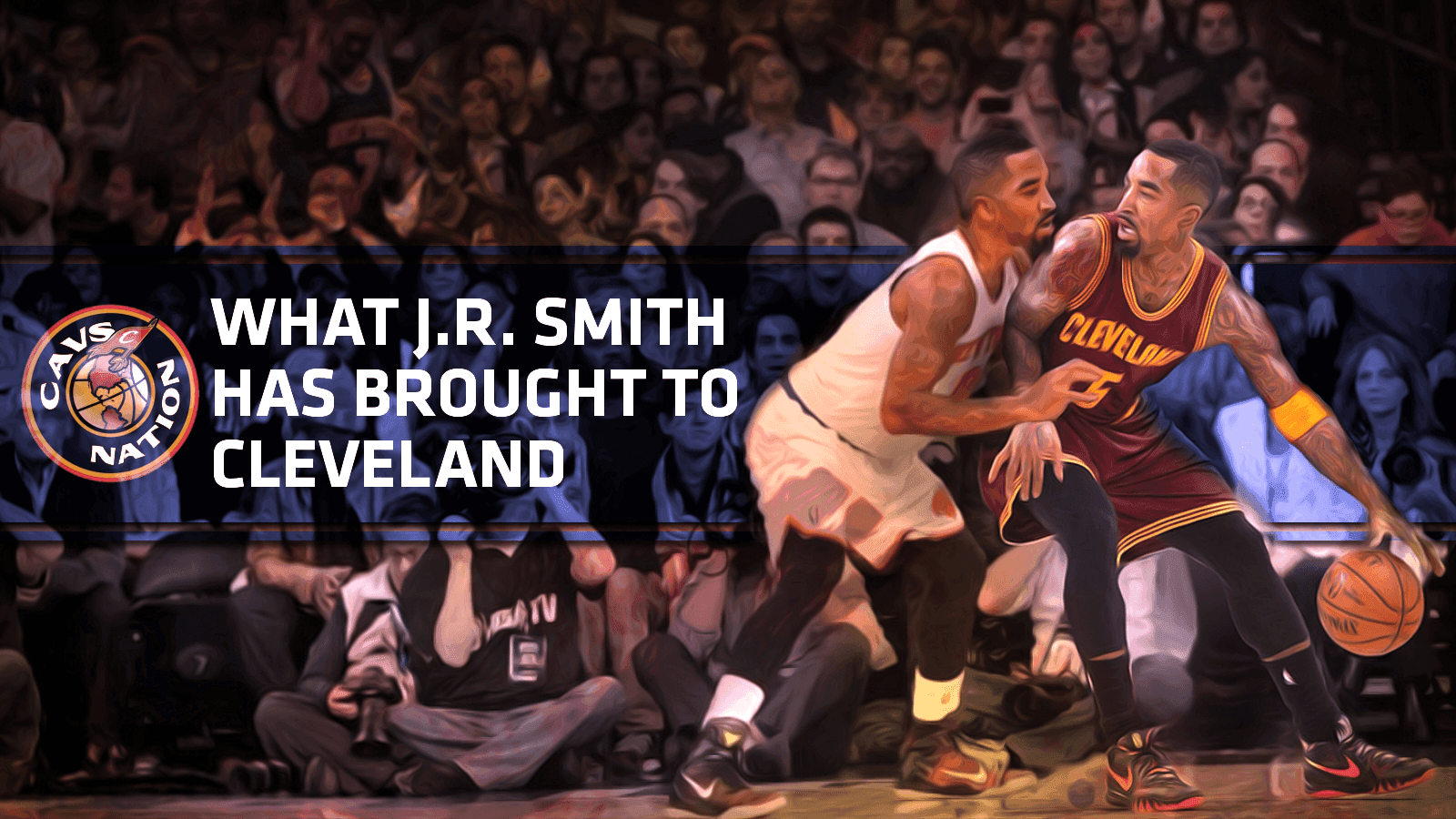 With the Cavaliers on an absolute tear since mid-January, winning 21 out of their last 27 games, David Griffin and the Cavaliers front office deserve great praise for the acquisitions of Timofey Mozgov, Iman Shumpert, and J.R. Smith.

These three impact players have solidified their roles on an elite team that is poised to make a run for an NBA Championship this season. With J.R. Smith being considered the “superstar” out of the three recently acquired players, many Cavs fans are intrigued about whether or not he will retain the same antics that became quite repetitive and bothersome in New York. Surely after the Smith’s starting in 30 of his first 31 games in Cleveland, Cavs fans must be pleased with the role he has filled in place of Dion Waiters.

Cleveland’s new Shooting Guard is currently averaging 12.6 points, 3.7 rebounds and 1.7 steals. Slightly fewer points, but more aggression on the boards and in the passing lanes. His game has taken on a level of maturity with more hustle and focus, as evident by the fact that he’s taking every detail of basketball more seriously. For instance, before playing for Cleveland, J.R. Smith shot 73.6% from the FT line. Now, on a team that knows every point counts, he’s currently shooting a career high 82.6% from the strike. Not taking anything for granted, Smith has transformed from a dazzling sixth-man to a consistent, hard-working starter – a void never truly filled with Dion Waiters in town. Ultimately, Smith’s growth and intangible contributions to the Cavs are a result of a new culture he was immersed in when coming to the Land:

This appears to be a more natural fit for Smith, no longer having to encounter the limelight that came with playing in the Big Apple. No more provocative Twitter messages being leaked, intoxicated nights partying with other celebrities, or unlacing players’ shoelaces mid-game; Smith is focused on his run for his first elusive NBA championship ring. The Land has given Smith a focus on team basketball, and in return, J.R. Smith has given a slumping team and an anxious city the missing spirit is needed:

With the ticking time bomb and inconsistent statistical output aspects that still linger, it is not fair to say that J.R. is completely free of any criticism. With a notable questionable shot selection at times, it’s very common to cringe at some of his on court play. However, with veteran leadership of players such as LeBron James, Kevin Love, and Mike Miller, which was not really evident in New York, Smith seems to have a much more level head. J.R. will need to continue his recent play at the 2 guard position and compliment All-Star Kyrie Irving in the Cavs backcourt in order to assure a run at Cleveland’s first NBA Championship. Believe it or not, Smith might be the biggest difference for the Cavs, who have consistently presented winning basketball. The best part? Cleveland is now a basketball city with culture, heart, and thanks to J.R., a bit of flare: