The Importance Of Iman Shumpert 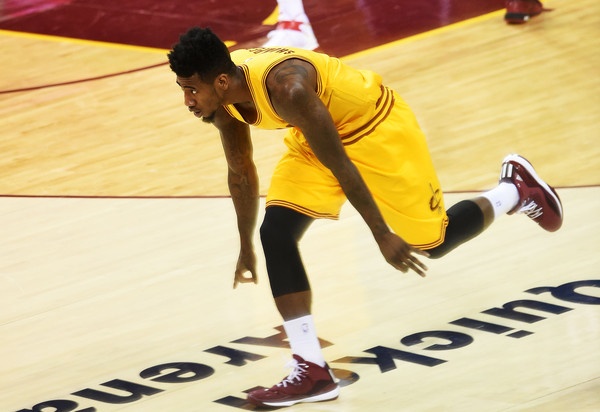 Iman Shumpert is returning to the Cavaliers on a new four-year, $40M deal, and Cavs fans all around the world should be rejoicing.

Shumpert may not put up ground breaking numbers every night but he is a crucial piece to the success of this franchise. He has the ability to play, and guard, three positions. That’s Shumpert’s greatest asset, his defensive presence.

Shumpert is an underrated defender, although he seems to think the world of himself. He’s the “most wanted thief in the league” if you go by his Cavalier-inspired “The Offs”. He has a point, he was third on last season’s Cavs roster in steals per game, with 1.3. But the numbers don’t quite do him justice, he’s not just a lockdown on-ball defender, but a terrific off-ball defender too.

Shumpert put up his best numbers as a rookie with the New York Knicks and is yet to reach that level of play again in his career. Yet nobody can deny that he was a crucial part of the Cavs’ deep playoff run. The numbers aren’t how basketball fans should judge the play of the former 17th overall pick. 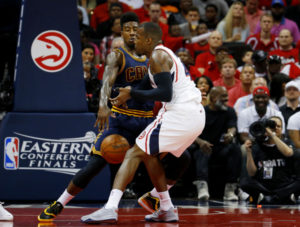 But in the playoffs, Shumpert’s effect on the team became even more pronounced. His basic averages made a considerable jump. When Smith missed the first two games of the Bulls series with a suspension, Shumpert started in his place and filled his shoes admirably. In Games 1 and 2, Shumpert averaged 18.5 points, four rebounds, and two steals while shooting 48.5% from downtown.

The Cavs locking down Shumpert for a further four years, at the age of 25, means we’ll see him play right into his prime. We should see him play the best basketball of his career right in the 216. If Shump can channel just pieces of his Bulls playoff series through the next four years, the Cavs have one hell of an asset on the wing.

He’s the perfect fit in Cleveland, playing alongside some of the best playmakers the league has to offer. With the ball in either James or Irving’s hands, Coach Blatt simply doesn’t need Shumpert to do anything he’s not comfortable with. LeBron needs to be surrounded by corner shooters and that’s where Shumpert should continue to improve his game.

What basketball fans also need to remember is Shumpert was an addition midway through the season. To learn new offensive and defensive playbooks, as well as clue in on all your new teammates tendencies is a very difficult situation to be thrown into.

If at any point you find yourself doubting Shumpert’s play, just remind yourself of what super-GM David Griffin gave up for him and J.R. Smith. A second round pick. No matter what the future outcome is for either of these players, the Cavs have already won that trade. 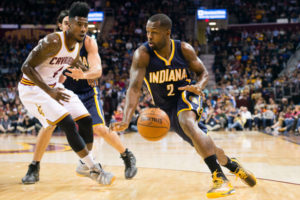