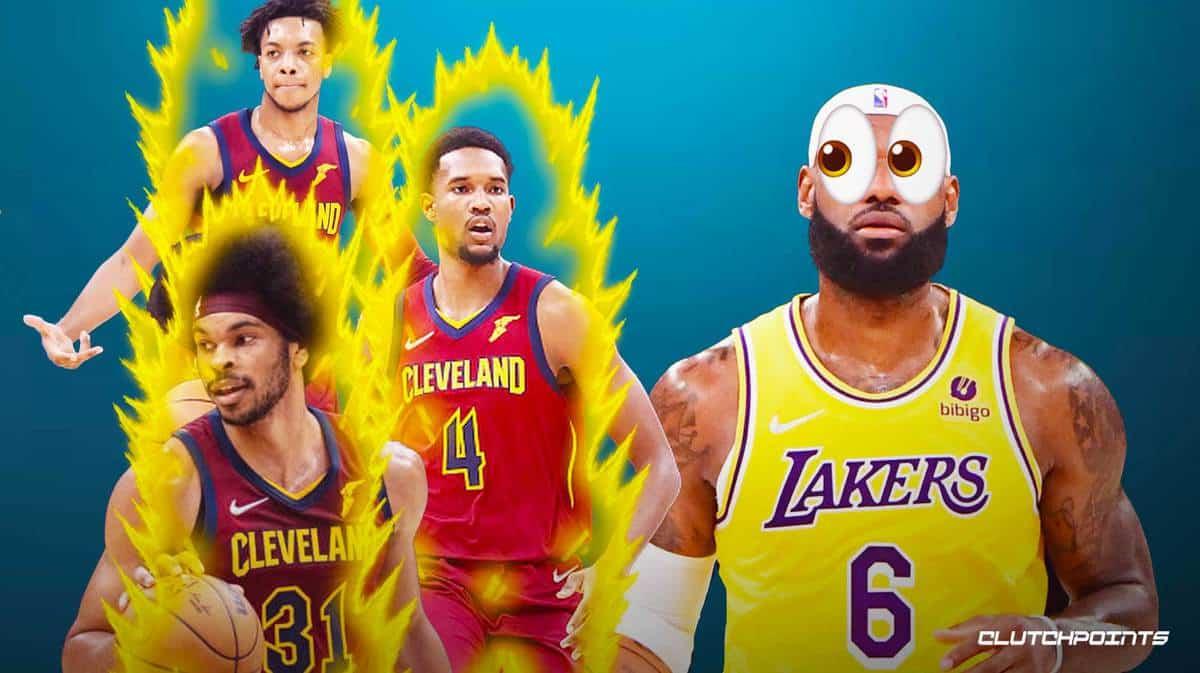 The Cleveland Cavaliers have been in rebuilding mode ever since hometown hero LeBron James left for Los Angeles back in 2018. While the first two seasons of the post-LeBron era were awful, the Cavs are finally starting to turn heads in 2021-22 with a shockingly dominant start to the season. Cleveland is currently sitting in the third spot of the Eastern Conference with a 19-12 record.

Winners of six straight contests (though COVID-19 is currently ravaging the roster), the Cavs are looking like a legitimate threat, thanks in large part to the vast improvement of its core players, including Darius Garland and Jarrett Allen. In fact, those two are already showing their potential to be the first All-Star talents for the franchise in the post-LeBron era.

Garland is currently in his third season with the Cavs, who drafted him fifth overall in the 2019 NBA Draft. Since he first came to Cleveland, he has been seeing significant action in the starting backcourt unit that he shared with another young stud in Collin Sexton. Unfortunately, the Alabama product suffered a torn left meniscus in early November, which abruptly ended his 2021-22 season.

Due to Sexton’s absence, Garland has needed to shoulder more load in the scoring and playmaking department for his team. This season, the Indiana native has been putting up more shots at a better rate with an average of 15.1 attempts and 47.6% shooting from the field per game. Garland’s numbers across all major statistical categories have also increased as compared to last season. In 29 appearances, he’s currently averaging 19.1 points and 7.3 assists to go with 1.3 steals for the Cavaliers. He’s also shooting an impressive 39.2% from 3-point range.

On the other hand, Allen is currently in his second season of duty with the team after signing a five-year, $100 million contract extension back in October. The former Texas Longhorn is enjoying a breakout campaign, showing continuous improvement every time he steps on the floor. Similar to Garland, he’s also playing the best basketball of his five-year career in the league this season.

Allen is currently recording 16.8 points, 10.8 rebounds, and 1.4 blocks in 28 games played. As of the moment, he’s also ranked third in field goal percentage in the league with a whopping 70.2% conversation rate, only trailing behind Utah Jazz star Rudy Gobert and Sacramento Kings big man Richaun Holmes. Along with fellow young big man Evan Mobley, Allen is anchoring an elite defense that has made an incredible jump up from last season.

Both Garland and Allen are making their respective cases as All-Stars and potential candidates for Most Improved Player. Yes, there will be a lot of competition for these honors thanks to the amount of talent in the league, and it wouldn’t be surprising if they’re snubbed.

However, no one can disregard just how good these youngsters have been and the fact that they are still in the early stages of their careers, with Garland and Allen still at 21 and 23 years old, respectively. Both players will have many opportunities to make a strong case for themselves in the future, given their youth along with their high level of play as of late.

More than their individual numbers and accomplishments, both Garland and Allen have shown that there is still hope for a small-market team like the Cavs that heavily relied on the presence of LeBron James for so many years.

With their promising potential, it will only be a matter of time until they get selected for their first All-Star appearances, and most importantly, be able to successfully bring another title for the city of Cleveland. Until then, both Darius Garland and Jarrett Allen will have to prove that they are for real and that the Cavs can finally be considered as legitimate playoff contenders without the help of LeBron James.