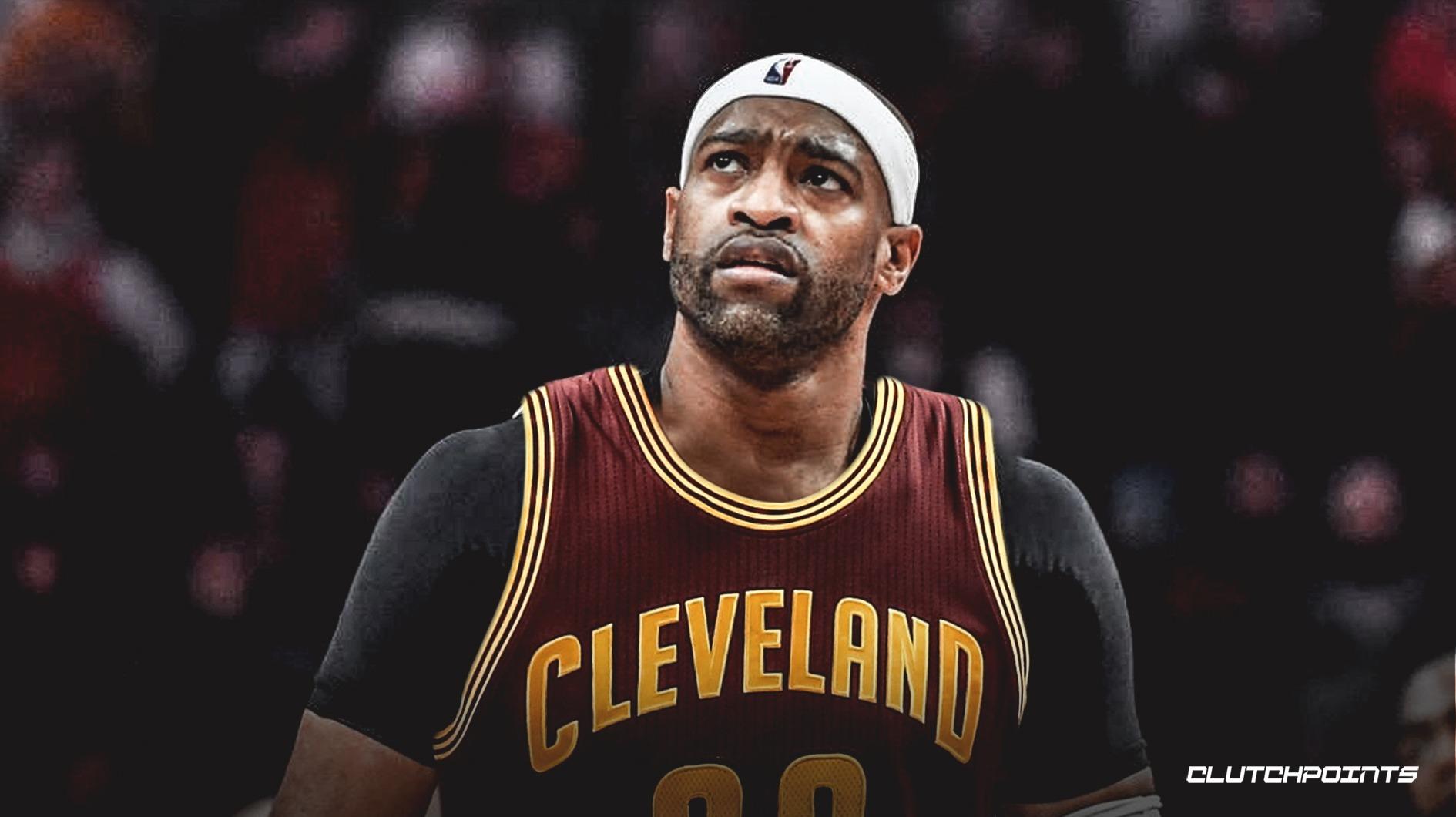 The Cleveland Cavaliers have yet to make a move in free agency to this point, and any rumors surrounding the team have had them looking into young players with potential, such as Dragan Bender, who decided to play in Russia. This strategy does make a lot of sense, but what if the Cavs decided to do the opposite? There is one aging veteran available who would be a great fit in Cleveland, both on and off the court; Vince Carter.

He’s no longer the high-flying dunker who made eight consecutive All-Star teams from 2000-2007, but Carter is still a valuable rotational player, and that’s impressive at his age. He turned 42 in January and will be playing in his 22nd NBA season, but he’s not a bench warmer. Last season for the Atlanta Hawks, Carter played in 76 games, starting nine, and averaged 7.4 points, 2.6 rebounds, and 1.1 assists in 17.5 minutes per game. He is unlikely to return to Atlanta, which means he’s available for the Cavaliers to sign.

Cleveland has a plethora of guards, but only two true wing players in Cedi Osman and Dylan Windler. Carter would provide good depth behind those two, without stealing minutes from both, who are young and need their playing time. Carter would also be able to provide some valuable information to Osman and Windler, especially on playing style.

Vince Carter began his career as a high-flying athlete who relied on his elite athleticism to win against his defender. But he’s remained an effective player long after that athleticism disappeared. He ranks sixth all-time in three-point shots made, and has a good chance to pass Jason Terry to move into fifth place this season. Windler is a sharpshooter, while Osman needs to really improve his outside shooting stroke. There aren’t many better to learn from than Carter.

Despite already having a spot for his name in Springfield, Carter has never won an NBA championship, and unfortunately that wouldn’t change if he joins the Cavs. It’s been many years since Carter played for a legitimate Finals contender, and it’s highly unlikely that noplayoff teams wanted him on their rosters. Perhaps he is satisfied with simply being a mentor to young players at this point in his career.

And that’s where Carter could make his biggest impact. He’s widely regarded as one of the best teammates in the league, having won Teammate of the Year in 2015-2016, and would be a great mentor for Windler at SF. But perhaps even more importantly, he could take rookie guard Kevin Porter Jr. under his wing, as KPJ comes into the league with some character concerns as a result of his college suspension. If any of Carter’s character and work ethic rubs off on Porter Jr., signing Carter would be all worth it.

Move it or use it? Five improvements the Cavs can attempt involving the Nets pick

Kevin Love will turn 31 in September, and is the oldest player on the team. In fact, he’s the only Cavalier over 30 years old. Seven players are under 30, and three are still teenagers. It’s great that Cleveland is committing to a youth movement, but those young guys need veterans to show them the ropes. Love is great at that, but he can’t do everything. Having Carter to lead the locker room and instruct the rookies on how to be a true professional would be invaluable.

At this point, the Cavs are trying to stay underneath the luxury tax threshold, which they got under by waiving and stretching the contract of J.R. Smith. They have just enough to sign Vince Carter to a minimum contract and not hit that threshold. Carter is the opposite of a young player with potential, but that’s why he makes perfect sense for the Cavaliers. He would provide good bench depth and a positive influence in the locker room for one of the youngest teams in the league, and who wouldn’t buy a Cleveland #15 Carter jersey?