The chaotic versatility of the Cavs’ Cedi Osman 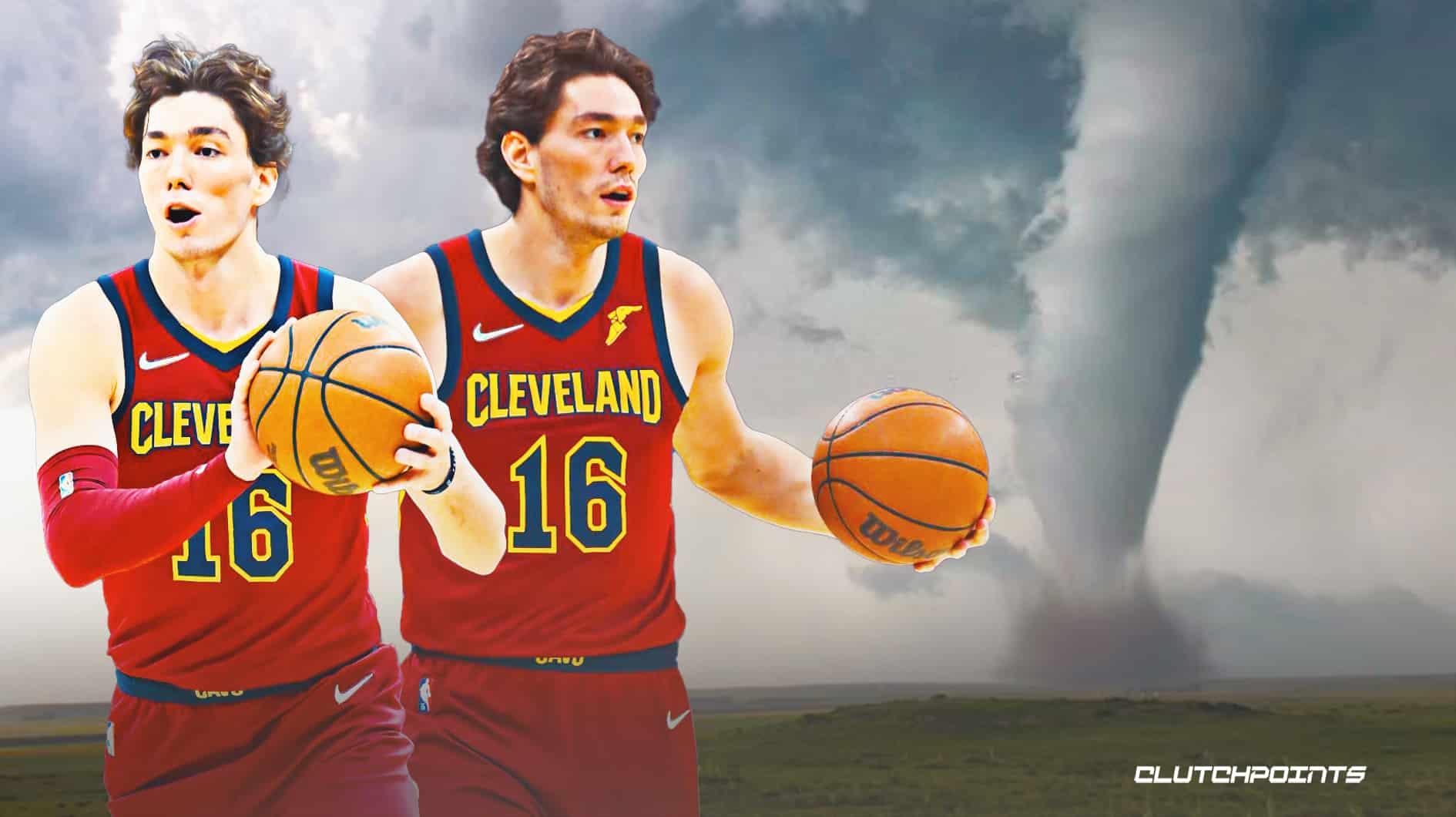 Seven years ago on draft night, the Cleveland Cavaliers traded for the rights to the first pick of the second round: a 6’7″ Small Forward out of Turkey. Cedi Osman. He’s experienced a rollercoaster career since that day. The Cavs fanbase as a whole has switched up on him numerous times.

Cedi’s journey with the Cavs

Drafted into a Cleveland team that was competing for titles with their big three of LeBron James, Kyrie Irving, and Kevin Love, the Cavs elected to stash Osman overseas for a couple years. In that timespan, the team obviously won a title in 2016. Then in 2017, David Griffin brought the second round pick over to the states to round out the roster.

Initially, there was a little distaste in the mouth of fans. Choosing to add this young unknown to the squad rather than a proven veteran was a little underwhelming in the sights of many. When he got his chance, though, he instantly became a fan favorite. Cedi played with an intensity and fire that was inexistent for the old, veteran Cavaliers who coasted through the regular season games.

He had a few nice performances, but it wasn’t until next season that he actually got his opportunity. Cleveland kicked off their rebuild once LeBron left. The second-year swingman maintained a tight connection with James, who took a liking to him in his rookie season. Osman was invited to the Rising Stars Challenge, and headlined the Cavs rebuild alongside Collin Sexton.

Cedi’s current situation with the Cavs

Fast forward to now, and Cedi Osman is the second longest retained Cavalier behind Kevin Love. He was moved to a predominantly bench role with the addition of Isaac Okoro last season, and subsequently suffered his worst season in the pros. Every year since the rebuild began, his minutes have decreased. He’s only started 3 out of the 56 games he’s played in 2021-22.

However, this year has been different. The affectionally-termed “Turkish LeBron” is enjoying his best season in the NBA. Or, he was. His minutes have been down recently, and ultimately culminated in a DNP-CD against the 76ers. It’s easy to miss the forest for the trees with Cedi. When he’s not in a groove it can get bad. But when he’s clicking? He’s one of the most impactful players on the team.

You could call him a jack of all trades, master of none. You’d be right, but he’s good enough at many of those things to the point where he’s not just exceedingly sub-par or even mediocre. At the same time though, you need to strike a delicate balance with him. He can give you a lot in many different ways, but it may not always bring the results you’re seeking.

Cedi’s available skillset with the Cavs

At 6’7″ 230 lbs, there’s several aspects of his game that are worth appreciating. His defense hasn’t quite developed in the way you’d hope. His offensive skillset on the wing is where his value and versatility comes in. He has a wide-reaching array of tools that help him contribute in several different areas.

This season, his most valuable addition to the Cavs has been his jumper. He’s knocking down 36% of his triples on 9 attempts per 36 minutes. He started the season especially hot. He’s cooled off a little bit recently after a blazing hot start, but those numbers make him one of the best floor spacers in the NBA this season, alongside fellow second-unit gunner, Kevin Love, when you factor in volume.

Osman is a historically confidence-based player, but he’s become increasingly more unafraid of slinging it from deep with every season he’s played in the wine & gold. Even if the shot isn’t falling, the fact that he puts up the shots at such a high volume, means the defense is still likely to defend him closely from range. The variety of attempts he’ll take allows him to inflate that volume. He can hit the catch-and-shoot, pull-up, or in-motion looks.

Cedi’s shooting development thru the years is astounding. He’s always been inconsistent, but if you can get thru the lows with him you’ll greatly benefit from the highs

When he’s feeling it, he can hit these movement 3a. Not just any role-player can put up 14 3PA off-the-bench pic.twitter.com/KKr10jHIdW

The threat of his jumper often has defenders closing out on him hard when he gets the ball with space on the perimeter. That opens up his off-the-dribble game. The ability to effectively put the ball on the floor in the halfcourt might be one of the most underrated skills in NBA basketball. It’s what separates a limited spot-up shooter from a guy who can warp the defense in multiple ways.

He has a very solid handle for a bigger guy, and paring that with his decent athleticism allows him to get all the way to the rim a few times each game. Although they’re not high-level options, he can get into a floater or pull-up inside the arc. In turn, his ability to collapse the defense from time-to-time opens up another aspect of his game.

It’s so so valuable if your role-players are able to do this. Cedi Osman’s versatility shines pic.twitter.com/cqNUlfc8pZ

Cedi is a great passer for a small forward. He sees the floor well, part of which is thanks to his height. Cedi is able to run sets pretty well and is a capable ball-handler in the Pick & Roll. His ability to do all these things shouldn’t be confused with assigning him the role of being a primary ball-handler, however. He’s much more of a connector, rather.

With Darius Garland out, Cedi Osman drew the start at PG, dishing out a career high 12 assists to only 1 turnover.

Cedi has become such a well-rounded and versatile offensive player. Such an unselfish player, he’ll do whatever’s asked of him to the absolute best of his ability pic.twitter.com/NKHgeIA0pX

Osman does a lot of complimentary things very well, but when you ask him to create advantages for himself or the team, the results often aren’t that pretty. Put him in a rhythmic offense with a lot of movement, and he’ll fill in all the margins that you could ask for.

Every now and then, his confidence will be rocked and Cedi will make some rash decisions, put up a few airballs, miss an open layup or two… his low-points are uncomfortably noticeable. But his high-points are worth it and something that this Cavs team will find useful, should they continue to give him the opportunity to play meaningful minutes with this team.