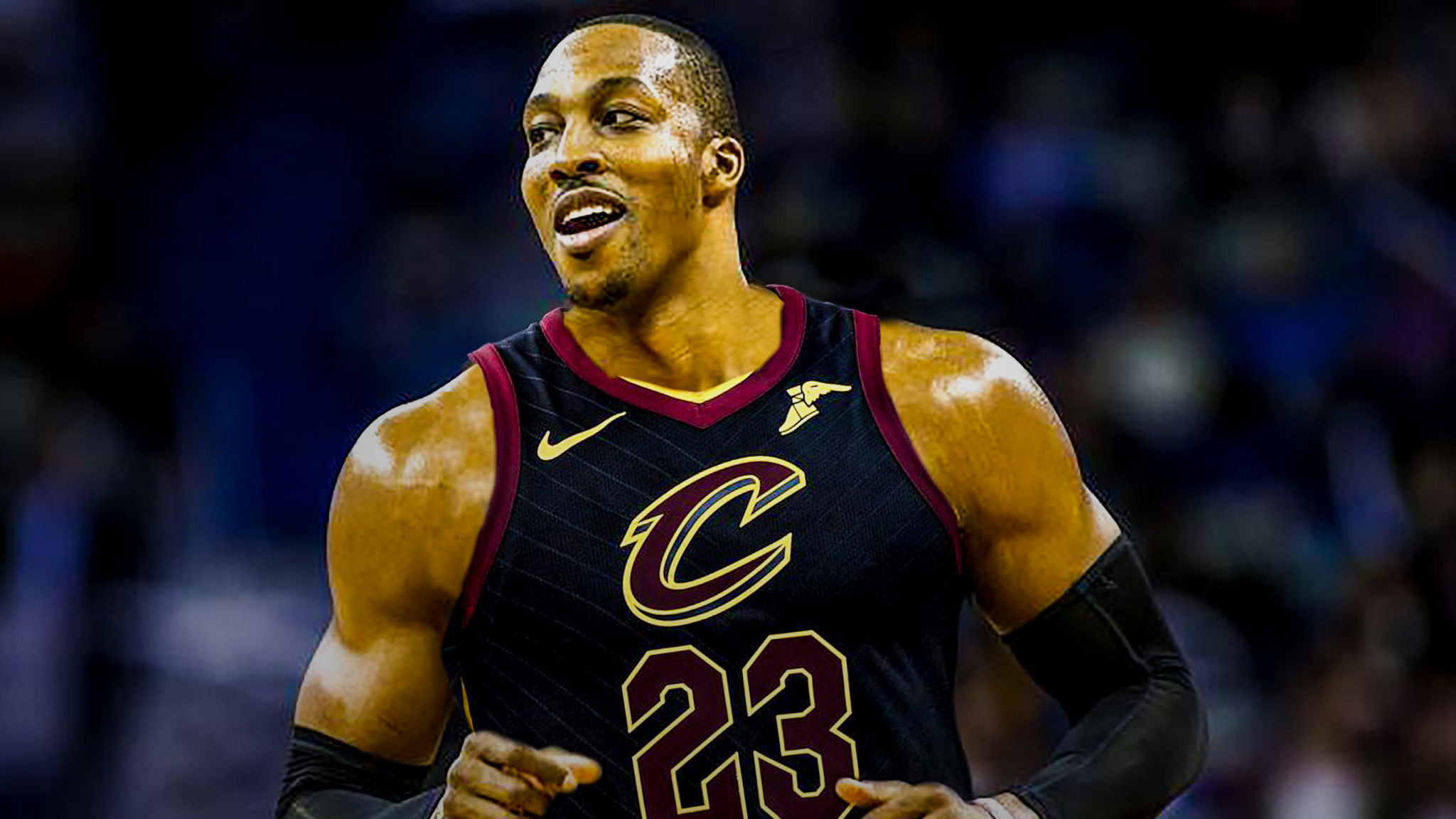 The Cavs should consider trading for Dwight Howard, if only to make sure Golden State doesn’t

The Cavs should consider trading for Dwight Howard, if only to make sure Golden State doesn’t

On Wednesday, news broke that the Charlotte Hornets had traded center Dwight Howard to the Brooklyn Nets. After a very impressive season in buzz city, one would think that Charlotte would have received a decent return for Howard. Instead, the opposite was true.

Howard was dealt to Brooklyn in exchange for center Timofey Mozgov, two second-round picks, and some cash. This trade may seem bad for the Hornets at first glance, but it gets even worse.

Charlotte’s reasoning for the deal was that they did not want to pay the luxury tax this season, and Howard was owed just under $24 million this year. Mozgov will make $16 million this season, so Charlotte will save around $8 million this year as a result of this trade. However, Howard is a free agent after this season. Mozgov is under contract for the 2019-2020 season at $16.8 million.

The Hornets effectively still have to pay that $8 million anyway. Now, getting under the luxury tax threshold this year will save Charlotte even more than that, but they have other contracts that they could have attempted to move instead, including Nicolas Batum ($22 million), Marvin Williams ($13 million), and Kemba Walker ($12 million). Walker could very well be traded soon, and coincidentally Cleveland is one of his likely landing spots.

Would Brooklyn consider trading Howard? They should, as he doesn’t fit their future plans, even if he wasn’t a free agent after the season. At 32 (turning 33 during the season), he won’t be a part of their future. The Nets finally own their draft pick this coming season, so they should prefer a high draft selection to winning, at least for this year. And, perhaps most importantly, they already have an up-and-coming center prospect in Jarrett Allen. Howard would just take minutes away from him.

Because Howard was traded to Brooklyn for peanuts, it shouldn’t cost very much for the Cavs to get him. The problem is his $24 million contract.

The only way Cleveland could realistically match salary is by trading Tristan Thompson, their starting center. Thompson had an up-and-down season, but his play improved during the playoffs. However, he still is not a very good matchup against Golden State, and was out-rebounded by Stephen Curry in these past Finals. Losing Thompson would hurt, but the Cavaliers have a better, younger, and cheaper replacement in Larry Nance Jr.

Howard would give the Cavs the rim protection they have lacked for years. Last season, he averaged 16.6 points, 12.5 rebounds, and 1.6 blocks per game. Ironically, in a win against the Nets, Howard dominated, scoring 32 points and pulling down a ridiculous 30 boards.

Howard may no longer be the unstoppable force he was in his prime, but as that performance showed, he can still be a very effective player. In the post, he would be a massive upgrade over Thompson, although teams could expose him by screens to switch him onto smaller, quicker guards.

The biggest argument against Cleveland acquiring Howard is his locker room prescence. Throughout his career, Howard has been characterized as a “malcontent”, a “coach killer”, and  a “locker room cancer.” He is known to not give 100 percent effort all the time, and to blow off serious issues.

There were even rumors that he would refuse to run plays at the end of games with the Hornets. If these allegations are true, the Cavaliers may not be able to afford ruining their culture for the sake of Howard’s on-court assistance.

With that said, playing with LeBron James is something that Howard has never done, and that could be what finally whips him into shape. J.R. Smith was said to have many of the same issues before being traded to the Cavs, but ever since becoming James’ teammate, has been pretty much perfect in that regard with the exception of throwing soup on a coach last season. Perhaps James could have a similar effect on Dwight Howard.

So what does Golden State have to do with Cleveland getting Howard? According to ESPN’s Kevin Arnovitz, the Nets could very well reach a buyout agreement with Howard. For all the reasons previously listed, this makes perfect sense. Now, if Howard does reach the free agent market, the Cavs could sign him. But that also leaves the door open for the Warriors to sign him as well, and that would be an absolute disaster for not only the Cavaliers, but also the entire NBA.

If the Warriors have a weakness, it’s their interior scoring and defense. Zaza Pachulia and JaVale McGee don’t exactly strike fear into the hearts of opponents (although McGee had quite a bit of success against Tristan Thompson in the Finals), but the Warriors system has made them solid players. If Golden State is able to add Howard and improve him like they did Pachulia and McGee, it would be a game over for the NBA.

All of the reasons why the Cavs should obtain Howard also apply for the Warriors. But Golden State has the far superior team, which would make the addition of Howard all the more deadly. 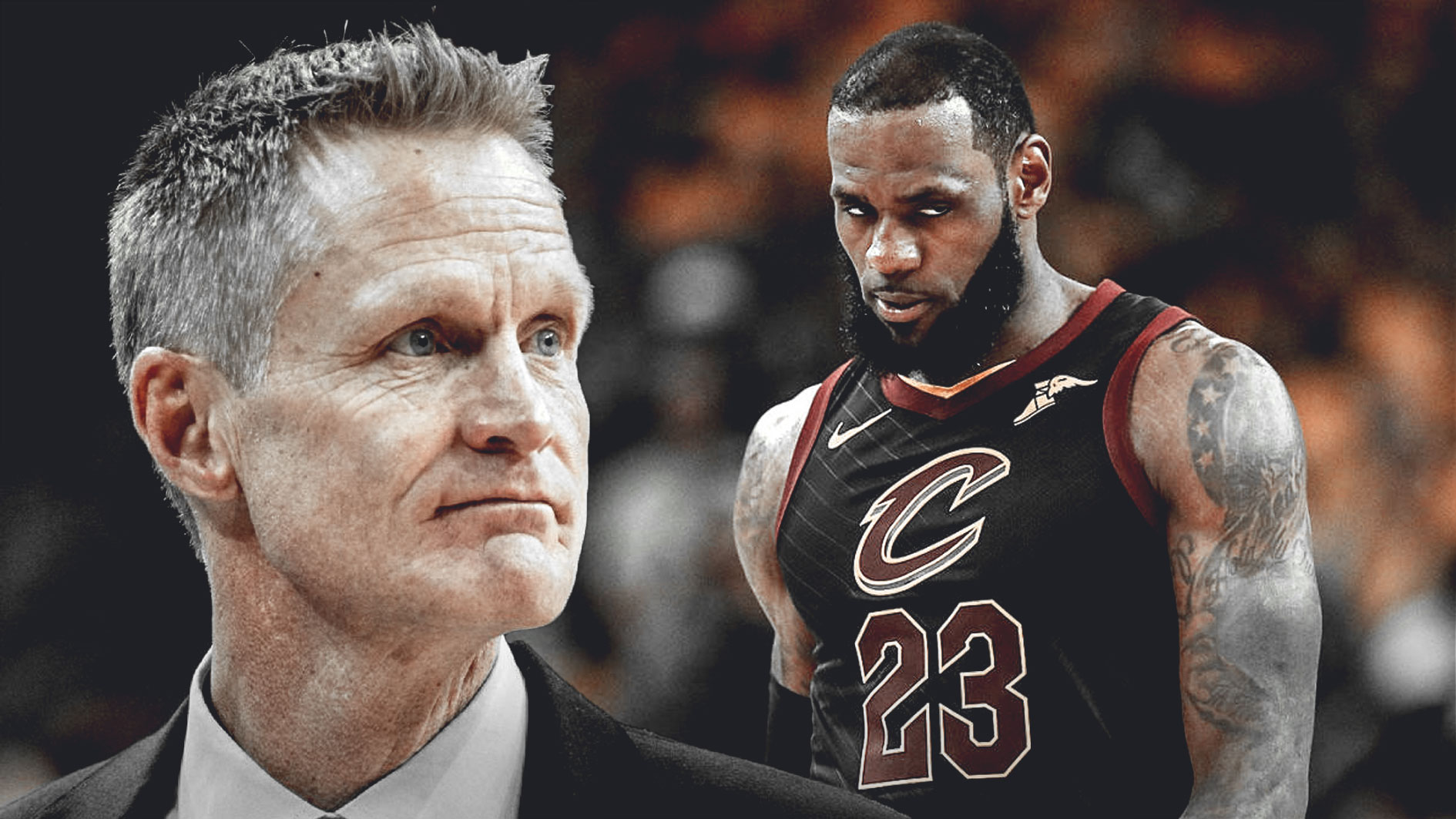 There is really no answer to a lineup of Stephen Curry, Klay Thompson, Kevin Durant, Draymond Green, and Dwight Howard. You can’t beat them on the perimeter, because their defense is so good. And you can’t beat them inside, because Howard is there protecting the rim. Your best bet is to try to switch Howard onto a smaller guard who can score in isolation, but the Cavs don’t have a player like that.

On defense, there’s really nothing the Cavaliers could do. They had enough trouble trying to slow down the Warriors’ Big 4 as it were, but the addition of Howard would make things even worse. Thompson and Nance would be helpless against him simply because of the size and strength disparity. Ante Zizic is the most similar player the Cavs have in terms of stature, but he is young and raw. If Lue didn’t trust him to defend McGee last year, would he be able to provide any resistance to Howard?

There is a very real threat that Dwight Howard ends up on Golden State, and that would be disastrous for Cleveland. Perhaps it’s time for the Cavs to make a preemptive strike and make sure the talent disparity between the two teams doesn’t increase. 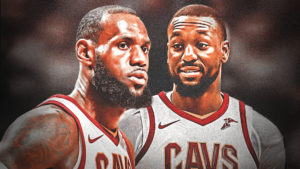