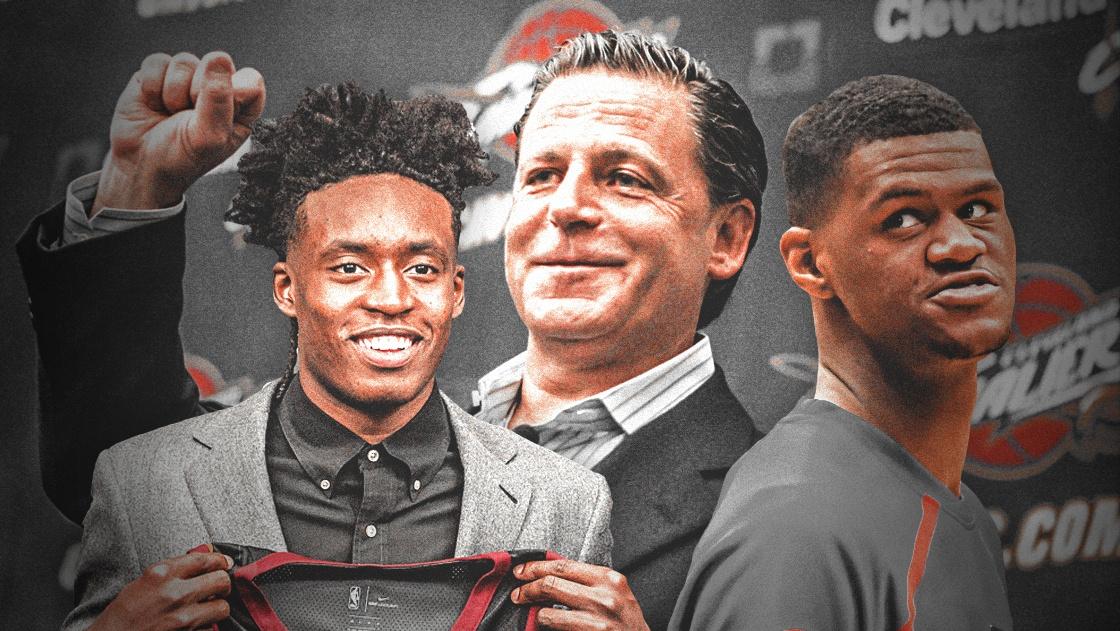 As the Cleveland Cavaliers begin to rebuild their team in the wake of LeBron James’ departure, eighth overall pick Collin Sexton will be at the center of the coming youth movement. Sexton is the most important piece of Cleveland’s future, and for good reason, but undrafted free agent Billy Preston has the potential to be just as good.

Sexton was one of the top high school basketball players in 2017, and had a brilliant freshman season at Alabama, averaging 19.2 points, 3.8 rebounds, and 3.6 assists, while shooting 50 percent from the field and 34 percent from beyond the arc.

The talented guard was by far the Crimson Tide’s best player, and was constantly double and even triple-teamed. That didn’t stop him from putting up great numbers, and in his best performance of the season, he scored 40 points against Minnesota, while playing much of the second half with only two teammates. He is also a terrific defender, something the Cavs haven’t seen very often over the last few years.

One of the most competitive and dedicated players to enter the league in the past few years, Collin Sexton is the perfect person to lead this new Cavalier team. His incredible work ethic will be a fantastic example for other young players, and he will always be working to better himself.

Sexton was the best slasher in the 2018 draft class. He has a fantastic ability to get to the rim and finish, even through contact. His play style is reminiscent of Russell Westbrook or pre-injury Derrick Rose. He has also shown great passing skills, something necessary to a great all-around point guard.

Where Sexton needs the most work is his shooting. His shot selection is puzzling at times, as he will force low-percentage shots. His shooting form likely needs some mechanical editing (something Kyle Korver could help with), and he will need to become a better three-point shooter at the next level. But, if Collin Sexton can become even a 37 percent or 38 percent shooter from deep, he should be a perennial All-Star.

Preston’s story has a few more twists to it. A McDonald’s All-American at Oak Hill Academyl in 2017, Preston was a highly touted power forward prospect. A five-star recruit out of high school, he committed to Kansas, and was set to lead the Jayhawks in 2018, on his way to being a lottery pick. After all, at 6-foot-10, 222-lbs, Preston already had an NBA-ready body, and his athleticism and outside shooting stroke made him a fascinating pro prospect.

However, things didn’t go nearly that smoothly for Preston. In November 2017, he was involved in a single-car accident on campus, which resulted in no injuries. Still, an investigation was launched into the situation in order to discover more about the “financial picture” of the vehicle. What this meant was never clarified, and Billy Preston was never able to suit up for a regular season game.

In January, Preston entered the Bosnian professional basketball league. He played in only three games in Europe, and because NBA teams didn’t quite know what to make of him, he went undrafted. Preston’s high school tape and stats is really all talent evaluators had to go off of, and that apparently wasn’t enough. At Oak Hill in 2017, Preston averaged 15.4 points and 10.4 rebounds per game while shooting 57 percent from the field and 38 percent from deep.

Billy Preston was a flat-out dominant player in high school, but no one will ever know how he would have fared in college. The Summer League will be incredibly important for Preston, as he will have a chance to show how much he has developed in a year, and how far behind his peers he is in that regard.

It will take time for him to adjust to the pro game, but he has the talent to become a very good player. The Cavs have the time to wait on him, and that’s why the two parties are a perfect match for each other.

Larry Nance Jr. will be the starting power forward, but Preston should get quite a bit of playing time for Cleveland this season. The possible reward far outweighs the minimal risk, as the Cavaliers aren’t going to be competing for a playoff spot this year and actually have incentive to finish with a high draft pick, as they will only have one if they are a bottom 10 team, due to Atlanta owing their selection otherwise.

Why not move toward a top draft pick and a chance at an elite prospect, while developing one the Cavs already have? Preston could be one of the brightest diamonds in the rough found in years, and Cleveland should consider themselves fortunate that he fell into their laps.

More talent needs to be added, but the Cavs have two very nice building blocks in Collin Sexton and Billy Preston. Perhaps the future without James won’t be so bleak after all.