The Cavs built the wrong team, and they’re paying the price

The Cavs built the wrong team, and they’re paying the price

After an embarrassing 120-88 drubbing at the hands of the Houston Rockets, it’s officially time for the Cleveland Cavaliers to panic. Shots aren’t falling, defense is a complete afterthought, and Tyronn Lue is trotting out lineups like Isaiah Thomas – Derrick Rose – Dwyane Wade – Kyle Korver – Jeff Green.

The dysfunction surrounding the team has reached toxic levels, with the focus now on what will happen during the offseason, as opposed to contending for a championship. The January tailspin has extended into February and doesn’t appear to be ending soon unless major changes are made at the trade deadline, which is unlikely. It’s time to face the facts; this Cavs team isn’t constructed correctly.

The Golden State Warriors are far and away the best team in the NBA. There are only a few teams who have a realistic chance at beating them in the postseason; the San Antonio Spurs, the Houston Rockets, the Oklahoma City Thunder, the Boston Celtics, and the Cleveland Cavaliers. The Rockets are the best example of building a team to beat the Warriors, but even they aren’t perfect.

There is no one way to counter Golden State. It’s a combination of exploiting the few weaknesses they have and attempting to weaken their strengths. The Cavs are not in a position to do any of that; in fact, they’ve set themselves up to be swept by the Warriors because of how the team is constructed. 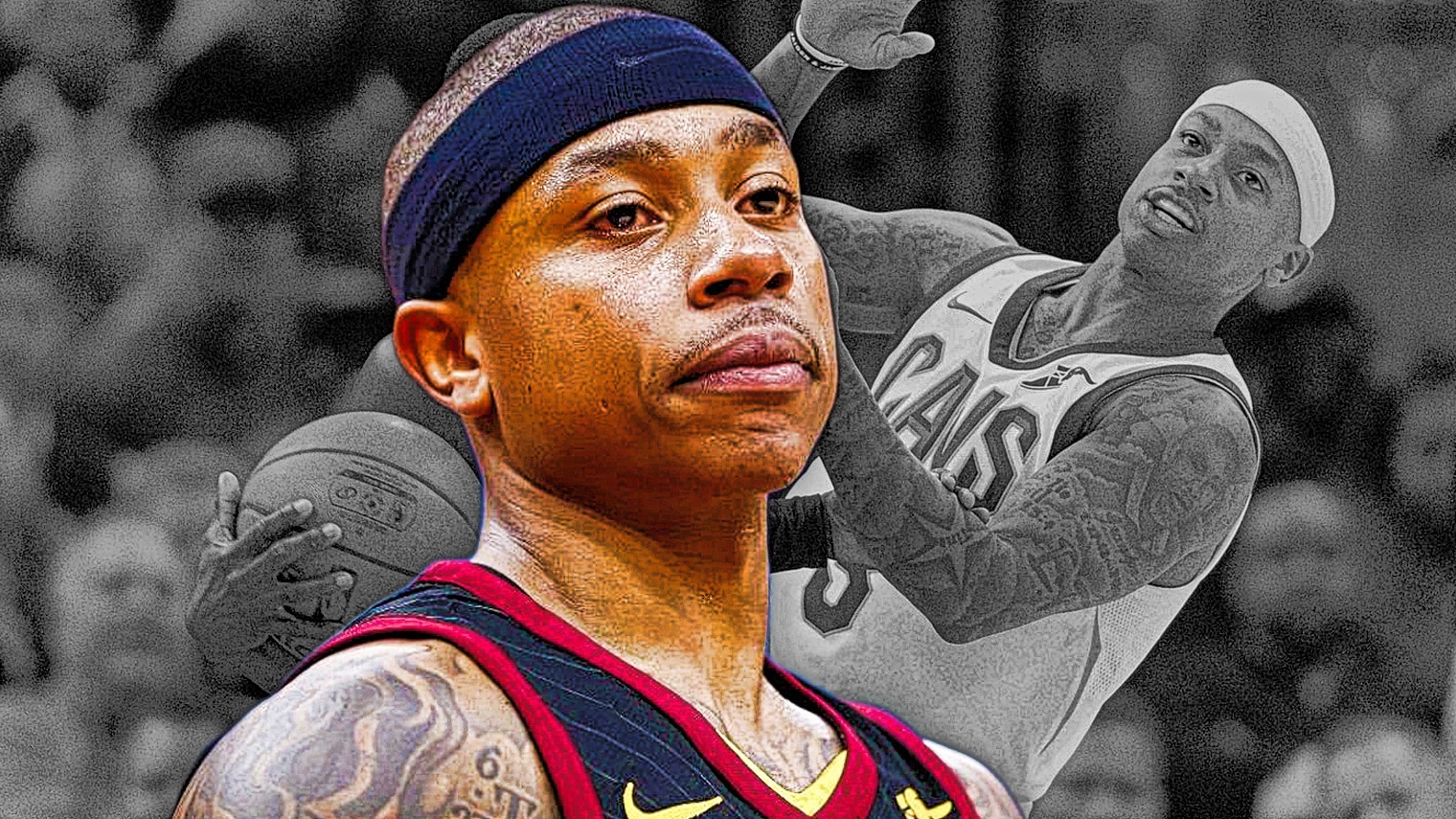 While Kyrie Irving isn’t known for his defense, he always became a passable defender through pure effort in the playoffs. Even at full strength, that’s not something any of the Cavs’ current point guards are capable of. Isaiah Thomas has been sapped of his lateral quickness, but aside from that, he stands just 5’9″. He just doesn’t have the physical ability to be a good defender, and in his few games with Cleveland this season, he has been one of the worst defenders in league history.

Derrick Rose and Jose Calderon have never been good defenders, and are no longer physically able to be, even if they wanted to, due to age and injury. While Thomas’ defense has been horrifying, his offense hasn’t been any better. He is currently shooting 36% from the field and 24% from three-point range. It’s amazing that the Cavaliers haven’t’ been blown out in all of the games Thomas has played in. If there is a biggest problem with the Cavs, it has been Thomas’ play. Thomas was looking for a max contract this offseason, but if he doesn’t return to his 2016-2017 form, he won’t eve be re-signed by the Cavs.

J.R. Smith has fallen off a cliff this season. If his effort wasn’t so atrocious, maybe he would deserve the benefit of the doubt. But Smith looks like he’s checked out and disinterested. His defense is essentially nonexistent, and when he’s not bricking open threes, he’s missing layups. Before suffering an injury, Iman Shumpert wasn’t performing any better than Smith. His defense remained wildly inconsistent, and his offensive game consisted of unnecessary mid-range jumpers and blown layups.

Dwyane Wade has been one of the few bright spots for Cleveland this season. His offensive game has been a steadying presence, and his defense is much improved from last season. Unfortunately, at his age, he is unable to play extended minutes, and is relegated to coming off the bench, averaging 23 minutes per game.

Widely regarded as possibly the NBA’s worst defender, Kyle Korver has been one of the Cavs’ best players in that aspect. He remains a deadly three-point shooter, with his 43% clip thus far. The Cavaliers’ best lineups typically feature Kyle Korver, their constant, looming threat; however with four shooting guards it’s a tough position to budget. 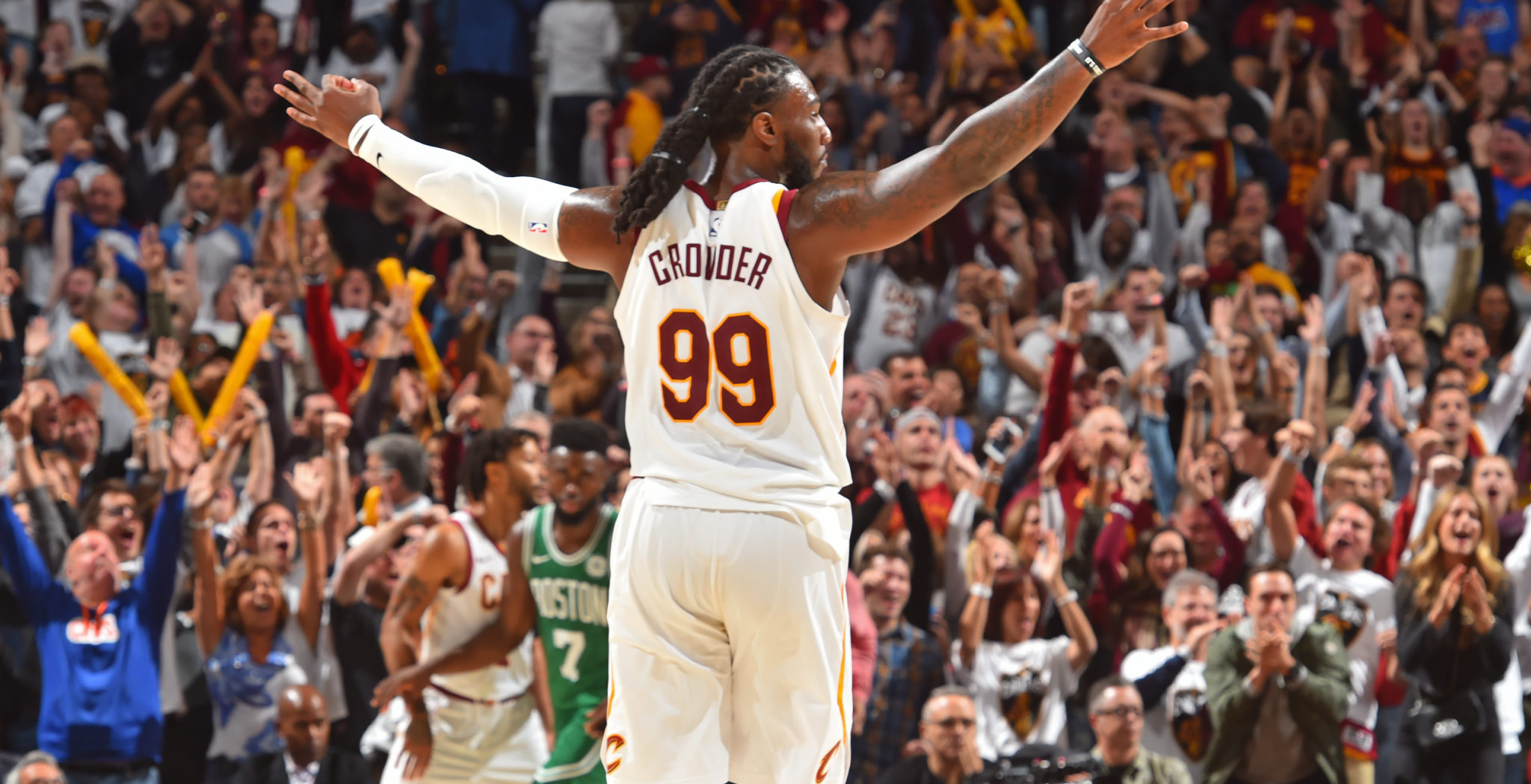 LeBron James remains an MVP candidate even at the age of 33. Until around Christmas, James was having one of his finest seasons. He’s fallen off a bit recently, with his stats around his averages from last season, which are still better than 99% of the NBA. His effort and body language are concerning, as he seems to not enjoy playing with Isaiah Thomas. Once the playoffs come around, James will be back to playing like the league’s best player.

Jeff Green was supposed to be an end-of-the-bench player who would play during garbage time. Instead, he’s become one of the Cavs’ most important role players, averaging 10 points in 22 minutes per game. Green’s size and athletic ability allows him to match up with and defend all guards and forwards. Jae Crowder has been a disappointment thus far for Cleveland. After shooting 40% from three-point range last season for Boston, his average has dropped to 33%. He hasn’t been terrible, but he hasn’t been the player the Cavs thought they were getting. He has played better as of late, and his contract is extremely team-friendly, so he remains a valuable asset for Cleveland. After being the hero of the 2016 NBA Finals, Tristan Thompson has been abysmal since then. His offensive game has remained putrid, he can’t consistently catch the ball in the post, he gets out rebounded by point guards, and is unable to protect the rim. His albatross of a contract only adds to his under performance.

Channing Frye has impressed since taking over for Kevin Love. He remains a defensive liability, but his shooting is a valuable tool that can be very effective if used correctly.

Before fracturing his hand Kevin Love was having another all-star season. Love is always blamed for the Cavs’ struggles, but this implosion was not his fault by any stretch. He remains an offensive force that 28 NBA teams cannot stop.

The Warriors’ weakness is their bench and their lack of post offense and defense. The problem is, this Cavs team don’t consistently shoot the three-pointer, play defense, give effort, or stop opponents from scoring in the paint nor score in the paint themselves. If nothing happens at the trade deadline, Cleveland may not even make their fourth straight Finals appearance.