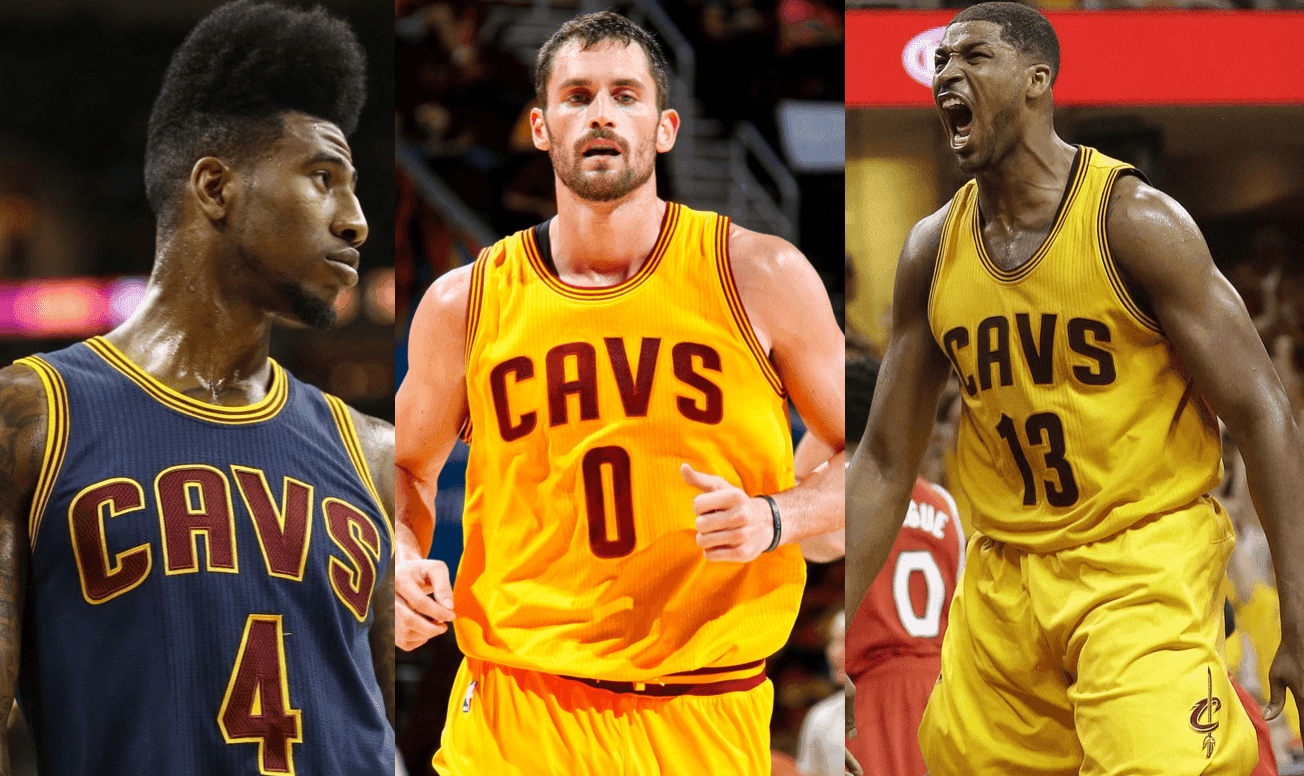 The Cleveland Cavaliers came into July 1 with one of the biggest free agency periods in their history. Other than the acquisition of LeBron James last year, this offseason had seven key free agents for the Cavs. LeBron James, Kevin Love, J.R. Smith, and James Jones were unrestricted free agents and Tristan Thompson, Iman Shumpert, and Matthew Dellavedova were restricted free agents. The Cavs, as we’ve all heard by now, were able to come to terms with three of the biggest names in Love, Thompson, and Shumpert. Here’s how it all went down:

Kevin Love was the second most coveted free agent this offseason, with many teams around the league thinking they could lure him away from the Cleveland Cavaliers.

Throughout the season, however, Love repeatedly said that he will be returning to the Cavs and wants to play for a winner after six disgruntled seasons with the Timberwolves.

On Tuesday afternoon, the Cavaliers and Love finished talks as Love agreed to a 5-year, $110 million deal with the Cavs. The move secures the Cavs biggest free agent question mark behind LeBron James.

Love announced his decision in a similar way that LeBron announced his return to Cleveland, via an online letter to the fans. It wasn’t as long as James’ letter, but was just as meaningful to see that Love would keep his word to the fans. Here’s what the letter said:

Kevin Love will accept a five-year, $110 million contract extension with the Cavs according to sources

After securing the services of Kevin Love for the long term, the Cleveland Cavaliers now turn their attention towards their other power forward. ESPN’s Marc Stein first broke the news of the Cavaliers’ five year $80 million deal for Tristan Thompson.

The 6’9” Canadian, who also shares the same agent as LeBron James, reportedly turned down a four year deal worth $52 million early last season to take his chance in restricted free agency. It turned out that him and Rich Paul were either geniuses or just tremendously lucky as Thompson made the most of the unexpected opportunity presented to him in the recently concluded postseason which helped elevate his value in the market.

Both camps are expected to finalize the deal very soon and the move would set the Cavaliers’ frontcourt for next season. The Wine and Gold’s big man rotation involving Thompson, Kevin Love, and Timofey Mozgov are already a handful while the return of Anderson Varejao will make them perhaps the greediest group in the NBA when it comes to rebounds.

The Cleveland Cavaliers moved closer to stabilizing their backcourt with the return of Iman Shumpert. Multiple sources confirm that the 6’5” shooting guard inked a four-year, $40 million contract with the Cavaliers. Shumpert has a player option on the fourth year.

Source: Iman Shumpert has agreed to a four-year, $40 million deal with the Cavs. Last year is a player option.

Iman Shumpert has agreed to a four-year, $40M contract to remain with the Cavaliers, league source tells Yahoo.

Prior to re-signing, it was recently reported that the Cavs and Shumpert’s camp weren’t close to an agreement and with interests from the Los Angeles Lakers, Milwaukee Bucks, Dallas Mavericks, and Toronto Raptors, Shumpert had his schedule packed with meetings.

You don't buy jewelry in this league, you earn it. Be back soon Cleveland #relativitysports

Shumpert was an integral part of Cleveland’s valiant postseason run and locking him for the long term is another check mark on David Griffin’s to-do-list this summer.