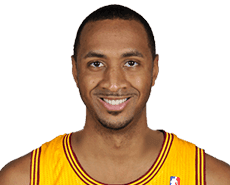 On Halloween night the new-look Cleveland Cavaliers (1-1) made the short trip west to take on the re-designed Chicago Bulls (1-1) in what many believe to be a matchup of the two most likely franchises to represent the Eastern Conference in the 2015 NBA Finals. After Cleveland took a 107-98 contest between the two Eastern Conference superpowers during the recent NBA preseason both teams undoubtedly began to size up each other and prepare for this October 31st rematch. The result Friday night was an extremely tight contest which more than lived up to the hype and even went into overtime. In the end the Wine and Gold came out victorious 114-108 and in the process handed the Bulls their first homeopener loss since 2007.

The Cavaliers won a tough game Friday against an unrelenting Chicago Bulls squad. One night after the Cavaliers lost in their season opener at home against the New York Knicks 95-90 they corrected many of the issues that plagued them in the loss. Against the Knicks the Cavs weren’t able to get many defensive stops and gave up too many points in the paint. Also noteworthy were the struggles of Lebron who had one of his worst performances against New York. The Knicks had a balanced performance led by Carmelo Anthony and the new-utilization of the triangle offense. The Bulls on the other hand came into the game Friday against the Cavs riding high off their first win in their season opener against the very same Knicks Wednesday night. In their season opener at Madison Square Garden game the Bulls used great rebounding and balanced scoring (especially in the paint) to down the Knicks 104-80.

The Cavs held the lead Friday night against the Bulls for most of the game, yet were never up more than a few points. A key play by the Cavaliers in the first quarter was when Tristan Thompson scored on a key put-back layup over Taj Gibson after not giving up on the play after Lebron missed a contested layup. The tough bucket served to invigorate Thompson and the rest of the Cavaliers into playing tough on the offensive boards. At the end of the first quarter the Cavs led 28-27, largely to the scoring and rebounding of first-year Cavalier Kevin Love. A key play in the second quarter occurred when the Cavaliers on the court exhibited true team defense and toughness by blocking point-blank shot attempts by Pau Gasol and Joakim Noah and swarming the rim for the rebound. The play ended in a fastbreak for LeBron James who was able to convert for a layup on the other end thanks to his teammates’ defensive hustle.

By halftime the Cavss lead had widened to six points (58-52). The Cavaliers used great rebounding and a commitment to working at the offensive boards during the third quarter, these led to back-to-back fastbreak buckets for them during the quarter. By the start of the fourth the Cavs were up 78-69 and seemed poised to run away with the game. The Bulls had other ideas as they began to turn up their defensive intensity and get big offensive contributions from their bench. With a little over four minutes left in the game the Bulls held a 90-89 lead and were determined to regain the advantage, but the Cavs dug deep and it led to a series of lead changes throughout the remainder of the quarter. In the final minutes of regulation the Bulls were able to build up a five point lead with less than a minute left. After a few timely buckets by various Cavaliers it was Kyrie Irving who played hero in scoring on a layup after being fouled by Bulls forward Taj Gibson to make the game tied at 98 with 27 seconds left in regulation. In the end Kevin Love had a contested three-pointer to win the game in the last second but the shot was too long.

In overtime the Cavaliers played with new vigor and confidence led by LeBron James (scored the first eight point of OT for Cleveland) and Tristan Thompson (4 offensive reb and 4 points in OT). After being fouled with ninety seconds left in overtime James calmly knocked down two clutch free throws to put his team up 106-102. Later, with 24 seconds left in OT, it was Tristan Thompson who put the finally nail in the coffin for the Bulls when he had his twelfth offensive board and put back dunk after a LeBron James miss.

{adinserter 2} The Cavs were led by the performances of LeBron James (game high 36 pts, 8 reb, 4ast & 4stl), Kevin Love (16 pts, 16 reb & 4 stl), Kyrie Irving (23 pts, including 10-10 from the FT line & 3ast) and Tristan Thompson (16 pts, 13 reb including 12 offensive reb, 2blk & 2stl). They Cavaliers were better than the Bulls in several key categories including: outrebounding them 52-42, outrebounding on the offensive boards 20-11, outscoring them in the paint 58-44, committing less turnovers 9-19, outscoring them off turnovers 25-12, shooting twice as many free-throws and making a higher percentage of them.

The Bulls on the other hand were led by the efforts of Derrick Rose (20 pts, 4 reb & 4 ast), Kirk Hinrich (20 pts, 2 reb & 2 stl), Pau Gasol (15 pts, 9 reb, 3ast, 6 blks) and Mike Dunleavy (14 pts, 9 reb, 8 ast & 2 blks). Many of the Bulls stuffed the stats sheet as they exhibited true teamwork in having seven players score in double figures and six different players register at least one block. Kirk Hinrich in particular scored eight straight points in the final minutes of regulation to give the Bulls their largest lead of the game and Mike Dunleavy scored back-breaking three pointers throughout the game. Collectively as a team the Bulls exhibited excellent ball movement and exceptional defense as exhibited by their 25-18 advantage in assists and 14-4 advantage in blocks.

With regards to injures forward Jimmy Butler sat out the game due to injury and Derrick Rose sprained his ankle during the contest after landing on the foot of a Cavs player.

The Cavaliers will have the weekend off after back to back contests to open up the regular season. The Bulls on the other hand will go on the road to play the second game of their first back-to-back Saturday night against the Minnesota Timberwolves. The Cavaliers will head west on the road for their next three contests starting with a Tuesday November 4th matchup against the Portland Trailblazers at the Moda Center. The Cavs-Trailblazers 7pm Pacific/10pm Eastern tipoff will be televised locally on FoxSports Ohio and nationally on NBATV.