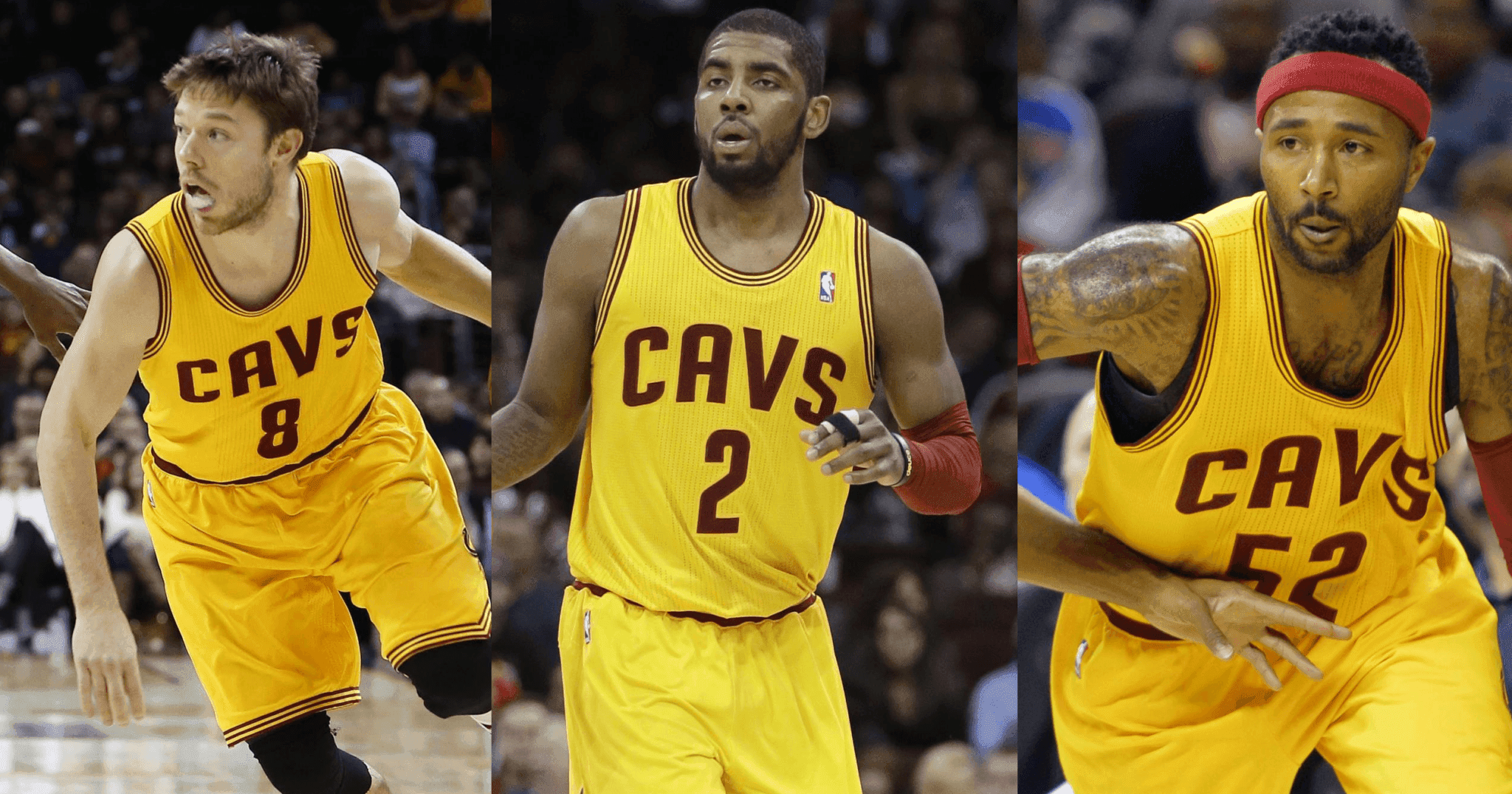 The Cleveland Cavaliers find themselves in a great position right now as the team is stacked from top to bottom for the upcoming 2015-2016 season.

The position of focus right now is the point guard position. Kyrie Irving, Mo Williams, and Matthew Dellavedova compose the formidable point guard trio of the Cavaliers. Irving is a 23-year old bona fide All-Star, Mo Williams is a former All-Star and a former Cavalier who has been through the fire of pressure playoff situations, while Matthew Dellavedova is already one of league’s top defenders at his position and he’s only getting better.

If you’re Coach David Blatt, you have to be happy about having the luxury of three solid point guards at your command. Let’s take a look at the three point guards and what they bring to the table for the Cavaliers.

Kyrie Irving, at a young age, is already one of the best point guards in the league. A former top overall pick, Irving has lived up, and even exceeded, the expectations set forth for him when he came into the NBA out of Duke University. The only knock on him is his injury history. However, when Irving is healthy and in action, there is only a select few who can match up with the Cavalier point guard.

Last season, the man they call “Uncle Drew” averaged 21.7 points for the Cavaliers along with 5.2 assists per game. His year was highlighted by two scoring outbursts against Western Conference powerhouses. He scored 57 points in a victory against the San Antonio Spurs last season, which topped the Cleveland Cavaliers’ all-time single game scoring chart. He also scored 55 points, capped by a game-winner, in a match against the Portland Trailblazers without LeBron James in the line-up.

It’s safe to say that when healthy, Kyrie Irving gives the Cavaliers a great advantage over most teams at the point guard position.

Next up is Mo Williams, the 32-year old veteran who’s making a return to the Cleveland Cavaliers on a two-year contract. The story goes that Williams had to call LeBron James for his blessing to return to the organization. Everyone knows what Williams brings to the table. However, because of what happened with “The Decision” and the way he reacted to it, the call had to be made.

LeBron James recently shared his approval of Mo Williams returning to the team.

“With Mo, it’s all about progress over pride. It’s something that I learned over the years. But still, I’ll hold grudges for a long time. But if it’s something that can be a betterment not only for myself but for a group that’s trying to do something special, as in this case study with myself and Dan and myself with Mo, I’m for it.”

With James and the whole organization behind Mo Williams, he should flourish this year whether it is as a starter to begin the season or as a backup once Kyrie Irving returns.

The last of the formidable Cavalier backcourt trio is Matthew Dellavedova, the Australian point guard who made a name for himself in the 2015 NBA Playoffs. His overall play, characterized by hustle, grit, and timely buckets, was a huge reason why the Cleveland Cavaliers made the NBA Finals.

Dellavedova should do better this year in a role that perfectly suits him as the Cavs’ lockdown defender at the point guard spot. He was exposed in the finals when the team, out of necessity, asked for more than he was capable of giving. But a return to his role as a defensive specialist should be good for both Dellavedova and the Cavs because all his energy will now be focused on shutting down opposing guards.

The point guard position is probably the Cleveland Cavaliers’ deepest with three extremely capable players manning the spot. This is a good problem for Coach David Blatt and it’s only a matter of time before we finally see this trio become complete.