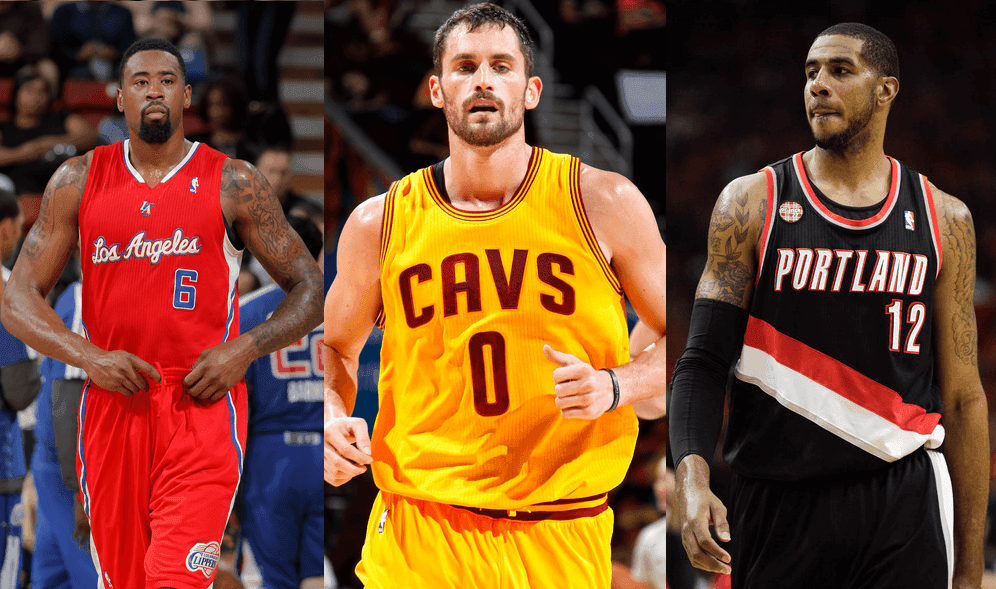 This season’s free agent class was of elite proportions. All-Star talent was all over the board, some of them even unrestricted free agents. With so many teams working with a lot of cap space, it was bound to be a fun time to be a basketball fan. (Unless you’re a Knicks or Lakers fan, that is.)

With big name players ready to test the market, there were bound to be some changes. Let’s take a look at those free agent signings and see how they could shape the upcoming NBA season.

The Raptors have been in need for a true starting small forward since Mo Peterson left the team in 2007. DeMarre Carroll fits that need instantly.

Carroll has been a fixture in the Hawks starting lineup for the past two seasons, averaging 11.5 points and 5.4 boards a night. Carroll is another guy that prides himself on defense, and is one of the top wing defenders in the NBA.

The Raptors will now start a front three of Kyle Lowry, DeMar Derozan and DeMarre Carroll. If Toronto can find some front court help for Jonas Valanciunas and Patrick Patterson, the Raptors could be fighting for a home court playoff spot in the East yet again.

Click ‘Next’ to see the grade for the 10th free agent signing this offseason! 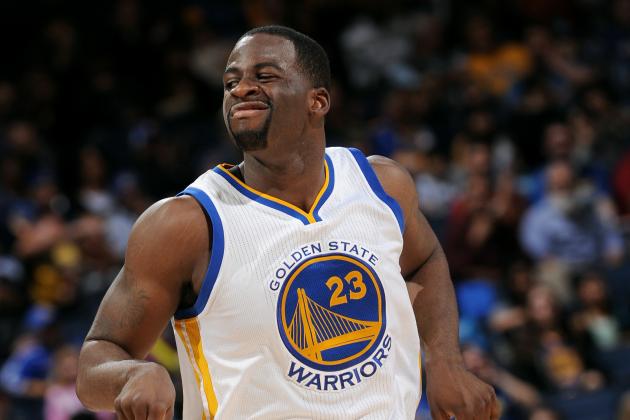 It seems the Warriors are bringing the band back together next season to defend their throne.
Bringing Draymond Green back for 5 years, $85M is a great deal for this team, especially when you look at the other deals big men have signed this offseason. Green averages close to a double-double, but the numbers aren’t how to judge this guy.

He’s a hustle player, he fights for loose balls, gets his team amped up and gets the crowd involved, he’s the ‘glue guy’. He doesn’t do one thing at an excellent level, he just does everything well. He’s an animal on the glass, helps stretch the floor, and runs the floor well in transition.

To bring him back in for $17M a season is a fantastic deal for this team.

Click ‘Next’ to see the grade for the ninth free agent signing this offseason! 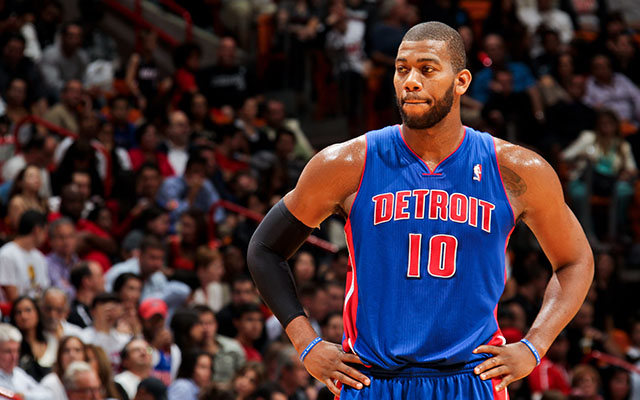 This addition was yet another reason for basketball fans to laugh at the New York Knicks. For the past two months, all reports were that a Monroe and New York deal was imminent, then the Milwaukee Bucks entered the scene.

The Bucks only added to their talented and young group of basketball players with Monroe now in the fold. The Bucks starting five next season will have an average age of 22.4 years old, and a ridiculous average height of 6’8 1/2

The downside here for us as Cavs fans is this is all happening in the Central Division. We’ll get to see this young, long team for at least four games next season.

Click ‘Next’ to see the grade for the eighth free agent signing this offseason! 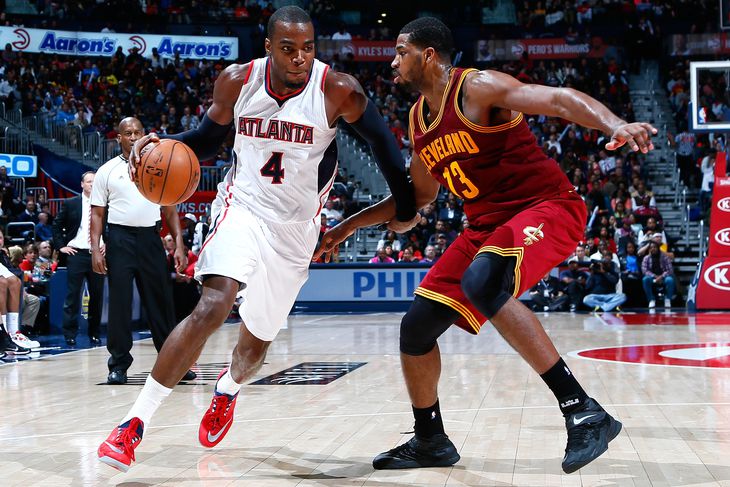 According to sources, the Atlanta Hawks had to make a pivotal decision. To re-sign Paul Millsap or DeMarre Carroll? The Hawks made the wrong call on this one. There were plenty of talented big men to go out and sign this summer, with limited talent on the market for wing players.

The Hawks cruised to the #1 seed in the East last season, only to be derailed by the Cavs in the Conference Finals in a series sweep. The Hawks didn’t stand a chance, and never even looked like they could compete with Cleveland.
Without Carroll picking up slack defensively, the entire Hawks team will have to up their game on the defensive end. Millsap is a good defender, but doesn’t quite amount to that of Carroll.

The grade here is so low because the Hawks proved they can’t win with the team they had last season. They’ve only lost key players, and will go into battle against a strengthened eastern Conference for the upcoming campaign.

The Hawks should still compete for a home court playoff spot, but simply won’t go the distance with Millsap and the rest of this Hawks squad.

Click ‘Next’ to see the grade for the seventh free agent signing this offseason! The Miami Heat faced a tough offseason of unrestricted free agents. After giving up so much to land Goran Dragic last season, would he skip town and leave Miami bare? Luckily for Heat fans, Dragic stuck around and will lead his team now with a max contract.

Dragic is a highly skilled player, who likes to score and distribute the ball. With offensive weapons all around this Miami roster, Dragic seems to have made the right decision in sticking around South Beach.
When the extra TV money kicks in next offseason, paying $18M a season is going to seem like a steal for such a highly skilled and talented player.

This Heat team has the right amount of talent to make some noise in the East next season with Dragic leading the charge.

Click ‘Next’ to see the grade for the sixth free agent signing this offseason! 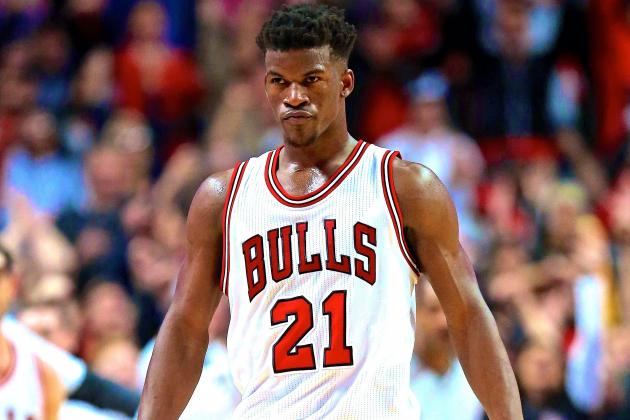 Let’s face it, it’s inevitable that Derrick Rose goes down with some kind of season ending injury again this season. Re-signing Jimmy Butler to lead the newly formed Fred Hoiberg offense was a must for this team.

Jimmy Butler very much deserved his title as Most Improved Player, and also earned himself a nice pay-day on the way. Butler averaged 20 points a night last season, which is pretty incredible for a defensive specialist to do so.

The only question here is, is there any more room for Butler to improve? He’s made considerable jumps in his offensive numbers over the years, but is he capable of scoring any more than 20 points a game?
Regardless, it was worth the gamble.

Click ‘Next’ to see the grade for the fifth free agent signing this offseason! Tobias Harris is 22 years of age, and averages 17 & 6 a night. This re-signing was a no-brainer for the Magic.

The Magic have more money in their cap than they know what to do with, so signing Harris to $16M a season before anybody could bid on him and increase the price was a smart move.

Harris has already played for Scott Skiles in Milwaukee, and was less than an average player. At the time, Harris was only a teenager, so not too much can be taken away from that.
Regardless, this is a good signing for all parties concerned.

Click ‘Next’ to see the grade for the fourth free agent signing this offseason! 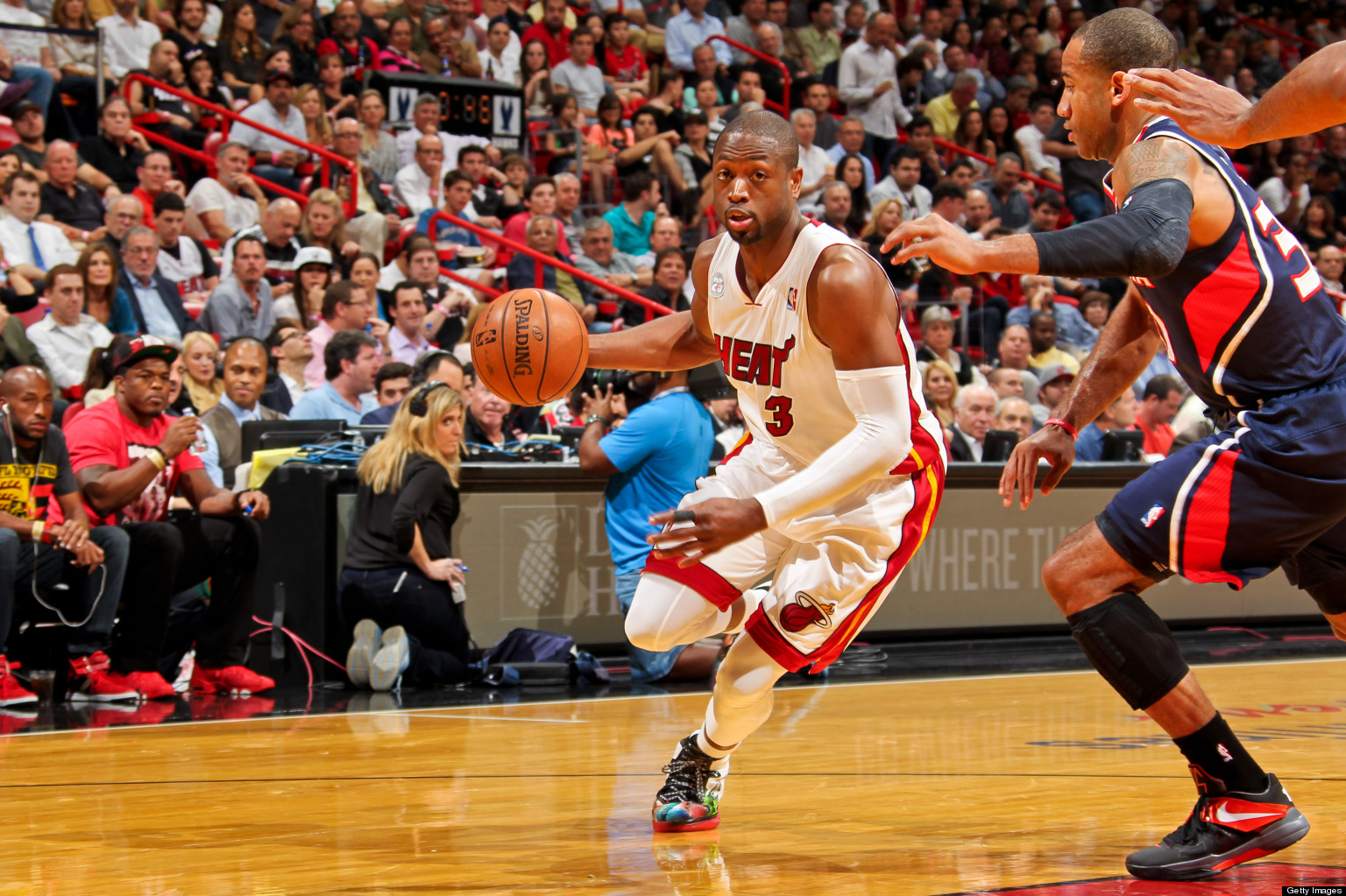 Dwyane Wade would look odd in any other jersey than a Heat one, so to see him re-sign in Miami seems right.

Wade was set on earning $20 million this season, after compromising his deals just about every season so far in his career to make his team better. In all his time with the Heat, Wade has never been the highest paid player.

Wade surprised quite a few people last season when he was putting up nightly averages of 21.5 points, 4.8 assists and 3.5 boards. For the Heat to have a starting five next season of Dragic, Wade, Deng, Bosh and Whitseside, as long as they also bring in some help off the bench, the Heat could be a genuine chance to come out of the East next season.

Click ‘Next’ to see the grade for the third free agent signing this offseason! All season long, rumors continued to escalate regarding the future of Kevin Love. With family ties to Los Angeles, the young and upcoming talent in Boston, would Kevin Love leave for a bigger role elsewhere? It turns out that winning is an important factor for Kevin Love, and Cleveland can provide him with another look at a deep playoff run.

Love shut down every rumor and reporter all season, stating he would remain a Cleveland Cavalier whenever that question was thrown his way. And now Ohio can breathe easy, Kevin Love is a long term Cavalier.

Love may not have put up the numbers last season as he did in previous years with the Wolves, but that is simply because the ball doesn’t need to be in his hands on every possession for his team to be successful. For the Cavaliers, Love averaged 16.4 points and 9.7 boards a game, which is pretty incredible seeing as he was the third scoring option all season.

We all love Tristan Thompson and everything he does for this team, but he simply doesn’t have the offensive prowess that Kevin Love does. Get used to seeing that #0 jersey at the ‘Q’ Cavs Nation, he’s going to be around for a very long time.

Click ‘Next’ to see the grade for the second free agent signing this offseason! The Dallas Mavericks hoped that bringing back Tyson Chandler would re-invent their rim protection. Although the numbers weren’t terrible by any means, they weren’t as good as the championship year of 2011.

The Mavs and Clipprs were frontrunners to land Jordan, with Chandler possibly being the second option for both. DeAndre Jordan is a more powerful and prominent version of Chandler, but wass looking for more responsibility within the offense.

Once Chandler agreed to a deal with the Suns, both teams were in do-or-die mode. The Mavs thought they had Jordan in the palms of their hands, but he decided his heart was with the Clippers. After making a few more moves, the Clippers are looking good, to say the least.

Click ‘Next’ to see the grade for the number one free agent signing this offseason! 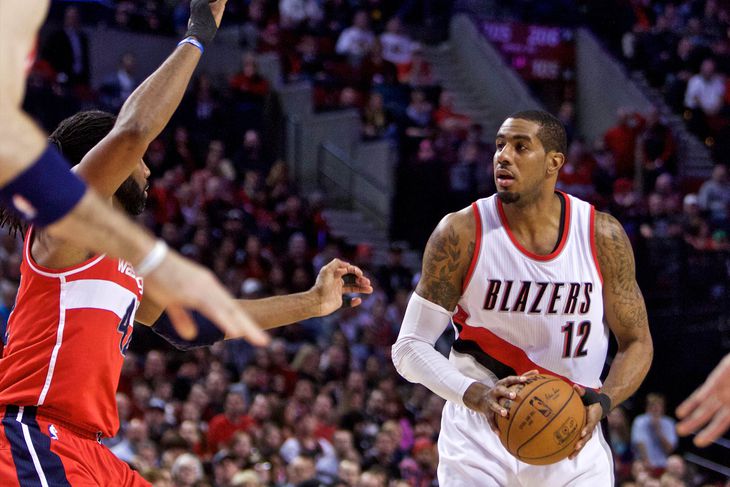 This deal just proves that the Spurs will never, not be good.

With rumors swirling around the futures of ageing veterans Tim Duncan, Manu Ginobli and even head coach Greg Popovich, some thought the Spurs dynasty may finally be coming to an end. Oh how wrong those doubters were.

The Spurs brought in a guy that averaged a double-double last season, who will fit in perfectly with their slow systematic style of play. It’s that fit, their history of winning, and a chance to play close to home that eventually lured the four time All-Star away from Rip City.

Aldridge had the opportunity to sign just about anywhere he wanted, with the Lakers and Knicks in full desperation mode, waiving max type contracts at just about anybody. Aldridge reportedly narrowed it down to two teams, the Phoenix Suns and San Antonio Spurs. Just like the 2014 NBA Finals, the Spurs prevailed.

This signing should truly delight Spurs fans all around the world. San Antonio will continue to compete for championships for what seems to be the next 5-10 years. With Aldridge on board, and Leonard rocking a fresh long-term contract, get used to seeing Spurs making runs deep into the playoffs for years to come.