The best trade Cavs can offer Pacers for Caris LeVert 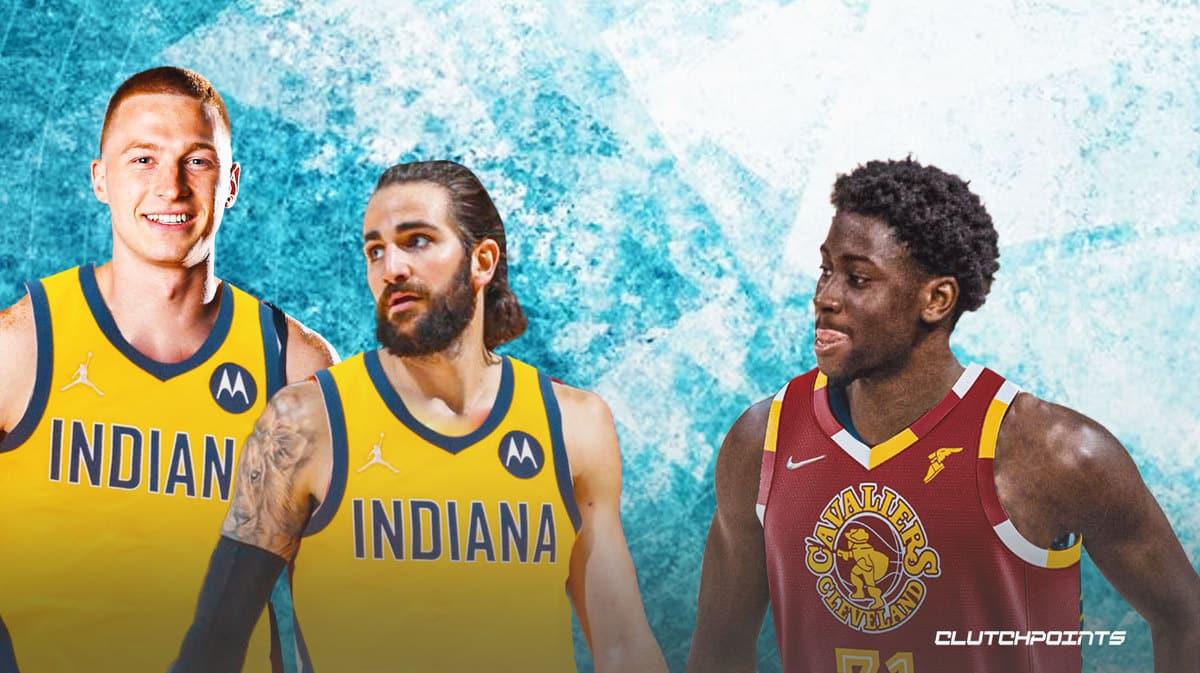 The Cleveland Cavaliers are looking for reinforcements to aid their playoff push. Additional offensive firepower will be key for them to add as they look to make a playoff push. The Cavs’ 17th-ranked offensive rating underscores their need for more scoring and they should have plenty of directions to go ahead of the trade deadline on February 10.

Caris LeVert has emerged as a serious target for the Cavs. The Indiana Pacers’ wing is averaging 18.7 points, 4.4 assists and 3.8 rebounds this season. With the Pacers receiving calls about practically every veteran player on their team, the 27-year-old should be available for trade.

The Cavs should be among the teams looking to add LeVert. Here is an ideal trade package that they could send to Indiana for him.

The Cavs receive LeVert in exchange for two players and a draft pick. He will provide another scorer-playmaker alongside Darius Garland, which Cleveland lacks. In a 42-point outing against the Chicago Bulls, LeVert showed that he could provide more scoring pop off the wing in the Cavs’ offense, which they could greatly use.

The Pacers, in return, are getting only two real assets. Rubio is involved to make the trade financially feasible, is injured for the rest of the season and will be a free agent this offseason. The Cavs have been looking to use Rubio as contract filler in a trade and should have a great opportunity to do so here.

Windler and the Rockets’ draft pick is the real crux of what Indiana will get back for LeVert. Because Houston is one of the worst teams in the league, the pick will effectively be a late first-round pick. For a player whose contract expires after next season and has a bad history with injuries, this is a solid return. It will give the Pacers a chance to add a potential long-term piece as they look to become a playoff team again.

Windler, a 25-year-old wing, hasn’t done much in his NBA career. His untapped potential as a shooter is there, as he is shooting 38.9 percent from deep this season. However, he is only playing 9.7 minutes per game. Indiana could offer the 2019 first-round pick a bigger role.

If the Pacers demand more from the Cavs in exchange for LeVert, they should be willing to part with their future second-round picks. Cleveland has extra second-round picks between 2025 and 2027 that they can add to the deal. These picks likely won’t amount to much anyway and are several years down the line. The Cavs can also the Pacers the right to swap draft picks.

One other route the Cavs could go is offering Collin Sexton. Although the preferred course of action would be to extend Sexton and benefit from his scoring abilities once he becomes healthy, the Pacers may be eager to add him. It would also net the Cavs more than just LeVert in a trade.

Dumping Sexton, a good scorer, just to add LeVert, another good scorer, is redundant. However, if Cleveland’s heart isn’t set on Sexton as a long-term piece, potentially using him to add some offense for this season and next season (as well as other assets) makes sense.