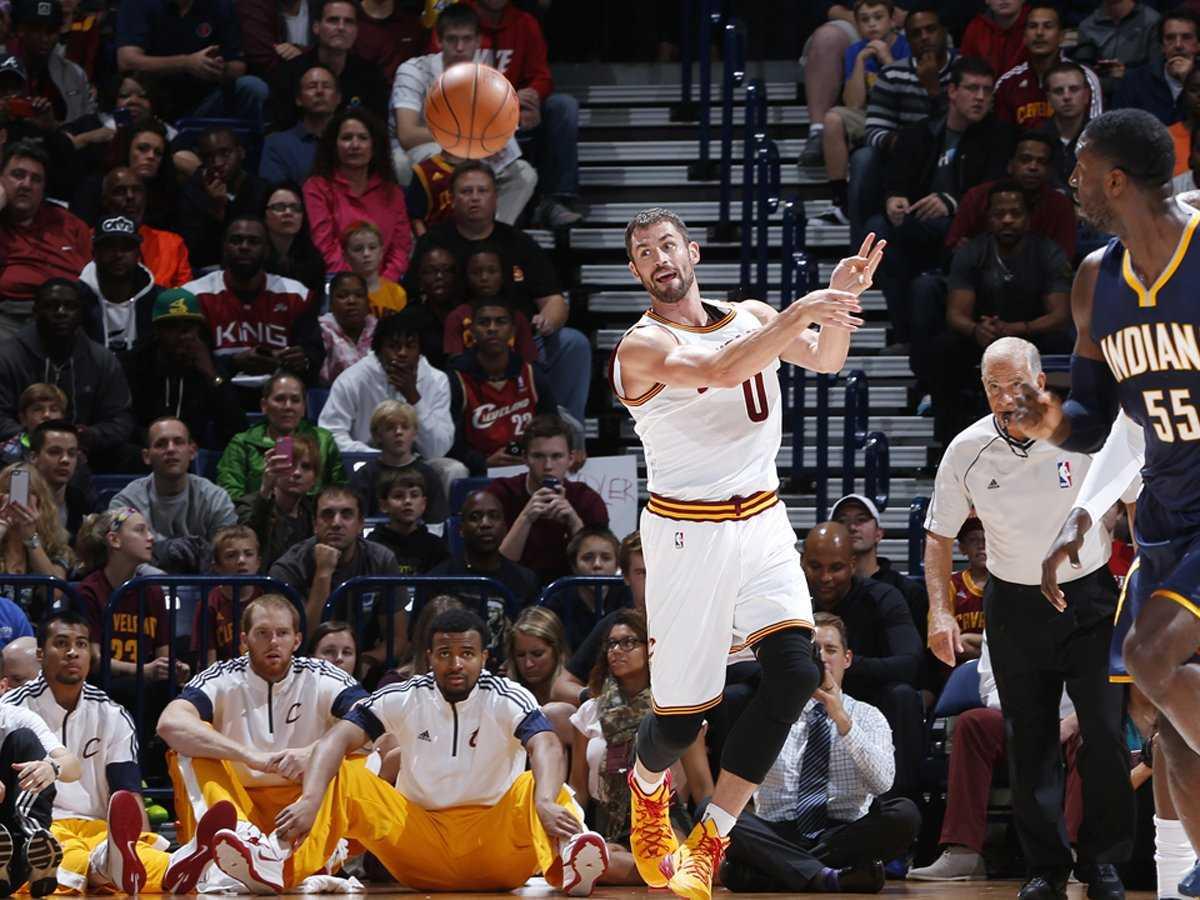 When people talk about great players, a topic that often enters the conversation is their signature moves. Hakeem Olajuwon had his “dream shake”, Kareem Abdul-Jabbar had the skyhook, Tim Hardaway had his pair of killer crossovers, and Tony Parker had the teardrop shot to name a few.

For the Cleveland Cavaliers’ Kevin Love, it is the outlet pass. Everyone can make a successful chest pass from down court, but no one does it with the accuracy of Love. When I say accurate, it is very much on point that it has become a thing of beauty when he does one. The Cavs are enjoying the benefits of this unique skill level especially with the personnel they have to catch those long passes.

In an article for The New York Times by Scott Cacciola, Love’s elite level ability was the topic of discourse.

Love, who detailed his approach in an interview last season, also said he had good role models growing up in the Portland area — former Trail Blazers like Bill Walton and Arvydas Sabonis, big men who were adept passers. And, of course, Love heard all about Unseld from his father, who would dig up game films of his former teammate.

Stan Love was a teammate of Wes Unseld in the 70s when they played for the Baltimore Bullets. In the article, the NBA legend talked about the outlet pass and directed all the credit to the younger Love.

I used to watch a lot of players — and I played with some — who would never throw an outlet pass. They could if they wanted to — they had as much ability and strength and knowledge that I had. But the difference is, when you throw that outlet pass, you’re not going to get the ball back. So they would rebound the ball and they would hold it, give it to a guard to dribble it up, and then post up and get the ball back so they could score. It just depends on how you look at the game.

I can’t sit here and pat myself on the back. That young man has done the work himself.

Like any other skill, it did not come as any accident to Love. His trainer, Rob McClanaghan, talked about how the All Star power forward worked hard to hone the necessary parts that eventually helped him succeed in perfecting the craft.

Strong, strong hands. I think that’s a major key here. He was doing fingertip push-ups with his dad going back to his youth days.

If you can’t get a rebound, there’s no outlet pass. It’s all tied together.

Kevin Love’s teammate, Joe Harris, knows how special that skill is and how it makes Love unique.

If you were to take anybody, really, and ask them how far they can pass it with a flick of the wrists, a lot of people couldn’t even get it to half court. It’s remarkably difficult.

A prerequisite to his signature passes is another skill that Love has been known for all these years. It’s cleaning up the glass. He is a career 11.7 rebounder and this season, his rebounding average is 10.6 per game. He is also well known for hauling down an unthinkable 31 rebounds in one game back in 2010.

As great as an outlet passer Kevin Love is, he still needs someone to pass the ball to and who could be a better recipient than LeBron James himself.

If I see LeBron with any sort of advantage. I’m going to throw it.

On that note, let’s leave this here.