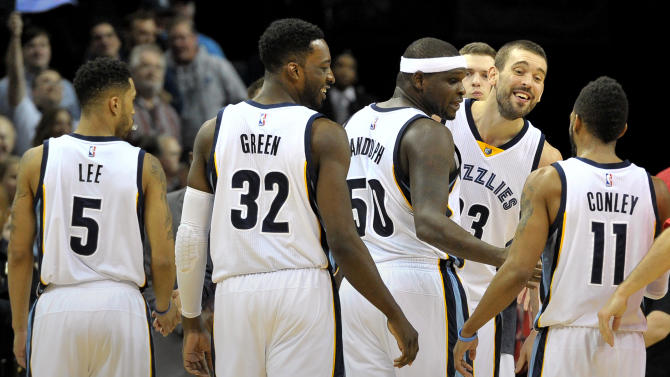 The Grizzlies bullied their way to a hot start led by Marc Gasol whose numbers got him into MVP conversations early on. He`s comfortably taken the recognition as the league’s best center as he`s definitely elevated his game, proven by his increased PER of 21.4 from 18.2 last season. Memphis takes pride in its grit and grind style which has resulted in them committing the 7th least turnovers per game, most two-point field goal points per game, a jump from 29th to 15th in free throw attempts, and going from 14th to 7th in thefts per game. Also, the addition of Jeff Green helps the Grizz by adding versatility and a new dimension being a capable stretch four.