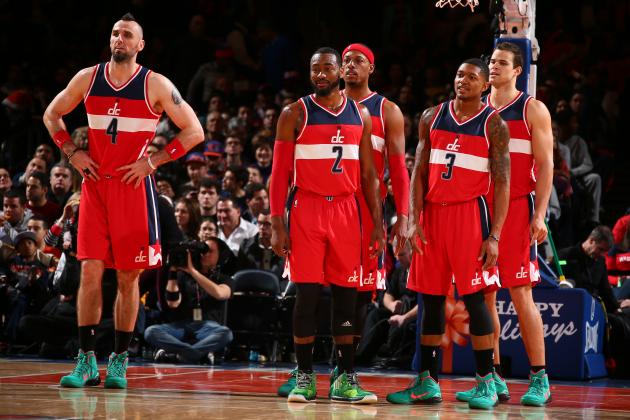 John Wall has improved his efficiency as a point guard, enjoying career highs in rebounds, assists, and field goal percentage. It seems that Wall has driven a sharing culture within the team resulting in the 6th best assists number in the league with 24.0 per contest. The Wizards have also learned to maximize their twin towers as they are second best when it comes to two-point field goal scoring which is a good jump from their number eight ranking last year. The Wiz improved their magic off the glass going from 20th last year to 11th this season.