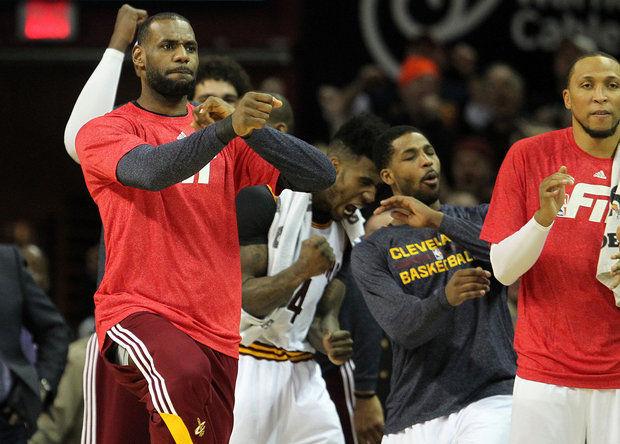 The 2014-2015 NBA wars has brought new beginnings to a number of franchises looking for that ticket to the next level. Players switch uniforms, team chemistry improves, youngsters come out of their cocoons, then-no name players find their niche, and old veterans discover the fire for that one last kick. We take a look at the ten teams who made the biggest leap from their previous campaigns to this season’s.

Note: Two other teams in the Orlando Magic and Philadelphia 76ers had the same increase in wins as the Detroit Pistons and Washington Wizards but the Magic and Sixers did not make the list as they weren’t in playoff race for much of the season.

The Pistons started the season poorly, going 5-23, but a bold move in releasing versatile forward Josh Smith for nothing paid dividends for the team as they went 26-27 from then on. As good as he is, Smith just wasn’t the right fit in Stan Van Gundy`s scheme of things. Detroit suffered a setback when they lost Brandon Jennings to a season ending injury but a midseason trade enabled them to land a promising point guard who knows how to win in Reggie Jackson. They have proven to be Piston-powered off the glass as they are the best offensive rebounding team in the league while ranking 4th in total rebounds. It also helps that Greg Monroe is playing for a contract. John Wall has improved his efficiency as a point guard, enjoying career highs in rebounds, assists, and field goal percentage. It seems that Wall has driven a sharing culture within the team resulting in the 6th best assists number in the league with 24.0 per contest. The Wizards have also learned to maximize their twin towers as they are second best when it comes to two-point field goal scoring which is a good jump from their number eight ranking last year. The Wiz improved their magic off the glass going from 20th last year to 11th this season.

The Grizzlies bullied their way to a hot start led by Marc Gasol whose numbers got him into MVP conversations early on. He`s comfortably taken the recognition as the league’s best center as he`s definitely elevated his game, proven by his increased PER of 21.4 from 18.2 last season. Memphis takes pride in its grit and grind style which has resulted in them committing the 7th least turnovers per game, most two-point field goal points per game, a jump from 29th to 15th in free throw attempts, and going from 14th to 7th in thefts per game. Also, the addition of Jeff Green helps the Grizz by adding versatility and a new dimension being a capable stretch four. The Pelicans go as far as The Brow takes them. Anthony Davis made a gigantic leap by upping his PER from an already elite 26.5 last year to an other worldly 31.0 this season. As a result, the Pelicans are gliding their way towards a possible playoff appearance. Outside of Davis, Tyreke Evans also gave his share by increasing his scoring, rebounding, and assist numbers for a lethal all around production. The Pelicans are the best shot blocking team in the league thanks to towering bigs such as Anthony Davis, Omer Asik, and Alexis Ajinca and these three have also allowed the Pels to go clean by committing way less fouls compared to last season.

Gordon Hayward has been worth the money this season as he`s scoring a career high 19.3 points per game on an improved 44.5% field goal shooting. He`s only the tip of the Jazz-berg as their twin towers in Rudy Gobert and Derrick Favors have also been unleashed. Gobert has played his way into strong consideration for the Most Improved Player award when Enes Kanter was traded, averaging 10.9 points on 59% shooting from the field, 13.4 rebounds, 0.9 steals, and 2.5 blocks, while Favors has improved his scoring to 16.2 points per game. The young and talented Jazz frontline allowed Utah to flourish defensively as evidenced by their up in league rankings from last year in the following categories, going from 16th to 4th in offensive boards, 20th to 3rd in block, and 18th to 1st in points allowed.

If I were to choose who Boston’s MVP or Most Valuable Personnel is, it has to be Coach Brad Stevens. The Celtics went from letting go of Rajon Rondo and Jeff Green, as they already looked towards the lottery, to securing a playoff berth late in the season. It`s ironic that when the C`s were already being penciled to be in the lottery, they found their savior in a former 60th pick – that`s dead last to those who are not aware. Isiah Thomas is leading the green attack by scoring 19.5 points, dishing 5.4 assists, and draining 2.3 threes since arriving in Boston. The Beantown Boys also improved dramatically in certain categories when comparing numbers from last year – 28th to 3rd in steals, 27th to 10th in turnovers, and 22nd to 5th in assists. To top it all off, they are the 3rd best team in defending the three point line. The Golden State Warriors made an exceptionally huge transformation from being a good team to a great team on both ends of the floor. They already had formidable rankings in certain categories last year but they chose to up the ante. As a result, the numbers are as follows – from 10th to 2nd in blocks, 13th to 4th in steals, 7th to 1st in assists, and 19th to 9th in free throw percentage. All while being the best shooting team in the league from all areas on the floor. Their display of excellence is being driven by a rookie coach in Steve Kerr, an MVP frontrunner in Stephen Curry, one of the league`s best shooters in Klay Thompson, and a breakthrough do-it-all forward in Draymond Green.

Obviously, the biggest reason for the Cavaliers’ turnaround is when LeBron James decided to come home. The controversial and, up to now, debatable trade for Kevin Love also gave the team a big boost despite the expected dip in Love’s performance. It’s also hard to miss out Kyrie Irving’s new found commitment on defense which is an undeniably huge factor in the Cavs’ winning ways. The Wine and Gold saw several leaps in a number of relevant categories such as points per game (22nd last year to 9th this season), assists (20th last year to 10th this season), free throw attempts (18th last year to 11th this season), and three pointers made (18th last year to 4th this year). The icing on the cake for the Cavs’ roster was probably the addition of starters JR Smith and Timofey Mozgov and bench stopper Iman Shumpert as their addition to the lineup ushered in a fresh start for the then-underachieving Cavaliers. To say the least, the current starting lineup of Cleveland has been on a rampage ever since its assembly. 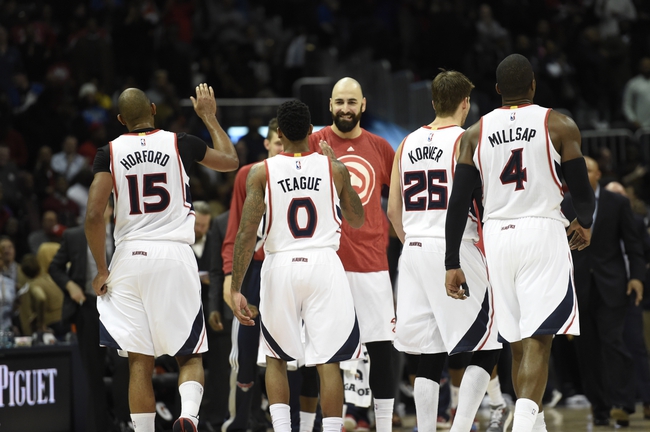 The Hawks made no major moves in the offseason as their improvement came from within resulting in an unprecedented strong hold at the top of the Eastern Conference standings. The perfect recognition of their style of play happened in February when all five starters were awarded the Eastern Conference Player of the Month honors for January and four of them, namely Al Horford, Paul Millsap, Jeff Teague, and Kyle Korver were selected to the East’s All Star squad. Outside of their offense, the team also sharpened their claws on defense and the result is a huge jump from last year’s 26th to this season’s 16th best shot blocking numbers and also an up from their 9th ranking last season to own the 5th best steals total per game. The Hawks are the Eastern Conference’s version of the mighty San Antonio Spurs with the way they move the ball and how they embrace the “we, not me” mentality. It also helps that Coach Bud is a product of Gregg Popovich’s genius.

The Bucks’ regular season is quite a story. From having one of the league’s worst record last year to hiring a new coach and bringing with him an unpredictability that has been the Bucks’ calling card this year. Jason Kidd has done a helluva job in coaching a team which lost its two top stalwarts in Jabari Parker and Larry Sanders to a season ending injury and off court issues, respectively, but lo and behold, the Deer has ran its course to a playoff berth. Anyone can explode for Milwaukee on any given night, be it Giannis Antetokounmpo, Khris Middleton, Zaza Pachulia, Michael Carter-Williams and the resurging Ersan Ilyasova. Moreover, the Bucks are enjoying an uptick in a number of categories when comparing this year’s stats to last seasons’, particularly in steals (from 28th to 1st), assists (from 17th to 7th), three point field goal percentage (from 20th to 7th), and field goal percentage (from 26th to 7th). They are also tops in forcing turnovers.