These days in the NBA, pre-game rituals are an important part of a player’s routine before tipoff. What once began as high-fives has now turned into complex handshakes, with players having a different handshake for each of their teammates. Similar to LeBron’s infamous chalk toss, some players also have a pre-game ritual that gets both themselves and the fans pumped up for the game. Scroll below to see the best pre-game rituals and handshakes from the 2014-2015 season!

KG has been doing the pregame head bump dating back to his first stint in MN, so its no surprise that he did it on the night of his return to the Timberwolves. 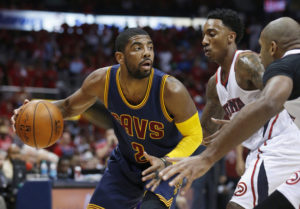