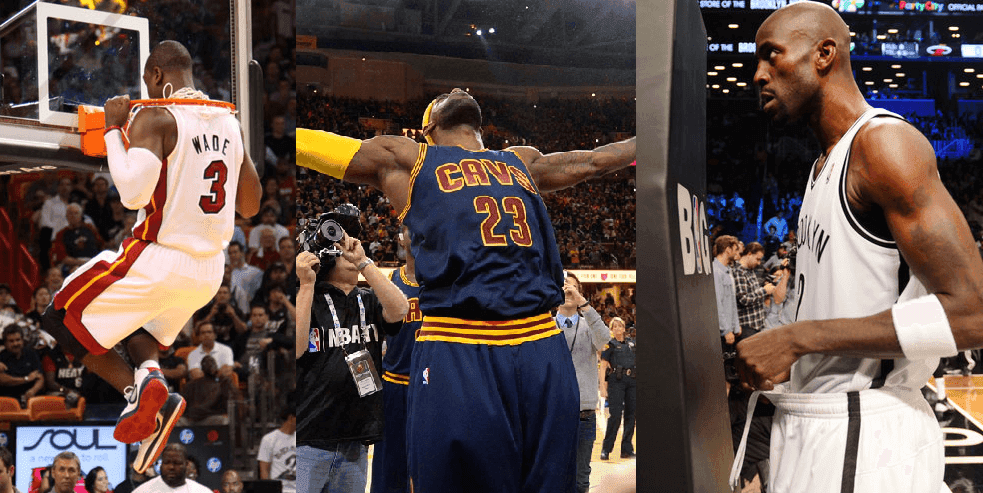 These days in the NBA, pre-game rituals are an important part of a player’s routine before tipoff. What once began as high-fives has now turned into complex handshakes, with players having a different handshake for each of their teammates. Similar to LeBron’s infamous chalk toss, some players also have a pre-game ritual that gets both themselves and the fans pumped up for the game. Scroll below to see the best pre-game rituals and handshakes from the 2014-2015 season!

KG has been doing the pregame head bump dating back to his first stint in MN, so its no surprise that he did it on the night of his return to the Timberwolves.

Wade has done the rim pullups for as long as anyone can remember. They really show off his upper body strength.

The two Cavs star players have a weird handshake that seems somewhat messy. Still, it seems hard to replicate. The point guard and forwards have a creative handshake, including a bow dating back to Lin’s days on the Knicks and Rockets. 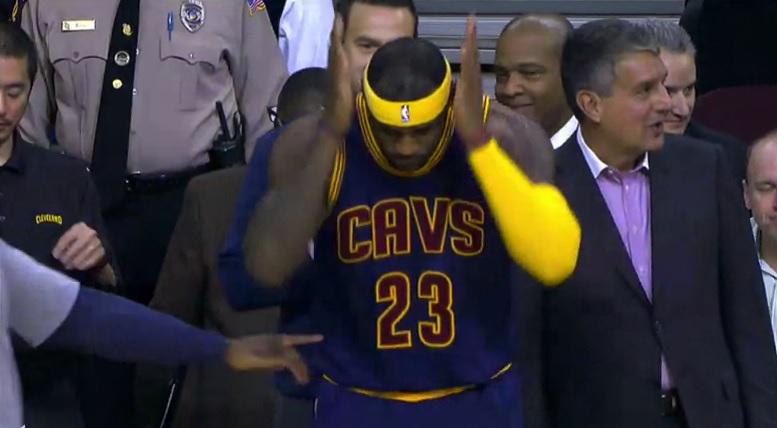 The King and Shump do this handshake that involves brushing the sides of the hair (mainly because of shump’s hair).

This is definitely a creative handshake, although it must have taken alot of practice to get it down.

Steph first began the tunnel shot early-on in his career, and he has backed up farther every year since. He even includes a security guard in the ritual, who dishes the ball to him for the shot. LeBron James chalk toss is known worldwide as one of the greatest pregame rituals of all time. James hasn’t done it much lately, but it serves as a huge pump up for the fans when he does so. 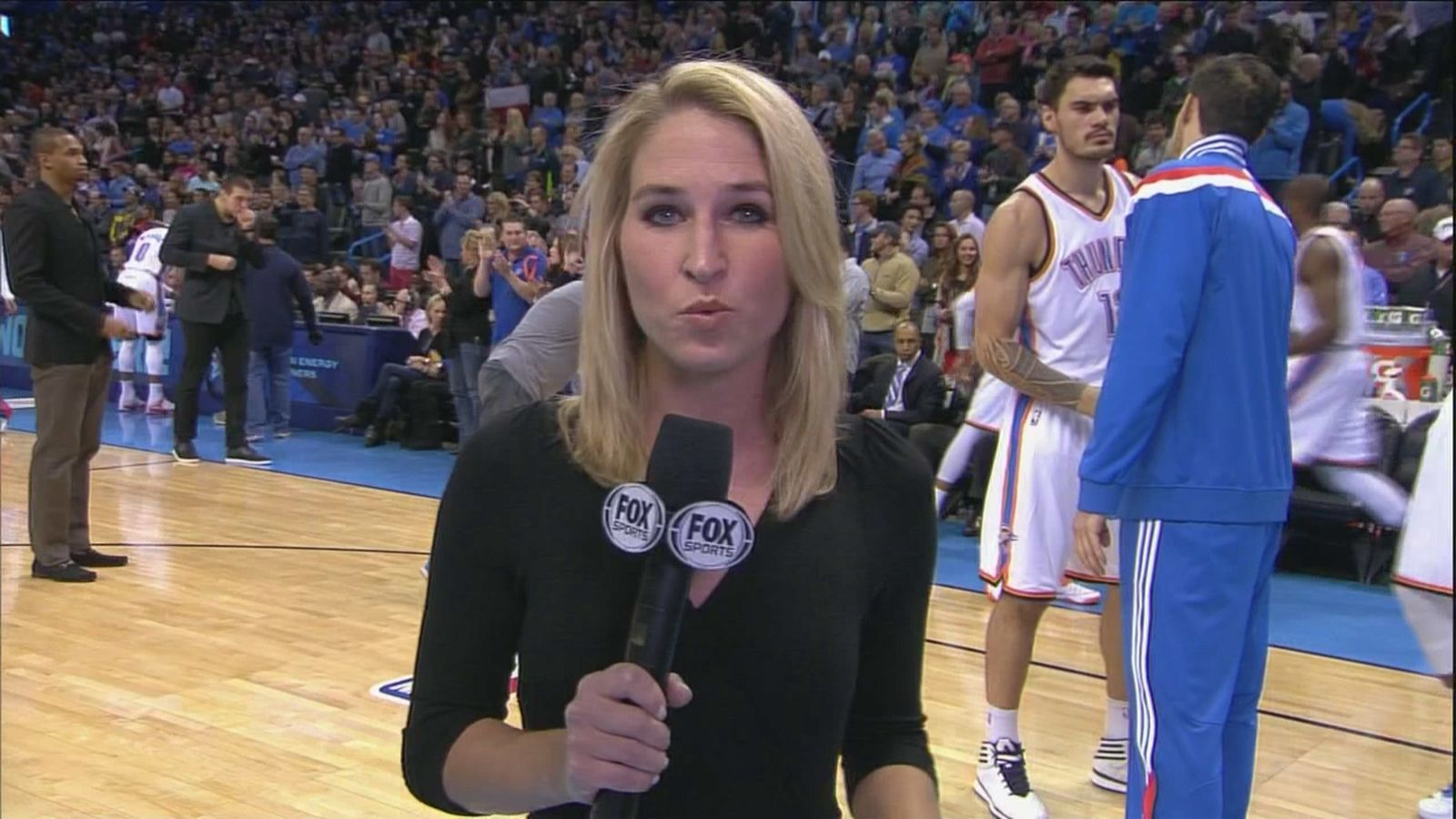 Collison and Adams join in for a serious hand shake. Maybe too serious?

You can find the best pregame ritual on the next page 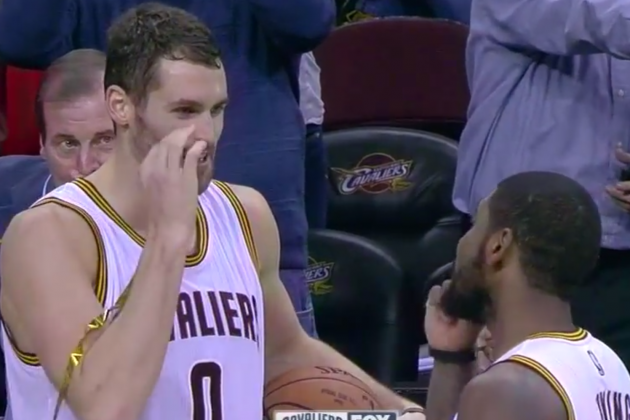 When the cameras caught Kyrie and KLove’s handshake for the first time, everyone was convinced that they were referencing smoking. These rumors were shot down, as they claimed that they’re rolling the ends of their mustaches. haha.