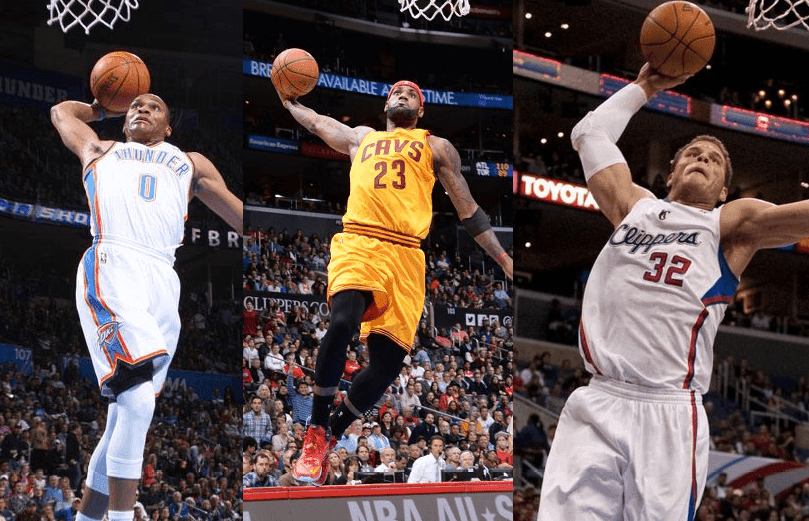 The slam dunk is the fans’ favorite display of athleticism. The NBA is home to some of the most incredible athletes in the world and some of these freaks of nature are well-known for their dunking prowess. Sadly, the NBA’s All-Star Weekend is no longer filled with the elite dunkers like what we had in the past. Once upon a time, the Slam Dunk Contest had world-class players competing for that trophy. Michael Jordan, Julius Erving, Dominique Wilkins, Kobe Bryant, and Vince Carter are the names that used to compete.

We sure have the powerhouses that make defenses part like the Red Sea and the crafty finishers around the rim, but the NBA’s Dunk Contest saw a rebirth in fans this year with the rise of Aaron Gordon and Zach LaVine. Some of these players make you jump out of your seat when you see them closing in on the rim with their two-step gather. On that note, here are your Top 10 NBA dunkers:

Victor Oladipo is becoming a pillar in which the Orlando Magic are building the rest of their team around. He’s a highly skilled player that thrives when the defense gives him an open lane. What widens eyes on an Oladipo slam is the ease in which he gets up, gliding and finishing smoothly at the rim. He loves the front-on contact and finishes regardless.

Click “Next” to see the ninth best dunker in the NBA! DeAndre Jordan is widely knows as a shot blocker and finisher around the rim that’s why he’s such a prolific figure for the Dallas Mavericks, ah, I mean, Los Angeles Clippers. Jordan has straight up embarrassed guys at the front of the rim, but unfortunately for Brandon Knight, there’s been no bigger attraction than his attempted block. This play happened two years ago but it doesn’t get old for obvious reasons.

Click “Next” to see the eighth best dunker in the NBA!

The question that will forever be asked is this, “Did the Cavs make the right decision in trading the young superstar for Kevin Love?”. However, questions will never be asked of the young Canadian’s ability to dunk the ball. His athleticism is off the charts and he should be featured in multiple dunk contests throughout his career.

Click “Next” to see the seventh best dunker in the NBA!

There aren’t many players in the NBA that finish with the authority close to that of Russell Westbrook’s. His explosiveness off the dribble takes his opponents by surprise while his finish at the rim surprises no one. While his game-dunks are some of the best in the world, Westbrook’s passion and post-dunk celebration is almost as good as the actual thing.

Click “Next” to see the sixth best dunker in the NBA!

LeBron James genuinely strikes fear into his opponent when he gets a head of steam leading him into the middle of the paint. No player sees as many guys clear out of the way when he drives as the Cavalier forward. James finishes with the most authority of anyone in the league and uses his ability to throw the ball down as a genuine weapon. He will not, and cannot, be stopped.

Click “Next” to see the fifth best dunker in the NBA!

Blake Griffin is another one of those guys that started out his career as a dunker and not much else. His overall game has come so far since that point and is now brought up in every MVP conversations. Although the rest of his game has improved, Griffin’s ability to slam the ball has not changed. The power in which he dunks the ball almost goes unmatched and he can humiliate the meanest of opponent, such as Kendrick Perkins.

Click “Next” to see the fourth best dunker in the NBA!

Terrence Ross was a questionable pick for the Raptors at number eight in the 2012 draft but his ability to dunk on some of the league’s best shot-blockers is far from questionable. Ross was a known dunker coming into the league and has done well to expand his game to beyond the three-point arc. In fact, Ross is a co-holder of the Raptors’ single game scoring record with Vince Carter (51). But what the fans truly enjoy about watching Terrence Ross is his need to dunk on the opposing team’s best rim protector.

Click “Next” to see the third best dunker in the NBA! Gerald Green is currently on his eighth NBA city in ten seasons. He hops and skips teams like it’s nobody’s business, but always finds a roster spot because he sells tickets. He could kiss the rim at any given moment and his dunking prowess leaves commentators speechless. Green shows us something new with his head above the rim almost every night and this one is definitely his most impressive.

Click “Next” to see the second best dunker in the NBA! 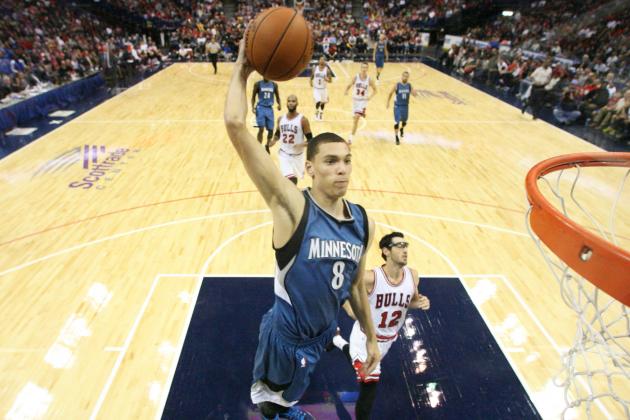 This guy was born with springs for legs. His leaping ability makes him one of the best dunkers in the world and that was showcased in last year’s dunk contest. LaVine showed his creativity during last season’s All-Star weekend, blowing his opponents out of the water as he was crowned Slam Dunk Champion.

Click “Next” to see the best dunker in the NBA! 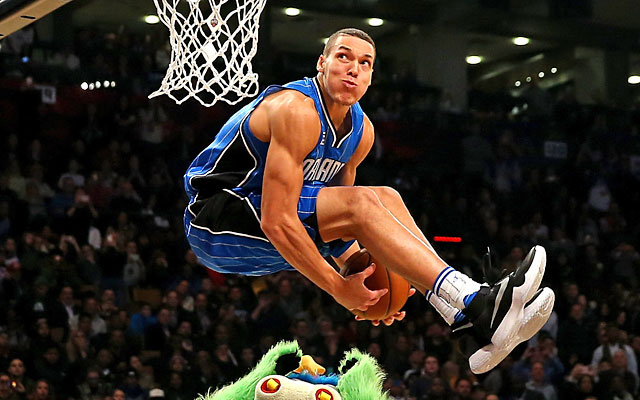 Yeah, we know Zach LaVine was the official winner of the 2016 NBA Dunk Contest at All Star Weekend, but Aaron Gordon had one of the greatest dunks of all time. All of his dunks were spectacular, but jumping over the mascot including both legs over him and putting the ball under your legs before throwing it down…ON THE FIRST ATTEMPT?! Sorry Zach, but Aaron had the greatest dunk, possibly, of all time.