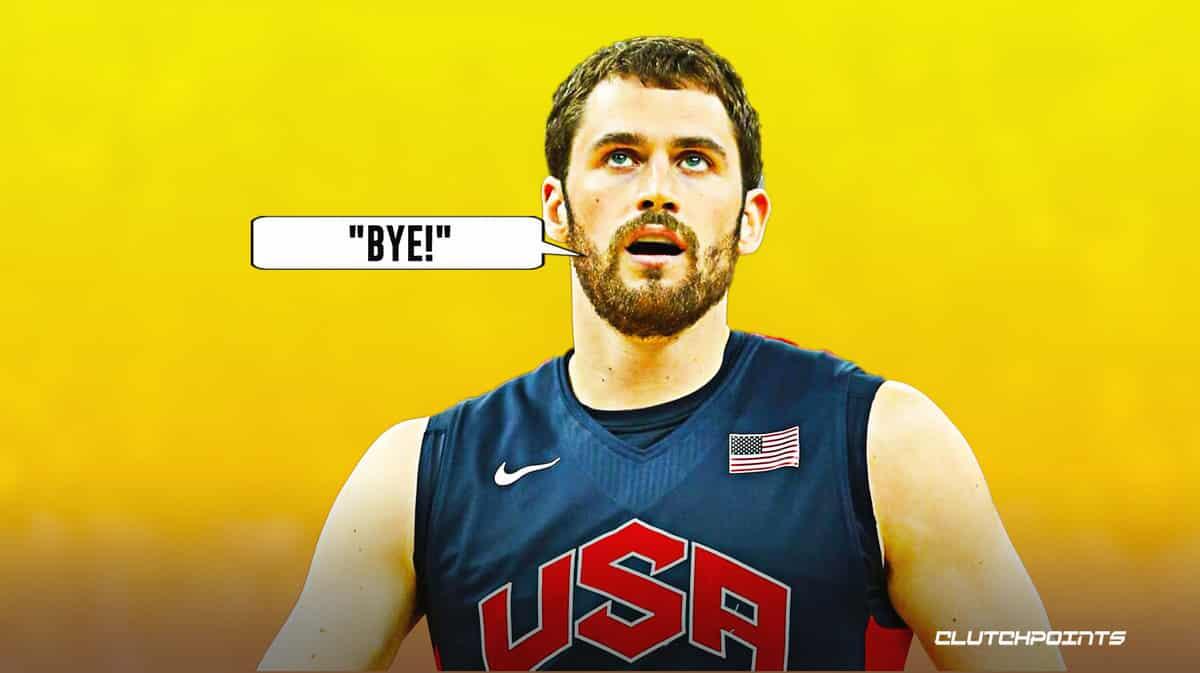 The Team USA men’s basketball team hasn’t had any stability in the lead up to the Tokyo Olympics. Bradley Beal was ruled out for the games after falling on the health and safety protocols list. The team lost two exhibitions back-to-back to Nigeria and Australia as well. Now, Kevin Love is bouncing from participation.

As reported by ESPN’s Adrian Wojnarowski, Kevin Love will not be playing for Team USA after deciding to leave.

After spending 10 days in Las Vegas preparing for the Olympics, Cleveland’s Kevin Love is withdrawing from Team USA and won’t travel to Tokyo, sources tell ESPN. Love is still returning to full form from a right calf injury that kept him out a significant part of the NBA season.

Agent Jeff Schwartz of @excelbasketball has confirmed news to ESPN and shared statement from Love: "I am incredibly disappointed to not be heading to Tokyo with Team USA, but you need to be at absolute peak performance to compete at the Olympic level and I am just not there yet." https://t.co/Ph6DfKZOIf

The move by Kevin Love comes as somewhat of a surprise as the exhibitions are winding down and Team USA is preparing to head out to Tokyo for the Olympics. Now, they’ll have to find replacements for both Love and Beal.

It’s been an odd year for Kevin Love who played in just 25 games this past year for the Cavs and was visibly frustrated at times during the season. The Olympics appeared to be providing a fresh start and a good opportunity for the Cavs forward to reignite things and for him to get back to himself on the court. Instead, he’ll be staying back and watching Team USA now like the rest of us.

A likely replacement would appear to be Julius Randle of the New York Knicks. Team USA CEO Jerry Colangelo said back in June the race between Randle and Love for a roster spot was super close with the team in the end opting to go with Kevin Love. Now, Randle could see his phone ring.

It’ll be an offseason full of question marks as the Cavs try to figure out what to do with Love and his massive contract and now, he won’t be in the Olympics either.