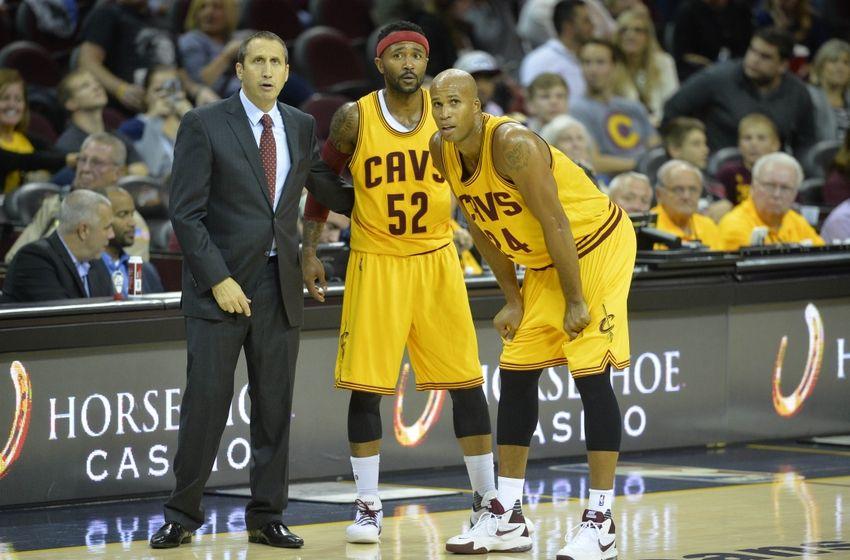 The Cleveland Cavaliers started the season on a very upbeat note when they welcomed back Anderson Varejao and Mo Williams along with newcomer Richard Jefferson to their fold. These veterans were expected to be contributors to an already solid Cavaliers roster that was good enough to win 34 of their last 43 regular season games last year.

RELATED: Mo Williams Gets A Bit Creative With His New Jersey Number

They all had good runs to start the 2015-2016 campaign but the return of regulars Iman Shumpert and Kyrie Irving meant lesser roles for them. For Varejao, the gradual decrease in his minutes was more of coach David Blatt’s decision due to the team’s crowded frontcourt. Meanwhile, Williams suffered a minor injury which allowed Matthew Dellavedova, who was already playing very well, to further solidify his spot ahead of the former All Star. While Jefferson was the odd man out in an already deep wing rotation composed of LeBron James, J.R. Smith, and Iman Shumpert.

In a recent article, Jason Lloyd of the Akron Beacon Journal talked about the sacrifices that these three grizzled veterans needed to make. He even quoted coach Blatt on the topic.

Guys gotta understand and I’ve told them this, only so many guys can play. That’s just the reality of the limitations of the game. Some guys may find themselves for no other reason other than that not playing many minutes or not playing at all. Not because they’re not good enough or they’re not doing their job, it’s the reality of how many guys you can play and what the situation is on the floor.

Depth is a good problem to have for the Cavaliers. It allows the coaching staff to play around with multiple combinations while providing invaluable insurance policies if anything happens to anyone (knock on wood). The team is blessed with players who can do multiple things on the floor led by LeBron James who can play and defend all five positions. They have the shooters, defenders, and enforcers who are more than happy to do the dirty job for the team.

But a diminished role isn’t a knock on any of these players. Anderson Varejao, Mo Williams, and Richard Jefferson could all contribute when their numbers are called. That’s the beauty of having capable and level-headed veterans.

Their skills are still very much useful to the Cavs. Varejao possesses Tristan Thompson’s energy and despite being not as athletic as Thompson, his smarts and passing skills make up for his lack of bounce. Williams is instant offense off the bench and he is a perfect compliment to Dellavedova in terms of being able to bring that scoring punch when the rugged Australian gets checked. It’s obvious that Jefferson is no longer the high-flier that he once used to be, but during the off-season, he was able to develop a very reliable catch-and-shoot game from long distance.

Maybe this lessened court time would serve them best individually if they want to make noise during the time when everyone’s eyes are on them. The Cavaliers are expected to go deep in the playoffs and during that period, matchup adjustments is the name of the game, making depth a very valuable asset. If the “Old Three” continues to be healthy when postseason arrives, the “Big Three” would be enjoying the luxury of having lesser burden to ensure that they are in the freshest condition possible when they play in May and, possibly, June.