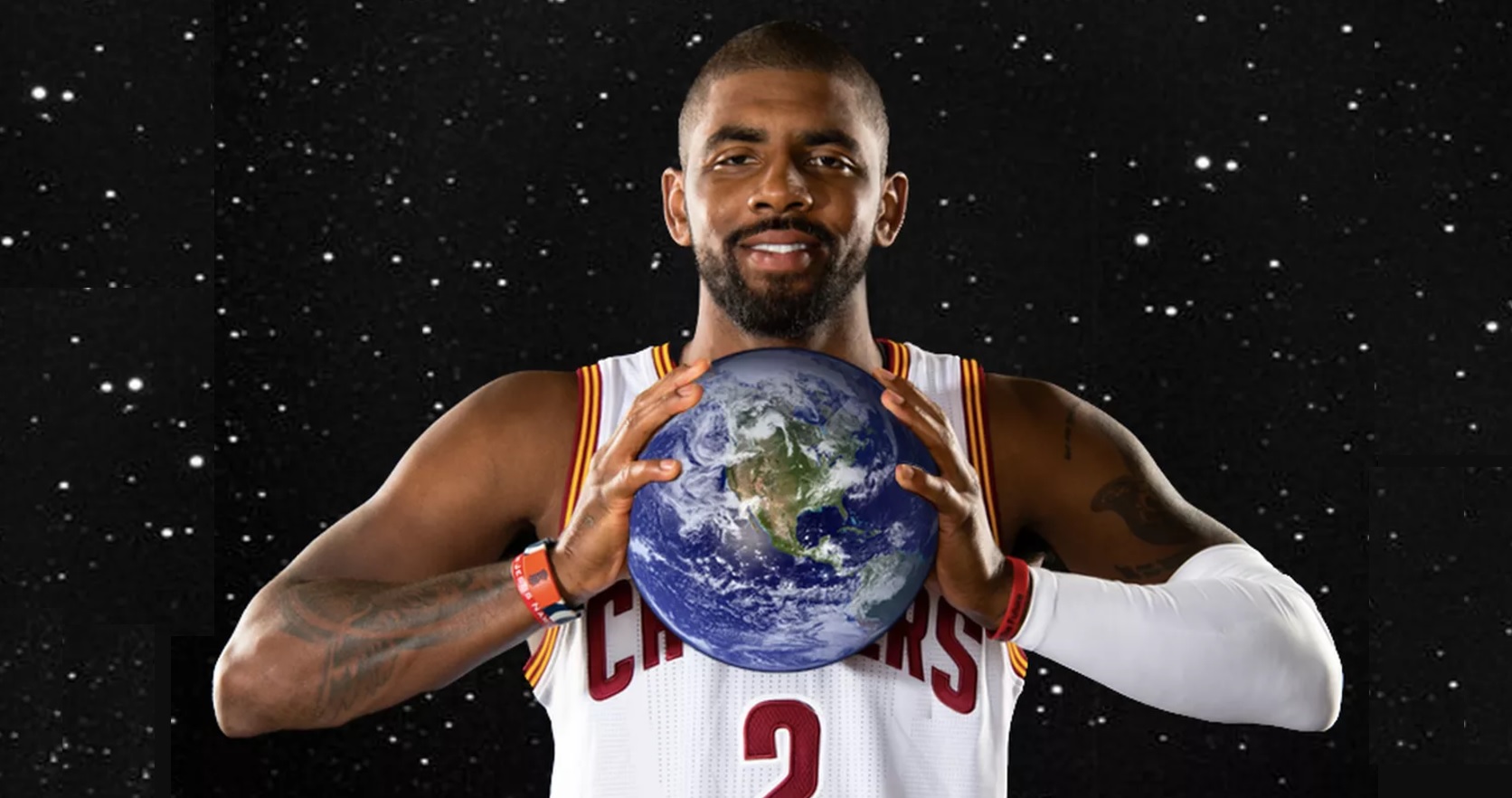 During last season’s NBA All-Star festivities, Cleveland Cavaliers point guard Kyrie Irving joined his teammates, Richard Jefferson and Channing Frye, on their hit podcast show, ‘Road Trippin.’ Amid their wide-ranging discussion, Irving made a rather bold claim, stating that the Earth is flat.

“The Earth is flat (x 3), Kyrie said during the show. “All these things that particular groups — I won’t even pinpoint one group — that they almost offer up this education. The fact that, in our lifetimes, there are so many holes and so many pockets in our history is unbelievable.

“For what I’ve known for as many years, what I’ve been taught is that the Earth is round,” Irving admitted. “But I mean, if you really think about it from a landscape of the way we travel, the way we move, and the fact that, can you really think of us rotating around the sun and all planets align, rotating in specific dates, being perpendicular with what’s going on with these planets?”

After the podcast was released, Joe Vardon of cleveland.com caught up with Irving to ask him about his flat Earth comments. The former Duke stand-out said he was trying to make a point. Their full exchange can be seen in the two videos below.

Now, months later, Irving’s remarks seem to be creating a unique set of challenges for Susan Yoon, a professor at the University of Pennsylvania’s Graduate School of Education who trains future science teachers. One of Yoon’s trainees, middle school teacher Nick Gurol, says his students got the idea of a flat planet from Irving after hearing him on the podcast.

“And immediately I start to panic,” Gurol tells Avi Wolfman-Arent of npr.org. “How have I failed these kids so badly they think the Earth is flat just because a basketball player says it?” He says he tried reasoning with the students and showed them a video. Nothing worked.

“They think that I’m part of this larger conspiracy of being a round-Earther,” Gurol continues. “That’s definitely hard for me because it feels like science isn’t real to them.”

Irving is one of the most recognizable faces in all of sports. When an athlete ascends to the level of superstar, one who inspires kids all across the globe as Irving does, a certain amount of responsibility attaches itself to their name. Whether that athlete wants it or not, they’re looked at as a role model to many. Everyone is entitled to their own beliefs, it’s true. However, maybe Uncle Drew should take a more cautious approach in voicing his next time. 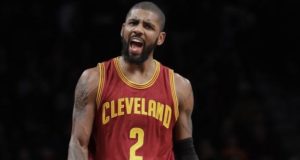 JUST IN: Kyrie Irving first player to average least 25 points and five assists and not lead his team in either category
Related TopicsCavaliersKyrie Irving