Taking a Chance on Chauncey Billups? 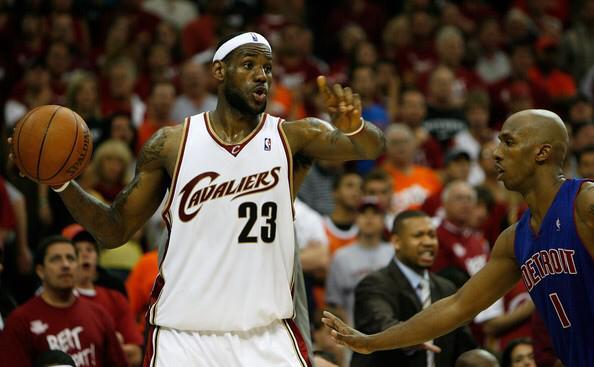 Just like they have been for the past few weeks, the Cavs have their eyes on another NBA veteran. This time it’s Chauncey Billups that the Cavs are targeting. According to Scott Sargent of WFNY, Billups spent all day yesterday in Cleveland meeting with multiple people associated with team including, assistant coach Tyronn Lue, general manager David Griffin, and head coach David Blatt.

Billups, a five time NBA all-star, as well as MVP of the Finals in 2004, will turn 38 this year and is definitely nearing the end of a spectacular career. Another indication that Billups’ career is almost coming to an end is that he hasn’t played more than 22 games since the 2010-2011 season. With all this being said, it’s definitely worth wondering what Chauncey still put out on the basketball court. Would he be the old injured veteran that he’s been portraying for the past few years, or will he find the fountain of youth in Cleveland and be an important veteran asset off the bench?

{adinserter 2} One sure thing he could provide the Cavaliers is great mentorship to the younger players on the team that might get caught up in the media frenzy due to the addition of LeBron James. Billups is very interested in helping out younger players, the primary reason he was on the Pistons last season. He has had many coaching offers, including one from the Cavs before we opted with David Blatt. The situation with the Cavs would be an ideal one for both the Cavaliers organization as well as Billups. If signed, the Cavs will get an on-the -court coach and an extra set of eyes when it comes to the growth of young Cavalier players, and Chauncey will get a second chance to end his magnificent NBA career on the right note. In an interview Billups has had with 9News.com he stated that he is upset the way his past few years as a basketball player have gone and went on to say “you don’t want to end the way that my last couple seasons have ended. But I’m back now, just getting older…”

The Cavaliers currently have sixteen players on their roster, however would potentially lose a few if the deal with Kevin Love is finalized at the end of August. Recently the Cavaliers have been in talks with a few other NBA veterans including Shawn Marion, and Ray Allen. It appears as if the Cavs are trying to stack their roster with players that are ready to win now, so that they can make a push for the championship this upcoming season. Whether it is a good idea or a bad idea to all of these older players on the Cavs is yet to be determined. However, in the minds of the front office of our Cavaliers franchise it seems like the right thing to do. Dan Gilbert and his team know what they are doing. They are setting up the Cavs team not only to make the playoffs this season, but also at having a real shot at becoming the 2015 NBA Champions.